Germany: How four Chechen brothers combine modeling and martial arts | Germany | News and in-depth reporting from Berlin and beyond | DW | 02.11.2019

More than 10 years ago, the Dulatov family fled from Chechnya to Germany. Now, the Dulatov brothers are sought-after fashion models – though their ultimate goal is to become professional MMA fighters. 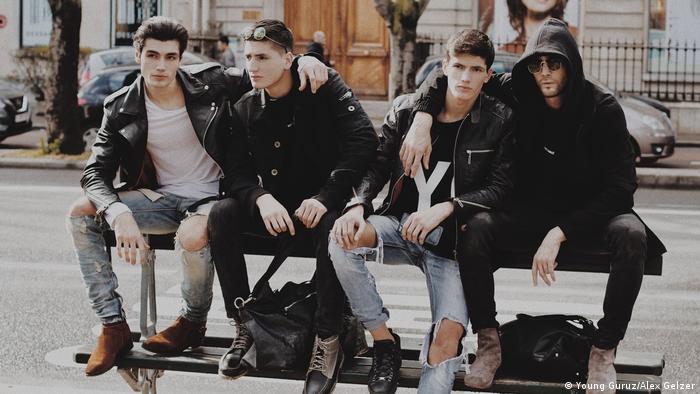 The brothers Sulumbek, 24, Tamerlan, 19, Islam, 21, and Djibril Dulatov, 25 (pictured from left to right) are all good-looking, allowing them to work as models, adorning the covers of magazines and sauntering down catwalks.

The Dulatov family fled Chechnya and came to the western German city of Dusseldorf 12 years ago. At home, they speak Chechen and sometimes Russian, too. They've learned to speak perfect German as well. But some fellow Chechens say Muslim men should be ashamed of working as models.

The Dulatov brothers were in the right place at the right time. Düsseldorf is known as one of Germany's fashion hot spots. Dotted along its famous Königsallee avenue are shops boasting the world's most well-known fashion labels. German top models Claudia Schiffer and Heidi Klum once worked here as models.

Djibril Dulatov, who at 25 is the oldest of the four brothers, was just 14 years old when he came to Dusseldorf. "I didn't know much about Germany; all I knew was that back home in Chechnya people praised the quality of German products." 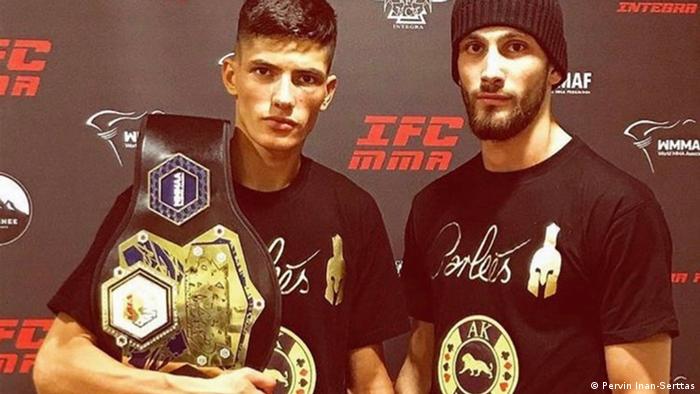 Fortunately, the four brothers quickly learned German and soon made friends. Though, as Djibril admits, "sometimes we had to use our fists too." He says word got around pretty fast that the brothers stuck together no matter what, which, he says, earned them respect.

His brother Sulumbek, who is just a year younger, says "Djibril had a big influence on us." He says back in their native Chechnya, they would go to the gym. After arriving in Germany, Djibril got them interested in boxing, wrestling and kickboxing. He says that later, they took part in multisport competitions.

Read more: How Russian media report on murder of Chechen man in Berlin

As the oldest of the four, Djibril is treated with great respect by his younger brothers. In a sense, he is like their coach, manager and publicist all in one.

Spotted by a fashion agent

When Djibril was 16, he used to work in a supermarket. One day, he went to an expensive shop to buy a belt. A woman queuing at the cash register turned around to him and asked if he would like to come to her agency's casting event.

At first, Djibril thought she was joking. "The lady complemented me on my looks, and I thought that was weird," he recalls.

"I can't pose in front of a camera — I'm a Chechen," he told her. But she handed him her card, telling him to talk it over with his parents, adding that "you may have a big fashion career ahead of you." At first, Djibril's father was against his son going to the casting but then his mother got him to change his mind. 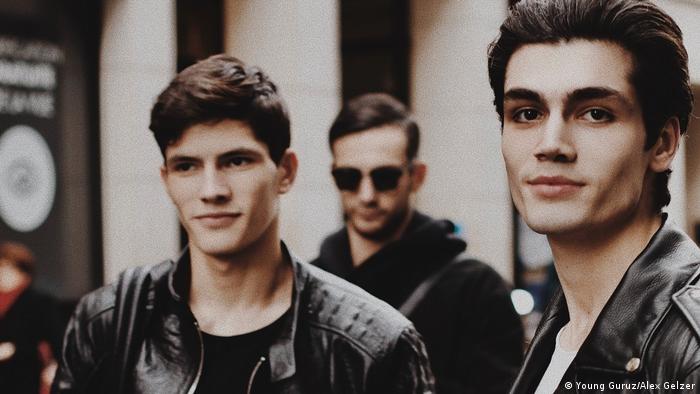 Islam and Sulumbek work for global modeling agency IMG Models, as do their two brothers

Djibril went to the shoot with his entire family. He says "it was nothing special, the photographer took a few pictures and that was it." Two months later he had his very first contract with French fashion label Lanvin. Over time, he also started modeling for Gucci, Alexander McQueen, Diesel and other labels. His work took him to Paris, London and Milan.

One time, Armani offered to pay him $140,000 to model underwear — Djibril refused. He says "Islam forbids me being photographed in clothing that does not reach down to my knees." He says he and his brother are serious about their faith.

Islam, who is 21 years old and twice won the European Mixed Martial Arts (MMA) championships, likes modeling because he gets to travel and see the world. Sport is important to him, too. "Working as a model lets me practice my favorite sport and live the life I want to."

24-year-old Sulumbek is deeply passionate about sport as well. But he's also a family man and a pious Muslim. "Like most Chechen people in Düsseldorf, we go to the mosque on a regular basis and we fast." He says his faith and love of sport help him maintain a certain discipline, which, he says "is important when you're young and ambitious."

In the long term, the Dulatov brothers say they want to focus on sport. Djibril, who is the German vice MMA champion, says "sport helped us integrate into German society, and has helped us meet other people who are just as passionate about sport as we are."

With modeling and training twice a day, the bothers have a pretty busy schedule. That leaves little time to hang out with friends. Sulumbek says they live a healthy lifestyle, with alcohol and tobacco being taboo. He says after fashion shows, he always heads straight back to his hotel to sleep. 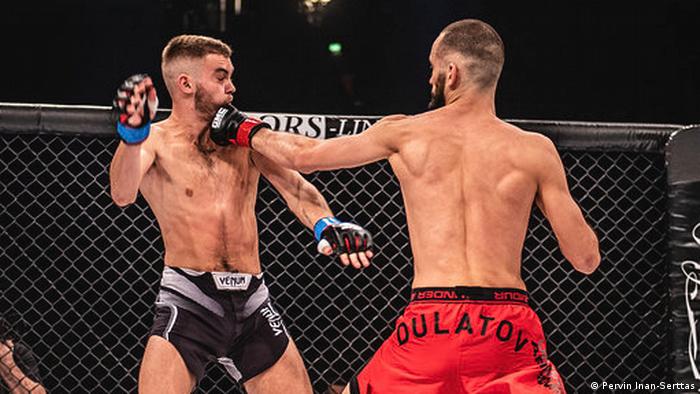 Djibril, the oldest of the four, says "we're a team, we share everything." Adding that "we even have a joint bank account, that's where all our money goes." He says the brothers plan to one day open their own, affordable, MMA gym, making the sport accessible to everyone. That way, he says, children from migrant families can join and spend their time doing something worthwhile.

The Dulatov brothers know that their modeling careers will inevitably come to end. "We're only in demand as long as we are young," Djibril says. Together with his brother Islam, Djibril recently joined the world of professional MMA fighting. Their aim is to win the world championship.

Djibril says MMA is sometimes mistakenly seen as a no-holds barred combat sport – when in reality, "there are many strict rules." But he does concede that MMA allows much more than traditional combat sport.

The brothers are coached by Max Schwindt, who hails from Kazakhstan. The former three-time junior MMA world champion is certain he can help them win the title. They're already training for the upcoming MMA tournament in Düsseldorf in April 2020. And whenever they have some downtime, they do fashion gigs in Paris, Milan, London or Berlin.

Once the brothers get German citizenship, they plan to branch out into the US market. Sven Melzer, their German agent, is very fond of them: "They have charm, and they have a sparkle in their eyes." He says the fact that they're brothers makes them even more interesting to fashion labels. "Labels are competing with each other to get the four brothers to model their designs on the catwalk."

Opinion: Russia still lives in the shadow of the Chechen war

The second war in Chechnya that started 20 years ago was supposed to be brief and victorious. Instead, its legacy continues to haunt Russia and Vladimir Putin, writes Konstantin Eggert. (30.09.2019)

A family from Chechnya has been denied asylum in Germany, despite death threats in their home country. Now they are to be deported to Russia, but human rights experts say they will have to fear for their lives there. (06.10.2019)