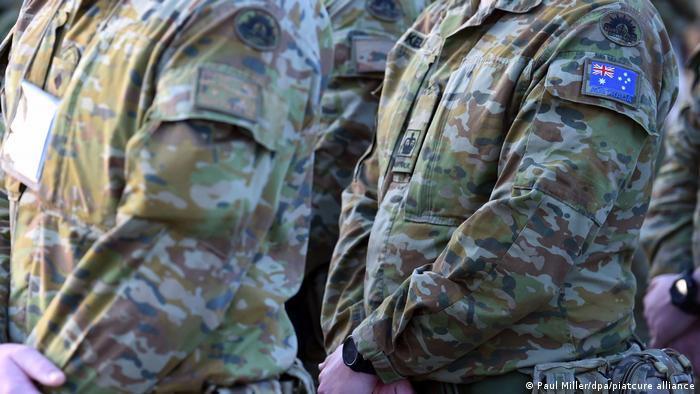 The remarks come as a rift deepens between Australia and China over trade issues and Beijing's approach to Taiwan.

"Today, as free nations again hear the beating drums and watch worryingly the militarization of issues that we had, until recent years, thought unlikely to be catalysts for war," Department of Home Affairs Secretary Mike Pezzullo said in a message to his staff on Sunday.

Pezzullo sent out the message to mark Anzac Day, which honors Australia's veterans.

On the same occasion, Defense Minister Peter Dutton raised the prospect of conflict between China and Taiwan, saying that he did not think this possibility "should be discounted."

How have Australian politicians reacted to the remarks?

Australian officials and lawmakers were split on Pezzullo and Dutton's comments amid rising tensions with Beijing.

In response to Pezzullo's statement, Home Affairs Minister Karen Andrews said "the overarching message from government is that we need to be alert but not alarmed."

Meanwhile, Premier Mark McGowan of the Western Australia state — which has close trade ties with China —  called on the federal government to "tone down" its language on military tensions.

"I'm not sure our senior public servants should be using that  language because I'm not sure what that actually helps except to cause more anxiety," Shorten said.

What did China say about Taiwan?

"It's hoped that the Australian side will fully recognize that the Taiwan question is highly sensitive, abide by the one-China principle, be prudent in its words and deeds, avoid sending any wrong signals to the Taiwan independence separatist forces and act in ways beneficial to peace and stability," Wang said.

What is the rift between Australia and China?

Last year, a rift between the two nations was deepened as Australia called for an independent inquiry into the origins of the coronavirus pandemic.

China — one of Canberra's biggest trade partners — has since imposed tariffs and other restrictions on certain Australian exports.

Beijing said the decision would "bring further damage to bilateral relations and will only end up hurting" Australia.

China's military buildup in the South China Sea has also prompted concern in the Indo-Pacific region.