Asian countries have quickly got used to the billions in tax revenues from dozens of luxury casino resorts. But chasing wealthy Chinese tourists amid an economic downturn is a gamble that could turn to bust. 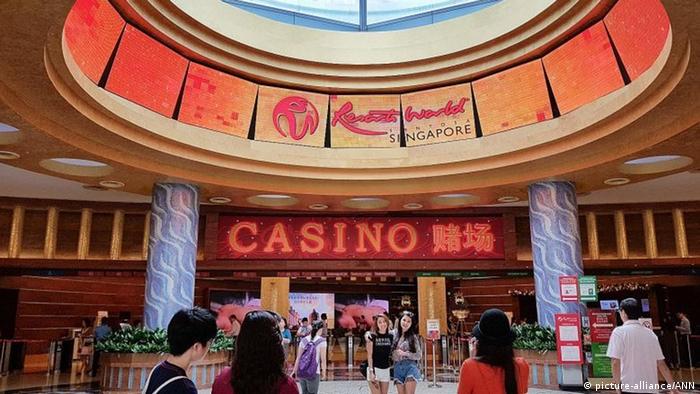 But Pachinko playing peaked years ago. In 2018, the amusements achieved revenues of 20 trillion yen ($180 billion, €165 billion), according to the Japan Productivity Center, a third less than a decade ago. As a result of the change in fortunes, last year, Japan's government liberalized the country's strict gambling laws to allow, for the first time, the construction of three luxury casino resorts.

Japan plans to make up the lost taxes from Pachinko's decline by luring China's growing wealthy and middle-class tourists to the new gambling establishments. The government said last week that eight cities and prefectures are now involved in a fierce battle to secure the right to host one of the resorts.

"Japan is one of the world's most advanced economies, so the returns are going to be huge," Glenn McCartney, an associate professor in International Integrated Resort Management at the University of Macau, told DW. "Several of the international gaming giants including all six players in Macau are bidding to run one of these resorts."

Resorts spring up across Asia

Several other Asian countries, including Singapore, the Philippines, Cambodia, Vietnam and Malaysia got a major headstart on Japan by opening huge palatial-themed casino resorts over the past decade, if not before. Also known as integrated resorts, the gambling is supposed to be just a small part of the overall shopping, entertainment and leisure experience. 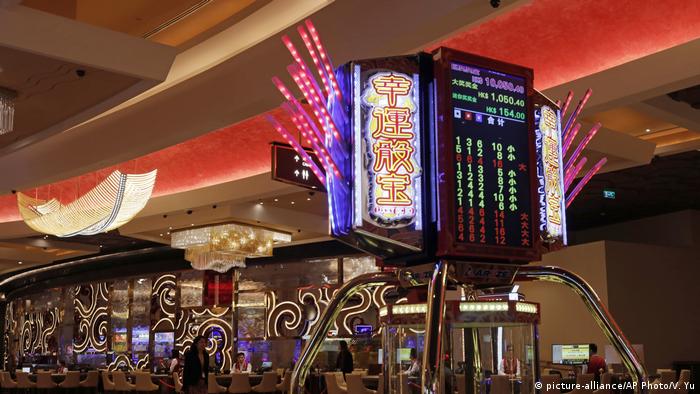 Last year, the region's biggest casinos — including Australia — achieved revenues of $49.23 billion, led by Macau, Asia's best-known gambling hub since the 1850s when it was a Portuguese colony. Macau had already staked its future on taxing casino revenues by the time it returned to Chinese rule in 1999. The Monte Carlo of the East now has 38 gambling establishments which bring in around 40% of the territory's gross domestic product (GDP). It is still the only place in China where gambling is allowed.

Asia is, however, on course for a potential casino building glut. More than 30 projects are planned over the next five or so years, including the three Japanese resorts, at a total cost of $65 billion. US research house Union Gaming has warned that governments and casino operators are being overly ambitious as GDP growth in Asia is unlikely to keep pace with the supply of new casinos in the short term.

"As a result, returns will be depressed and numerous projects (or even companies) will be deemed failures," Union Gaming analysts Grant Govertson and John DeCree said in a recent research note. The pair suggested that operators should aim to spread their investments "over 15 years rather than 5+ years." However, they predicted that as Japan's new casinos would serve a "highly localized market" the country's gambling sector would be insulated from any regional downturn. 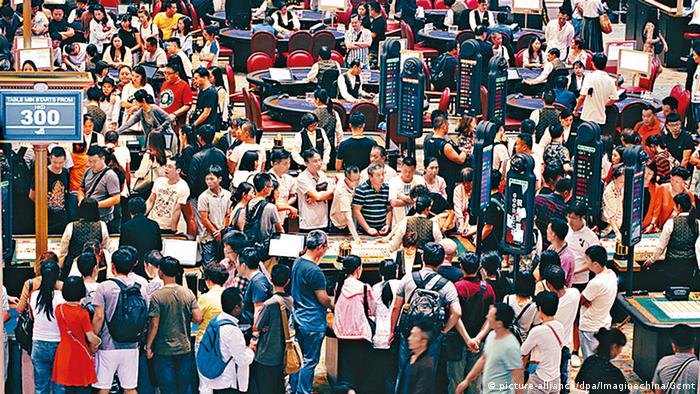 China's slowdown is already being felt in Macau's casinos, but Chinese tourists are still huge spenders

The Fitch ratings agency has made a similar assessment, warning that China's economic slowdown is already being felt across Asia's gaming sector. "The premium segment has already plateaued in markets such as Singapore and Australia but investment is continuing across the region, even as China's economy goes through a structural slowdown," a recent research note said.

Fitch predicted that Macau would see only low single-digital growth at best in the next few years, compared with an 18% rise in 2018. Instead, the firm told DW that casinos targeting mass-market tourists would enjoy steadier revenues because of "the growth of the [Chinese] middle class and infrastructure [across Asia]."

Despite China's slowdown, the country saw 120 million outbound tourists last year. So there's still a keen supply of Chinese nationals seeking to explore the rest of Asia along with their first chance to gamble legally.

"Growth is now coming not just from the likes of Beijing of Shanghai but from second- or third-tier Chinese cities where there is also a lot of wealth being generated," McCartney told DW. "So, I think there's still a long way to go in terms of growth."

Russia, South Korea, and Vietnam are also planning to open new casinos in the next few years. Philippines President Rodrigo Duterte is also set to resume casino licensing following a temporary ban on new permits after a glut of gambling establishments. South Korea already has 20 casinos in Seoul, Incheon and Busan, which are only open to foreigners.

Earlier this year, plans were announced for a new casino resort on Jeju Island, which will include five-star hotels, stores, homes, theaters, a theme park and a golf course; a strategy McCartney thinks other Asian casino operators could replicate to boost their nongaming revenues.

"90% of all Macau's [resort] revenues currently come from gaming, whereas in Vegas, 65% is nongaming," he said, adding that the presence of casino resorts also helps boost a city's existing MICE (meetings, incentives, conferences, and exhibitions) facilities.

Bumazhny, however, thinks Asian markets are "highly unlikely" to reach the level of nongaming diversification achieved by Las Vegas due to the motives of the typical Chinese gambler.

"Gaming revenues are very high in these [Asian] markets making it hard for other revenues to make a sizable contribution to the overall pie," he told DW, adding that table games in Macau and Singapore generate two-three times the amount of revenues per day as in Las Vegas.

Australian and Chinese employees of a casino company have pleaded guilty to charges relating to gambling. The three Australians were sentenced to nine to 10 months of imprisonment each, an official says. (26.06.2017)

Two nuns stole money from St. James Catholic School in California to fund gambling trips to Las Vegas. The school does not want to press charges, but the Archdiocese of Los Angeles said it will be a "complaining party." (11.12.2018)

Chinese media have reported that authorities have ordered UnionPay and other credit card services to limit cash withdrawals for visitors to the gambling enclave Macau in a bid to stem capital flight from mainland China. (09.12.2016)