Two of Taiwan's allies have severed diplomatic ties with Taipei in the past few days. Amid concerns that China is trying to isolate Taiwan, experts say there are still ways with which it can maintain international clout. 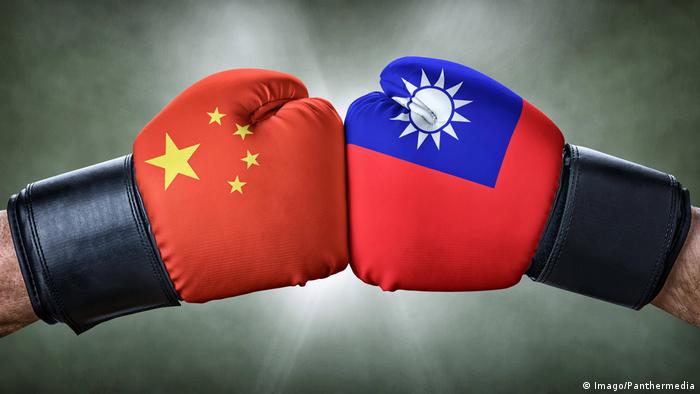 Taiwan suffered a diplomatic setback last week with two of its former allies – Solomon Islands and Kiribati – choosing to sever ties with Taipei. This leaves only 15 countries in the world that recognize its sovereignty. Since 2016, Taiwan has lost five allies to China.

China's aggressive diplomatic efforts to isolate Taiwan have alarmed the authorities in Taipei, as they feel they are being systematically cornered.

Since Taiwanese President Tsai Ing-wen came to power in 2016, China has piled more pressure on Taiwan. China has also been blocking Taiwanese representatives from attending international conferences as observers.

"Beijing's main objective has always been to use this strategy as a psychological weapon against Taiwan," Jonathan Sullivan, director of the China Policy Institute at the University of Nottingham, told DW.

Experts say that while the decision by some countries to sever diplomatic ties with Taiwan won't seriously affect Taipei's position, it nonetheless is a worrying trend.

"Taiwan presents itself as a sovereign nation. One of the elements of sovereignty is having diplomatic relations with other countries," Bonnie Glaser, a senior advisor for Asia at the Center for Strategic and International Studies, told DW. "If Taiwan eventually loses all diplomatic allies, it could weaken its claim to be a sovereign nation. From that perspective, I think it is important for Taiwan to not lose its remaining diplomatic partners."

Analysts say Taiwan also needs to focus on maintaining informal relations with the EU and countries like the US and Japan. Glaser believes the Taiwanese government should try to enter into agreements with these countries. This, she says, will increase its international competitiveness.

"Some countries are more engaged with Taiwan in certain areas," Glaser explained.

The expert is of the view that an increased engagement with other countries would be beneficial for Taiwan, irrespective of diplomatic recognition. "And under President Tsai Ing-wen, this has dramatically increased."

"Taiwan can play a constructive role in working with a number of countries that want to counter China's expansion in the Indo-Pacific region," Kharis Templeman, a Taiwan expert, told DW. "That will be more beneficial for Taiwan's security in the long run," he added.

"China has been very successful in preventing Taiwan from participating in multilateral meetings, and this strategy is constraining Taiwan's voice in the international community," Glaser said, adding that for this reason Taiwan should try to launch new platforms, or even organizations, and invite other countries to join them.

Many in Taiwan are concerned about China's alleged interference in domestic politics ahead of the presidential vote. Beijing's international efforts to diplomatically isolate China may also have a domestic angle, analysts say.

On September 23, Taiwan's National Security Council warned that more allies could change allegiance to China in the coming months. But some say that the strategy won't be very effective for Beijing.

Templeman points out that the Chinese government has always avoided targeting Taiwan's diplomatic allies around the elections, as it could increase resentment against Beijing on the island.

Analyst Glaser also says that Beijing's recent diplomatic campaign is not aimed at influencing the upcoming presidential election. "I think China will find more covert ways to interfere with Taiwan's domestic politics, as some things that Beijing does can easily backfire."

The United States has approved the sale of 66 advanced F-16 fighter jets to Taiwan. The sale adds to already tense relations between Beijing and Washington. (21.08.2019)