Aryan Khan: Was Bollywood star′s son targeted for political reasons? | Asia | An in-depth look at news from across the continent | DW | 28.10.2021

Aryan Khan, the son of Indian film superstar Shah Rukh Khan was arrested on drug charges and denied bail for weeks. Authorities have been accused of unfairly targeting the family of a Muslim celebrity. 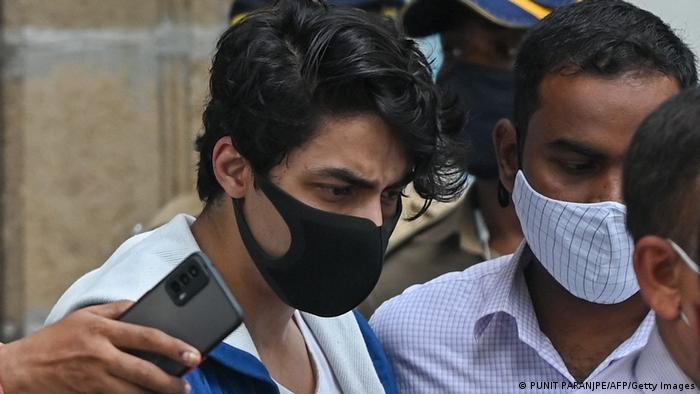 On October 2, Aryan Khan, son of Bollywood actor Shah Rukh Khan, was arrested during a drugs raid by police on a cruise ship rave party off the coast of Mumbai.

Although no drugs were recovered from 23-year-old Khan, he has been held in Mumbai Central Prison since October 8, having been repeatedly denied bail until a Mumbai court on Thursday accepted his appeal.

Khan, along with two others accused, are to be released by tomorrow evening, the court said. Thursday's ruling comes after two lower courts had rejected the bail applications.

The high-profile case is being talked about all over India, with the celebrity scion's supporters saying he is being unfairly targeted by authorities due to his father's fame.

Investigators with India's Narcotics Control Bureau (NCB) allege that Khan is part of a larger conspiracy to procure drugs from an international network. 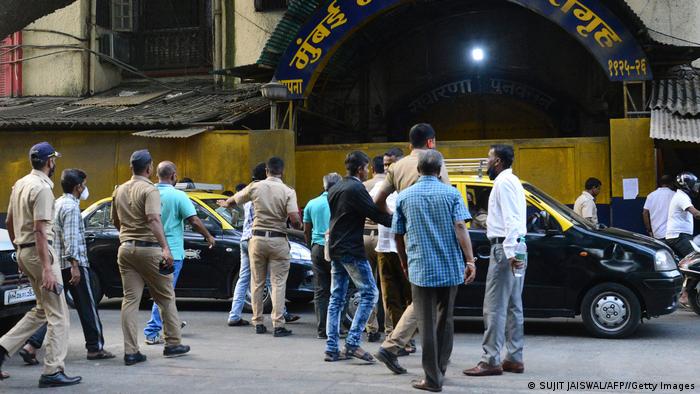 Khan is being held at Mumbai's Arthur Road Jail

Khan's lawyers have raised questions over the legality of the lower courts repeatedly denying bail on drug charges, since no drugs were found, and the primary evidence was based on WhatsApp chats.

Over the past few years, Bollywood stars have often found themselves caught up in cases related to drugs.

In a case similar to Khan's, actress Rhea Chakraborty was arrested in September 2020 for allegedly buying drugs for her boyfriend, actor Sushant Singh Rajput.

In both cases, the accused people with film-industry connections were repeatedly denied bail. And in both cases, investigators relied heavily on WhatsApp chats from the phones of the arrested people to make their case and claimed that the accused were part of a broader conspiracy to distribute drugs.

"No celebrity is bigger than the law. But the law still needs to be followed scrupulously regardless of the status of the accused," Rebecca John, a senior advocate at India's Supreme Court, told DW.

"In this case, if Aryan Khan was not Shah Rukh Khan's son, he may well have been out on bail long ago," John added.

"In that sense the law has been abused to incarcerate a young man in express violation of constitutional protections," said John, who is among India's most esteemed lawyers, famous for having taken up many high-profile cases.

Vikas Pahwa, also a senior lawyer, suggested that Aryan Khan was paying a price for his celebrity status.

"When there is no recovery [of drugs], there is no evidence of consumption. There is a blatant misuse of procedures," Pahwa told DW.

Some say that a trend is emerging in India in which authorities deny bail in high-profile cases.

"What seems to be gaining more and more acceptance on a jurisprudential level is that denial of bail is viewed somehow as being a sign of judicial uprightness," Fuzail Ahmad Ayyubi, a lawyer at the Indian Supreme Court, told DW.

"Whether legal procedures have been followed or not is perhaps not the question here, rather it is the use of discretion envisaged in bail matters that is at the root of the problem," Ayyubi added.

Are Indian authorities targeting the Khans?

Shah Rukh Khan is one of India's most famous celebrities and has been called the "king of Bollywood." Khan is also a member of India's Muslim community, which has led some to believe there is a political motive behind his son's arrest.

"The target is not Aryan Khan, it is Shah Rukh, who has held sway in the country as the biggest celebrity the nation has ever seen," Saira Shah Halim, a rights activist and educator, told DW.

"There is a motive to tarnish Shah Rukh's brand, and then dismantle the other Khans by making it appear as if they have fallen from grace," she added.

Halim said she believes the case of Aryan Khan is part of a larger ploy to reap political dividends by making a famous Muslim family look bad.

And Halim is not alone in her opinion.

In a recent article in the Indian Express titled "Crushing the Stars," academic Pratap Bhanu Mehta argued that there is an ideological war on a constructed "Muslimness."

This includes making Muslim religiosity invisible in public spaces, including by curbing cultural expression, from food to Muslim celebrities.

According to Mehta, the point of authorities ostensibly taming Bollywood excess is not to show that film stars are equal before the law, but is rather to demonstrate who has real power and the ability to control the cultural order.

"Admittedly, the accused is Shah Rukh Khan's son, not the star himself, but in the whole process, the target could not be clearer," Mehta said.

Surprisingly, not many Bollywood celebrities have come out openly in support of Shah Rukh Khan, with only a handful taking to social media.

"He has always stood up for every cause for the film industry. And the astute silence of the same film industry in his moment of crisis is nothing short of shameful."

"You are saying there is a 'possible' connection to his 'international' racket based on 'WhatsApp' chat recovered from his phone, that you confiscated on a 'bust' where he 'had nothing'? And you have been fishing for days and yet not found anything?"