Cinema complexes are shutting down nationwide, while hundreds of films have been indefinitely postponed. Bollywood has estimated losses in the millions. 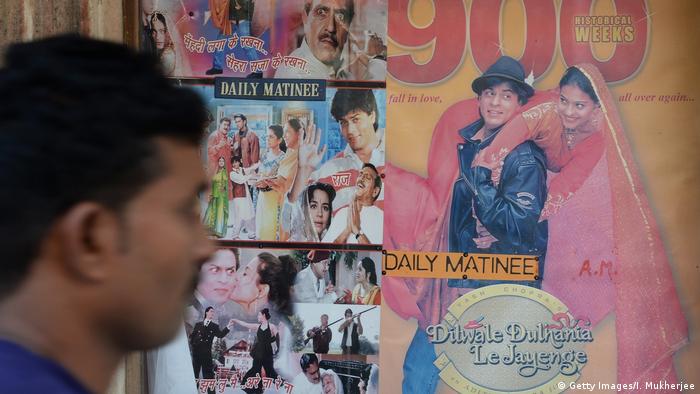 India's film industry — the world's largest in terms of the number of films produced — has not been immune to the impacts of the coronavirus pandemic.

The industry has been on the decline since India's first COVID-19 lockdown in March last year.

Major film productions have been shelved or indefinitely postponed, while thousands of cinemas have shut down, prompting job losses across the country.

"This is an industry which is already dealing with losses going into millions, and it is going to be worse than 2020 if losses keep on mounting," a senior trade analyst told DW.

Around 1,600 to 1,800 films are typically produced in India every year in various languages. About 200 to 250 of them are in the Hindi language, popularly known as Bollywood films.

Bollywood during the pandemic

No happy end in sight for Bollywood's day laborers

"It is a worrying situation. Many big releases have been hit, and this has disrupted the entire production chain. Losses have been incurred and worryingly nobody has an answer when the situation will normalize," said Taran Adarsh, another trade analyst.

The film industry in south India — or Tollywood — is staring at its worst crisis with losses pegged at 9 billion rupees, as a slew of films, including possible blockbusters, still lie unreleased.

Unlike films in Kannada, Tamil and Telugu languages, where mega production houses and corporate-political backing are the norm, a majority of films produced in Kerala, southern India, are from small production houses.

"The film industry is undergoing major losses. I had to release my movie, Bhoomi, through the digital platform this year. At the end of the day, we need audiences back and theaters to open for a vibrant industry that we always knew," Sujatha Vijayakumar, a Tamil film producer, told DW.

Hundreds and thousands of workers affected

Across the country, theaters and film multiplexes lie deserted.

According to a 2020 report from accounting firm Ernst & Young, India had around 9,527 screens out of which there were around 6,327 single-screen theaters and 3,200 multiplexes. Last year, around 1,000 screens shut down permanently.

"With thousands of screens countrywide forced to close down, and many employees, not just of cinemas, but even their supply chains and other stakeholders facing personal hardship. It is a tough situation," said Gautam Dutta, CEO of PVR Cinemas.

"It is estimated that the Indian cinema exhibition industry had lost theatrical revenues of close to 120 billion rupees in 2020-21. There has also been additional impact on revenues in terms of lost concession sales, and screen advertising sales," Dutta added.

According to the Federation of Western India Cine Employees, over 250,000 workers, including entertainers, makeup artists, set designers, carpenters and backstage dancers have also been affected by the pandemic.

Depending on the scale of a film, sets can employ anywhere between 300 and 500 people, including crew, main cast, junior artists and stuntmen.

"Obviously, smaller artists and workers in the industry have been impacted. Shoots are happening now but there is considerable uncertainty in peoples' minds about the return of blockbusters and if they will throng cinema halls," said film critic Namrata Joshi.

With cinema halls still near empty due to the lockdown in many parts of the country, several producers are opting to release their films on streaming platforms without waiting for a theatrical release.

As cinema enthusiasts are stuck at home, streaming media service platforms have turned into the "new big screen." There are over 45 such services in India, also known as over-the-top (OTT) platforms. Industry trends indicate that with access to better networks, digital connectivity and smartphones, OTT platforms in India have been increasingly attracting subscribers on a daily basis.

India's rappers in the spotlight

Radhe, the first budget Bollywood film starring Salman Khan, was deferred multiple times for a theater release but then shown on OTT platforms in May. Several other blockbusters are also expected to follow suit in the coming months.

"Major production houses are turning to OTT platforms for their new releases. We have to take the giant leap and adapt. Directors, producers and even actors realize that this platform is going to be increasingly relevant," said film producer Sai Krishna.

India's streaming market is expected to grow 31% from 2019 to 2024, with revenues reaching $2.7 billion, according to consultancy firm PricewaterhouseCoopers. Cinema revenues are estimated to contract 2.6% in the same period.

Low cost and efficient mobile recharge packages, along with good internet connectivity, have permitted both rural and urban populations to consume video content at a rapid rate.

"What I have noticed also is there is a distinct change in viewing preferences in this crisis, especially in rural India, where people are seeing movies on their phones. People have turned adversity into advantage," said actor Shabana Azmi.

Yet, many Indians still yearn for the cinematic experience, and are waiting for the reopening of theater halls.