Do you trust AI? If not, what would it take? The European Commission says there are seven steps to building trust in artificial intelligence. It's published the latest findings from a high-level expert group. 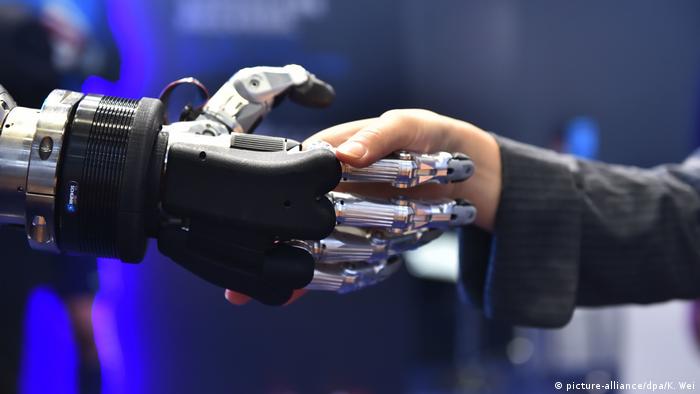 This being a new report from the European Commission, it should come as no surprise that its "seven essentials for achieving trustworthy AI," and robotics are themselves only one of three über-steps.

The other two steps include a "large-scale pilot with partners" and "building international consensus for human-centric AI" — more on both later.

But accountable by whom, for what and to whom, when, where and how? And with what level of enforcement?

The European Commissioner for Digital Economy and Society Mariya Gabriel says the EU is taking "an important step towards ethical and secure AI. We now have a solid foundation based on EU values and following an extensive and constructive engagement from many stakeholders including businesses, academia and civil society."

The seven essentials have been released as part of the European Commission's AI Strategy from 2018. They were designed by a high-level expert group, known as HLEG.

It aims to increase public engagement in the AI debate. But if it truly wants to achieve that, the Commission will have to improve its own communication tactics — or simply speak more plainly.

And get down to brass tacks.

In a press release, Ursula Pachl, HLEG member and deputy director general of the consumer group, BEUC, said it was "crucial to go beyond ethics now and establish mandatory rules to ensure AI decision-making is fair, accountable and transparent."

On Tuesday, April 9, the AI expert group (HLEG) will present their work so far during a "Digital Day" in Brussels.

The Commission also plans to launch an as yet ill-defined "pilot phase" in summer 2019 during which, it is assumed, further discussions will be held with so-called stakeholders.

Then, after that pilot phase ends in early 2020, the HLEG will review their findings and feedback.

On the international stage, the Commission says it will "strengthen cooperation with like-minded partners such as Japan, Canada and Singapore" and take an active role in G7 and G20 discussions, involving companies and other organizations.

But there's little detail so far on how the EU hopes to position itself as AI, machine learning and AI-assisted technologies, such as health and voice interaction media, are increasingly "monetized." There is nothing in those essentials on that.

Get smart with DW Discoveries and your voice assistant