The north London club confirmed the signing of the German goalkeeper on Tuesday. Leno was part of Germany's preliminary World Cup squad, but was not selected as part of the final 23 that traveled to Russia. 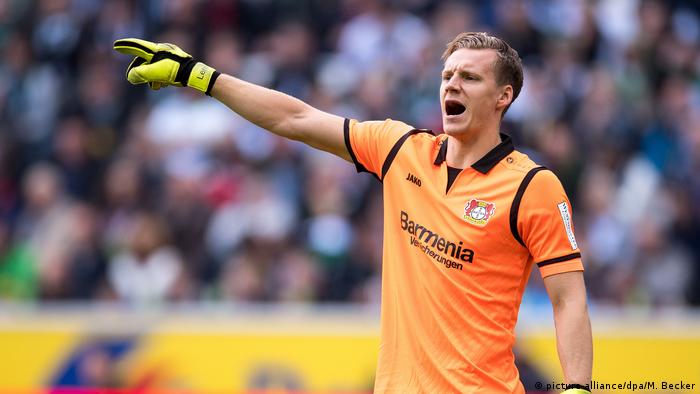 The 26-year-old Bernd Leno told Leverkusen's website that he had "enjoyed the time in Leverkusen from the first day to the last" but that he would now continue his career in "another, very exciting league."

Leno will wear the number 1 jersey at his new club, with Petr Cech, its previous incumbent, happy to accept a less prestigious number in anticipation of a reduced role next season. Arsenal coach Unai Emery made signing a new goalkeeper a top priority after joining the club in June. Cech spent three seasons at the Gunners, but the 38-year old was unable to produce the glittering form that made him one of the best keepers on the planet during his Chelsea days. He also had just a year left to run on his contract.

Leno spent six years at Leverkusen, playing 304 games since signing from Stuttgart back in 2012. He was a member of Germany's triumphant 2017 Confederations Cup squad, but was not selected to travel to Russia for this summer's World Cup. He has been capped six times, his last cap coming in a World Cup qualification match against Azerbaijan in October 2017.

The announcement came on the same day that Jens Lehmann, a former goalkeeper at Arsenal and member of the "Invincibles" side of 2003/04 that won the Premiership without losing a single game, confirmed his departure from the club. The German had been serving as part of the coaching team during the past 12 months but was reportedly axed as part of sweeping changes made to the backroom staff. A tweet posted by Lehmann on Tuesday afternoon suggested his "attitude" was an issue with bosses.