The head of Germany's domestic security agency has warned that Jews in Germany are facing increasing levels of anti-Semitism. The warning comes one year after a gunman attacked a synagogue on Yom Kippur. 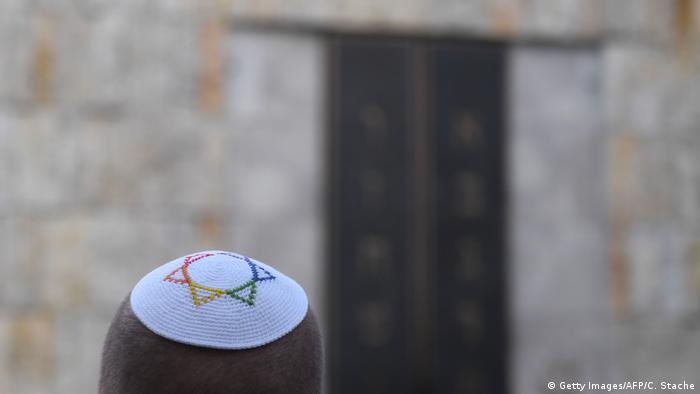 One year after an attack on a synagogue in the eastern city of Halle, the head of Germany's domestic security service, the Federal Office for the Protection of the Constitution (BfV), has warned that Germany is experiencing a "steep rise" in anti-Semitism.

"In the past two years, criminal offenses, including acts of violence, against Jews and Jewish institutions in Germany have increased significantly," BfV chief Thomas Haldenwang said in an interview Friday with the Tagesspiegel newspaper.

Read more: Merkel: 'Many Jews do not feel safe in our country'

On October 9, 2019, an armed 27-year-old man attempted to shoot his way into a packed synagogue on Yom Kippur, the holiest day of the year in Judaism. A well-secured door prevented him from carrying out an attack inside. The man then killed two bystanders before fleeing and later being taken into custody.

Last week, a man dressed in military fatigues attacked a Jewish man outside a synagogue in Hamburg.

Haldenwang said Friday that attacks at synagogues were especially disturbing because of Germany's dark past with National Socialism.

"Germany has a special responsibility for Jewish life," he said, adding that Jews in Germany have reason to be worried about facing violence and hostility while in public.

"Security services must be especially vigilant with this," said Haldenwang. "Above all, society must be made aware that we need to work together in fighting emerging anti-Semitism."

Where do extremists come from?

Haldenwang said radicalization follows a similar pattern among right-wing extremists, Islamists and other groups, who blame their personal problems and shortcomings on others.

"These are often difficult personal relationships, failures at school and at work," he said. "These people blame minority groups for their desolate situation in life and then slide toward extremism."