A faction within Merkel's conservatives want her to change course from centrist policies. One of the goals of the movement is to remove Merkel as the head of the Union at a party conference in the autumn. 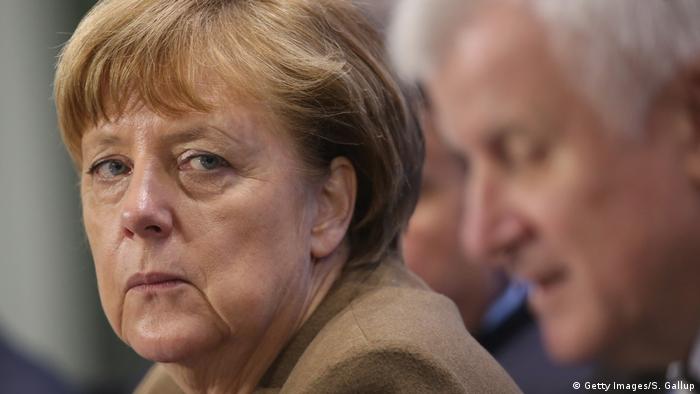 Disgruntled members from within German Chancellor Angela Merkel's conservative bloc are calling for a reversal of her centrist policies and a return to conservative "core beliefs."

Traditionalists from the Christian Democratic Union (CDU) and its Bavarian sister party, the Christian Social Union (CSU), will launch a "conservative manifesto" on Saturday to push for a change of course.

"We want the Union to reflect on its core values and to translate our beliefs based on Christianity into everyday political life. This includes above all questions on the right to life, the family and human dignity. Our endeavor also applies to the preservation of God's creation," reads the draft manifesto.

Among the principles to be protected is that of "father, mother and child" as the foundation of society, a reference to the legalization of gay marriage last year.

According to the group's website, WerteUnion seeks "to create a stronger network among conservative and economic liberal forces within the Union and contribute especially to the CDU reflecting on its core values."

The conservative faction calls for a more restrictive immigration policy based on skills shortages, an "end to a hasty clean energy transition" and an end to "state support of ideologically motivated gender research."

Alexander Mitsch, the head of WerteUnion, called the appointment to the interior ministry of Horst Seehofer, the CSU head and critic of Merkel's refugee policy, a "good start."

"Now he has to deliver and prove that he can preserve the core values of our society despite threats like uncontrolled mass immigration and rising crime," he said.

Seeking to distance the group from the far-right Alternative for Germany (AfD), he stressed that right-wing, left-wing and Islamist extremism must be equally opposed.

One of the goals of the movement is to remove Merkel as the head of the Union at a party conference in the autumn.