Two married men have become the first gay couple to adopt a child in Germany. Gay marriage became legal in Germany on October 1. 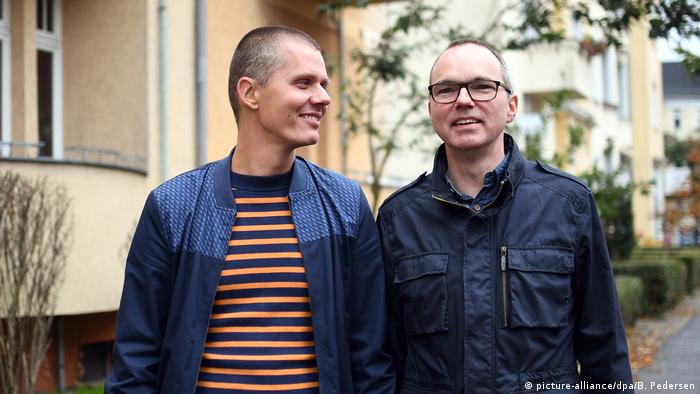 Two men in Berlin have become the first same-sex couple in Germany to adopt a child, a gay rights organization said Tuesday.

Michael and Kai Korok married a day after gay marriage became legal in Germany on October 1.

The Koroks have been the foster parents of 2-year-old Maximilian since his birth, and applied to officially adopt him shortly after their marriage.

"It is a wonderful feeling to be jointly registered as parents," said Michael Korok, calling adoption rights a "huge win" for same-sex couples in Germany.

Germany had recognized same-sex civil unions since 2001, but Chancellor Angela Merkel and her conservatives had blocked a gay marriage vote until earlier this year.

Merkel said her reversal on the issue came after she met a lesbian couple in her district who had fostered eight children.

Critics said she allowed the vote to proceed in order to remove gay marriage as campaign issue for her opponents ahead of September's national election.