Germany's grand coalition is not expected to do anything to tame the powerful business lobby. That much was underlined by Angela Merkel's decision to appoint a former pharmaceutical lobbyist as her new health minister. 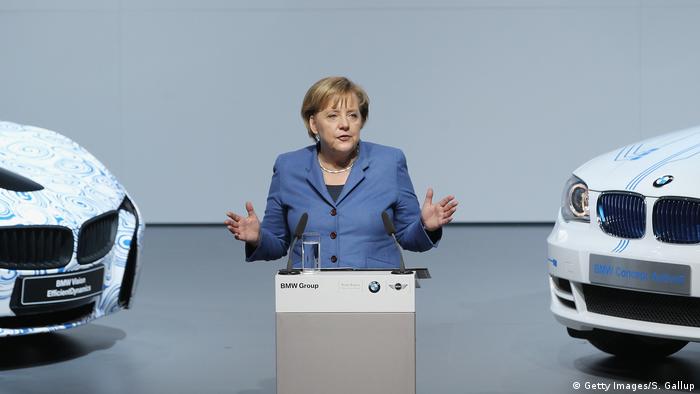 The lack of transparency in Germany's political lobbying system was highlighted once again on Sunday, when Angela Merkel named a former lobbyist for the pharmaceutical industry, Jens Spahn, as her new health minister. Spahn, an internal party critic of Merkel elevated to the Cabinet for the first time, founded an association in 2006 that owned an agency named Politas, which provided consultancy to pharmaceutical companies. He kept the extent of his financial interests just below the threshold necessary to disclose them.

As a 2012 report by news magazine Focus pointed out, Politas advertised its services by noting that it had good contacts in the German parliament. "Whether it's a hearing, an off-the-record discussion, or a plenary debate. We're there for you," the Politas website said at the time. In 2006, Spahn was a young Bundestag member representing Merkel's conservative Christian Democratic Union (CDU) who specialized in formulating health policy. He sold his interests in Politas in 2010.

"He never really answered the questions that were thrown up," LobbyControl campaigner Timo Lange told DW. "And that's something that we would expect before he becomes minister. What was this work about and were there any connections to his parliamentary work?" 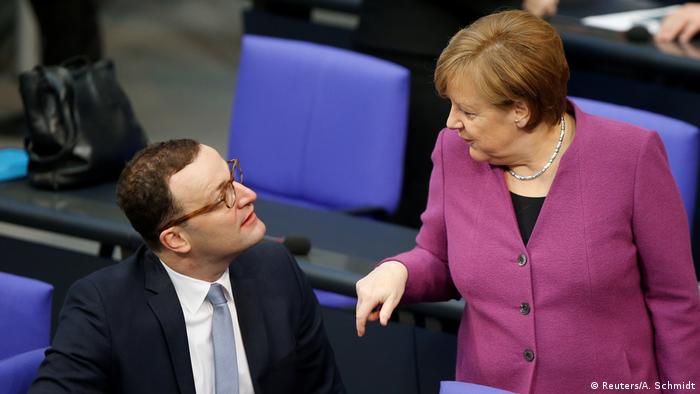 Merkel has appointed Spahn, a former pharmeceutical lobbyist, as her new health minister

Spahn's appointment did not exactly inspire German transparency campaigners with confidence. Earlier this month, organizations like Abgeordnetenwatch ("Parliamentarian Watch") and LobbyControl were annoyed to discover that one of their central demands had been ignored once again.

Transparency nongovernmental organizations have long demanded that the German government introduce a "lobby register," which would oblige private interests to disclose how and why they contact lawmakers — and how much money that lobbying costs.

Both the United States and the European Union have such a register in place, and campaigners' hopes had been raised when the Green party had managed to get the measure into the draft "Jamaica" coalition contract, before the talks were scuppered last November by the business-friendly Free Democratic Party (FDP).

But though the Social Democrats (SPD) had taken a similar demand into their grand coalition talks with the conservatives, the center-left party ultimately sacrificed it in favor of other policies.

That capitulation apparently happened in the very last round of talks, because a week before the draft contract was finalized, SPD Bundestag member and coalition negotiator Ulrich Kelber said that the CDU was still "ready to negotiate" on the issue. 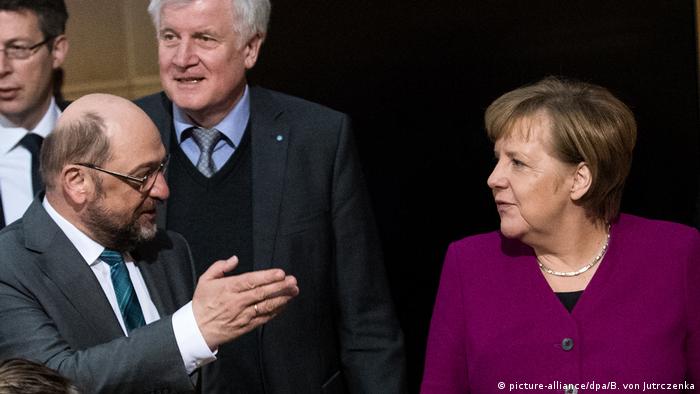 "That was very disappointing for us," said Lange of LobbyControl. "For us it's fundamentally important that when representatives of business interests want to have an influence that it is clear to the public who is commissioning who and what money is being spent."

Kelber himself put the blame squarely on the CDU's Bavarian sister party, the Christian Social Union (CSU). "The CSU intervened, and made clear they would neither accept a lobby register or whistleblower protection," he told DW. "They would only have done it with extreme concessions in other areas."

But the issue has not been dropped. Polls show that 75 percent of the German population are in favor of a lobby register, a figure that might have inspired opposition parties to draw up a draft bill. The Greens and the socialist Left party initiated a reading of their lobby register bill in the Bundestag last Thursday, though it has little prospect of success.

In a speech in the parliamentary debate, the CDU's Patrick Schnieder (who was not available for an interview on Monday) attacked the idea as too bureaucratic, and argued that a lobby register would threaten the freedom of MPs to speak to who they choose. "We are elected to weigh up different interests for citizens, and we decide ourselves who we talk to," he told the chamber. "Are we supposed to check, before we speak to someone, whether they are on such a list? What if we want to talk to someone ourselves? Am I only allowed to speak to those on such a list? And where do we draw the line? Who is a lobbyist and who isn't?" 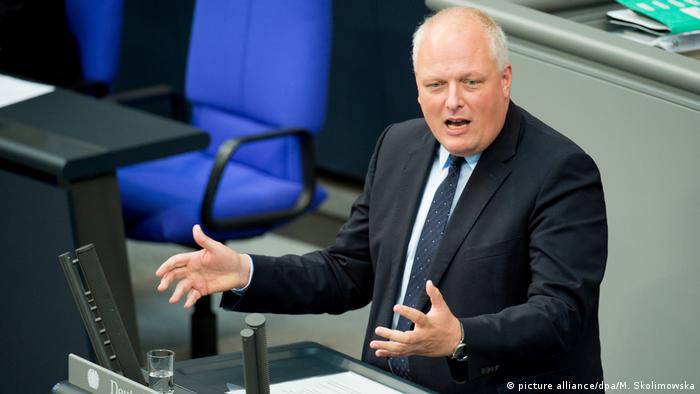 Kelber has vowed to push on for a lobbyist register, and has started his own list on his website

But the other parties say they are determined not to let the point go. "We will continue to bring up this issue during this legislative period — the last word hasn't been spoken," the SPD's Kelber said, before adding that he himself had started his own "lobbying diary" on his website, where users can read who he speaks to as part of his parliamentary work.

Not that the left-wing parties are above using Germany's notorious "revolving door" between politics and business: Last week it emerged that the Green party's former chairwoman Simone Peter will soon be the new president of the German Renewable Energy Federation (BEE), the umbrella organization that represents the interests of the country's renewable energy sector.

Germany's vulnerability to political corruption was also underlined on Monday when the Council of Europe warned the country to do more to make party campaign financing transparent.

"Almost every month there are bigger or smaller lobby scandals in Germany — and they can't keep explaining for much longer why there are no solutions to that," said Roman Ebener, spokesman for Abgeordnetenwatch. "The biggest scandal at the moment is the emissions scandal — where the well-networked auto industry makes sure that the pollution regulations aren't tightened."

More than two-thirds of all countries corrupt, TI report says

Transparency International (TI) has found that a majority of countries in the world can be called corrupt, with a clear link between high levels of corruption and little protection of the media and civil society groups. (21.02.2018)

The German chancellor has appeared at a parliamentary inquiry to defend her decision to lobby on behalf of the disgraced banking firm Wirecard in China. The scandal is one of Germany's biggest ever fraud cases.

Both the outgoing chancellor and her would-be successor, Armin Laschet, have congratulated Scholz. The center-left SPD emerged as Germany's largest party in the Bundestag following Sunday's election.