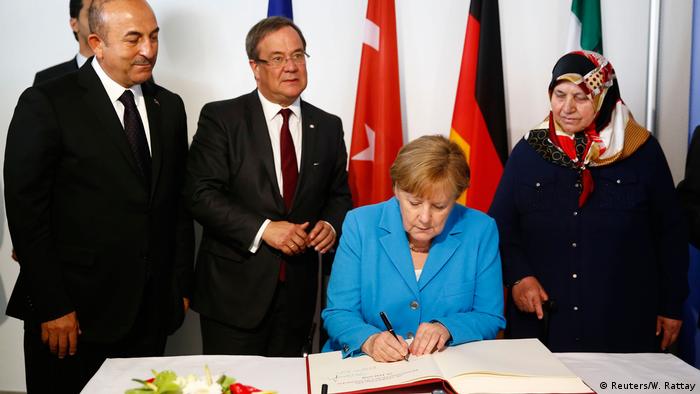 German leaders gathered in Düsseldorf on Tuesday to honor the victims of the arson attack in the nearby community of Solingen on May 29, 1993, when right-wing extremists set fire to a home, killing five Turkish women and girls.

Turkish Foreign Minister Mevlut Cavusoglu traveled to Germany to attend the event alongside German Chancellor Angela Merkel, members of the Turkish-German community and Mevlude Genc, survivor and family member of the victims.

Chancellor Angela Merkel told those gathered that xenophobia, racism and anti-Semitism could have no place in Germany or anywhere else in the world. She spoke of her country's responsibility in fighting against these ills, given its history with the Nazi Holocaust.

Merkel thanked Genc for "responding with great humanity" to what was an "inhumane act." The chancellor also expressed her wish for "those who come to Germany to feel safe and at home."

Mevlude Genc, who lost two daughters, two granddaughters and a niece in the arson attack, has been outspoken in support of reconciliation and peaceful coexistence in the aftermath of the tragedy.

At the ceremony in Düsseldorf, Genc spoke of the great grief she still feels today and said that "hate must be stopped." The 54 year-old said that she had no feelings of revenge or hatred towards anyone, except for the perpetrators that had "turned her home into a grave." 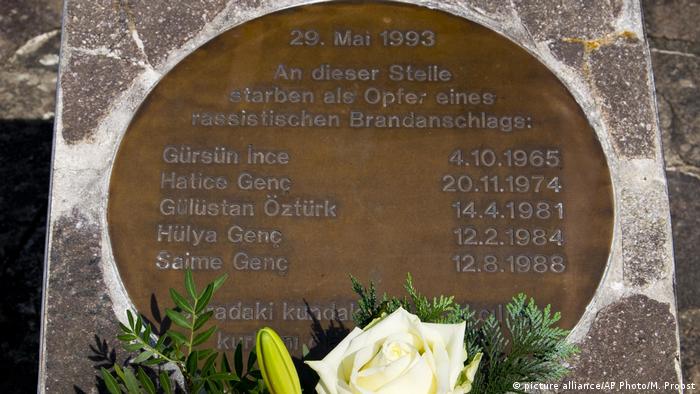 The gathering was meant to reinforce the message of unity against xenophobia. The attack became synonymous with anti-Turkish and anti-refugee sentiments in Germany in the 1990s, but its impact still lingers on today.

"It is shameful that even today many who themselves or their parents and grandparents came to Germany from Turkey experience discrimination in their everyday lives," Maas said to German media on Tuesday.

The Turkish Community in Germany (TGD) has called for a broad societal alliance to combat xenophobia. "Right-wing populist arguments are again dictating the public discourse about refugees and migration," TGD chairman Gökay Sofuoglu said in Berlin.

The attackers were four young men from the community, who had neo-Nazi leanings. They  were found guilty of murder and sentenced to prison. All served their sentences and have since been released.

The racist arson attack that killed five Turkish women and girls in the western German city of Solingen 25 years ago is a reminder of how politicians should — and shouldn't — respond to rising xenophobia. (29.05.2018)

In the early hours of May 29, 1993, four young men set the house of the Turkish Genc family on fire in Solingen. Five girls and women died. The family stayed in Solingen - despite their suffering. (29.05.2013)