Albania is one of Europe's poorest countries, yet its political parties still spend heavily on lobbying. As a new media report reveals the darker side of Albanian politics, transparency advocates are pushing for reform. 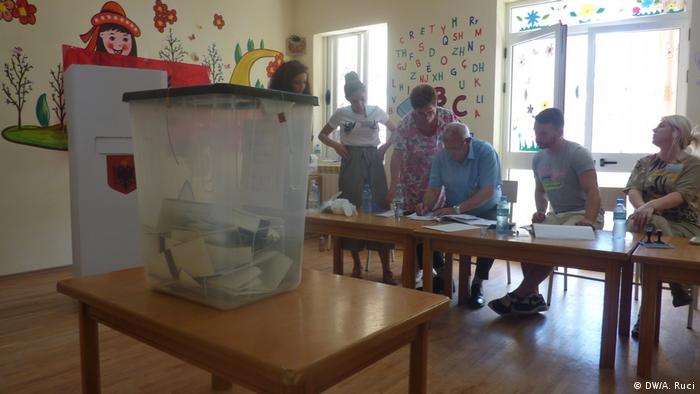 Albanian political leaders have traded blows in the wake of a US media report that cast light on the financing behind the country's political system. Mother Jones magazine reported last month that a Scottish company with links to Russia, Biniatta Trade, paid a US Republican lobbyist for work to help the right-wing Democratic Party of Albania (DPA).

The DPA has confirmed a contract with the lobbyist, former Trump campaign aide Nick Muzin, but also stressed it paid no more than $25,000 (€20,340) for his company's services in the US. It remains unclear who paid the rest of the sum the lobby organization listed for its work for the DPA, which unsuccessfully challenged the more European Union-oriented ruling Socialist Party (PS) in Albania's elections last year. As Mother Jones put it: "It appears that Russian-related entities secretly meddled in the United States in order to meddle in an election in Albania." Albanian authorities have since launched an investigation into the affair.

The DPA has adamantly pushed back against the story, denying ties to any Russian-linked shell companies and accusing the PS of staging a smear campaign. Speaking to DW, PS Secretary General Taulant Balla rejected the DPA's allegations, and pointed to a "Russian tendency to enlarge its sphere of influence."

"Until now, Albania seemed to have been the only country that was immune" from such meddling, he said.

The revelations have brought to the fore an often-asked question about the dark side of Albanian politics: who funds the country's leading parties? Albanian political parties have for years shelled out enormous sums of money for lobbying abroad and staged glittering election campaign events, raising eyebrows in a country ranked among Europe's poorest. 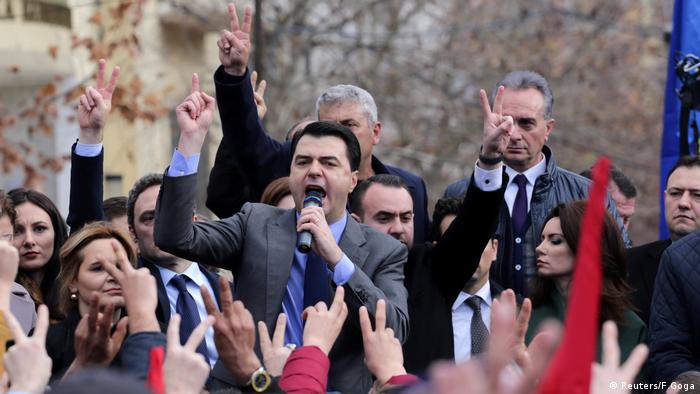 According to Afrim Krasniqi, the director of the Albanian Institute for Political Studies (ISP), the country's political arena is a clientelist system. The parties list their expenditures and income, he explained, but they don't go into details. "The figures they don't report to the central election commission are much higher," Krasniqi said, which makes party financing murky.

Such illegal and covert party funding isn't a problem unique to Albania, said Johanna Deimel of the Southeast Europe Association (SOG). "Unfortunately, it's a basic problem in the entire region."

"The money goes either directly to politicians and political parties, or it is channeled indirectly by funding suitable media or devoted companies," she explained.

Krasniqi investigated the cases of three Albanian lawmakers who publicly admitted to funding their political parties in the most recent election campaign with up to a €1 million each — funds he found did not show up in the parties' official documents for the election commission. The ISP director urged the public prosecutor to investigate these cases, but authorities made no move to check the lawmakers' public statements, pointing out that Albanian inspectors have argued the three politicians have a clean slate because their written statements do not contain public funding pledges.

The media in Albania have often speculated that the country's political leaders are influenced by organized crime entities, and several people with a criminal pasts have held political office in recent years. In 2015, pressure from the opposition and the EU helped to introduce a law that bars Albanians with a criminal record from becoming lawmakers — a measure that tripped up several well-known politicians. 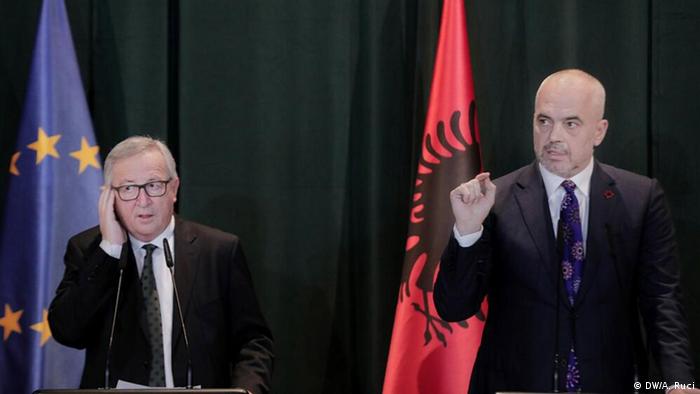 Albania's left-leaning prime minister, Edi Rama, has been pushing for closer ties with the EU

Klement Zguri, the head of Albania's central election commission, recently told a parliamentary inquiry in the capital, Tirana, that political parties often try to obscure their funding sources. He said his commission has demanded transparency, but conceded achieving that remains a challenge.

To a certain extent, the supervisory authority of Albania's central election commission is limited. The country's political parties have a proportional representation in the body, which in turn appoints the party monitors. The major parties can in fact veto any decision made in the commission. As a result, the parties have a "tacit pact to block insight into this often illegal trading venue," said Krasniqi.

The Organization for Security and Co-operation in Europe (OSCE) has also demanded transparency and legal reform in Albania. In a written statement to DW, the OSCE said the country's current legislation on party financing is flawed, particularly concerning elections: "The law does not guarantee sufficient transparency on election campaign financing because it does not demand a statement before election day."

The OSCE has also called for allowing monitors and the election commission full access to party financing information, but it remains to be seen whether that is something Albania's political parties will permit.