Opposition protesters have rallied in Tirana, accusing the government of links to organized crime. Prime Minister Rama hit back, telling opponents they were creating a false crisis to sabotage EU accession talks. 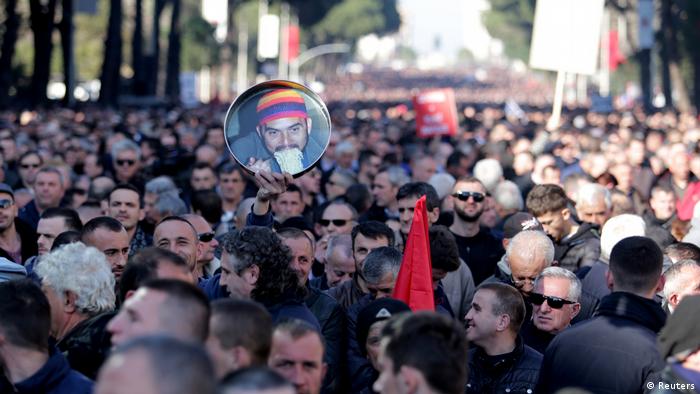 Shouting slogans and waving banners that read "Rama Leave," thousands of opponents of Albanian Prime Minister Edi Rama's socialist government took to the streets of the capital, Tirana, on Saturday.

The opposition — made up of backers of the center-right Democratic Party and its ally, the left-wing Socialist Movement for Integration — has accused Rama and his leftist cabinet of enriching themselves through widespread corruption, while most of the impoverished Balkan nation's populous continues to struggle on an average monthly salary of €347 ($431).

The parties allege the government has colluded with drug traffickers to make Albania the "Colombia of Europe," in reference to a booming trade in cannabis, to which former Interior Minister Saimir Tahiri is being investigated for alleged links.

Local journalists estimated some 10,000 people were gathered at Tirana's main Boulevard Martyrs of the Nation, while the protest organizers insisted the turnout was some 300,000.

"On your behalf, on behalf of all Albanians and the opposition we ask that Edi Rama and his illegal government leaves," Democrat leader Lulzim Basha told the rally. 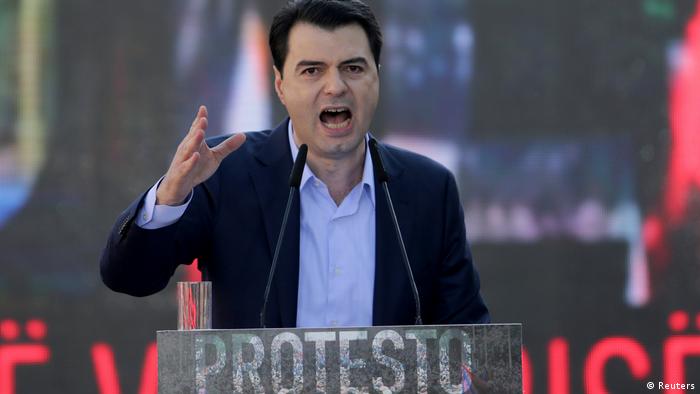 He called for "an anti-Mafia government that will fight organized crime, take the justice reform ahead in line with the constitution and prepare the holding of free and fair elections."

The rally follows the Democrats' landslide loss in last year's election, which saw them secure only 43 seats in the 140-seat parliament.

News agencies reported that security was tight near the main government offices where the rally was being held. Hundreds of riot police and two water cannon trucks were deployed close to Rama's office building.

Saturday's protests come as Albania, which was issued EU candidate status in 2014, prepares to launch negotiations with Brussels.

The government has accused its opponents of attempting to sabotage the talks by inventing a crisis.

In 2016, the country adopted a key judicial reform sought by Brussels to fight widespread corruption and organized crime.

"The government is leading a firm fight against crime and corruption, the justice reform is on a good track," Rama insisted this week.

Albanian opposition parliamentarians have protested against the interim appointment of a chief prosecutor by the ruling party. But their smoke-bomb tactics were unable to prevent her being elected. (18.12.2017)