Albania's Socialist Party has gained a parliamentary majority in Sunday's election, nearly complete results show. The election was seen as key to the country's bid to start EU accession talks. 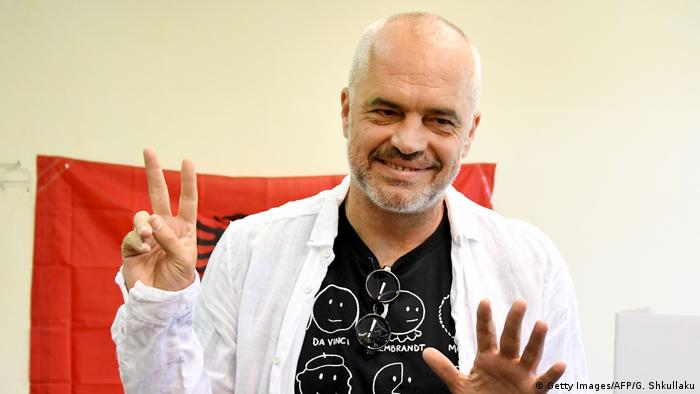 Albania's Central Election Commission said on Tuesday that with more than 95 percent of ballots counted from Sunday's election, the Socialists under Prime Minister Edi Rama had won some 48 percent of votes, which translates to 74 seats in the 140-seat parliament.

The result means that the Socialists can rule without a partner in a second term, an outcome likely to be welcomed by the party after the sometimes uncomfortable experience it had in the previous coalition with the Socialist Movement for Integration, or LSI.

The LSI, which has been a kingmaker in Albanian politics for the past 10 years, gleaned 19 percent of the vote, or 19 seats, behind the opposition Democratic Party of Lulzim Basha on 29 percent, or 43 seats.

Rama had been keen to gain a majority so he could push through reforms aimed at smoothing the path for entry into the European Union - primarily a reform of the country's corrupt judicial system.

Turnout was said to have been 46.6 percent, down from 53.5 percent four years ago.

This led to the Central Election Commission's deciding to extend voting on Sunday, with the fall in voter numbers attributed to religious festivities and hot temperatures. The majority Muslim but secular country was celebrating Eid al-Fitr, marking the end of the holy month of Ramadan. 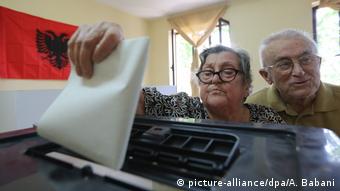 Religious festivities may have affected turnout

The opposition Democratic Party, led by Lulzim Basha, had originally threatened to boycott the vote until it was given assurances of greater oversight on election transparency and a postponement of the poll. The Democrats were also given key ministries ahead of the vote, and campaigning was relatively low-key in a country where elections are usually bitterly contested.

Although the two party leaders have indulged in vitriolic personal attacks on each other, both agreed on the need to prioritize EU accession.

Albania is already a NATO member and was granted EU candidate status in 2014.

Rama has vowed to open official EU accession talks by the end of the year, a goal that may be too ambitious. The European Commission has said the country has made progress, but needs to improve in areas such as corruption, rule of law and the judiciary.

The nation of nearly 3 million people is one of Europe's poorest countries, with high unemployment and poverty rates forcing more than a million people to emigrate, mostly to EU countries.