Parliamentary elections without campaign posters in Albania | Europe | News and current affairs from around the continent | DW | 24.06.2017

This weekend Albanians elect a new parliament but there are no pictures of the candidates on the streets. Instead, the main boulevard in Tirana is hung with posters wishing people "Happy Ramadan." 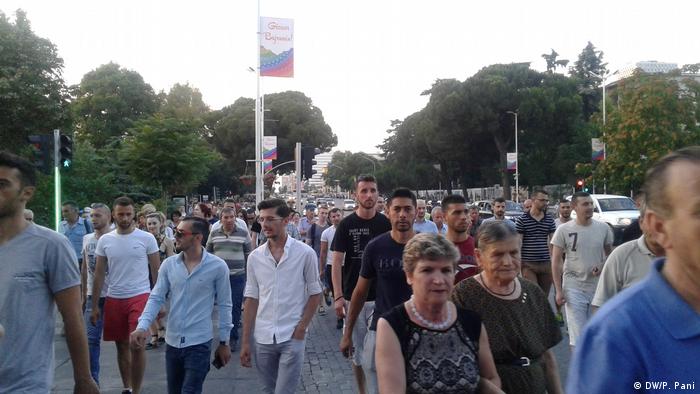 If you ignore the constant honking of cars and the traffic noise, it's almost quiet on the streets and squares of Tirana. Hardly anything suggests that there's an election on Sunday: There are no campaign posters, no loud election rallies and hardly any aggressive tirades or insults hurled at political opponents. In the crowded cafes, too, you don't hear any of the heated discussions between traditional supporters of either the Socialist Party (PS) or the Democratic Party (PD). In Albania, arguments like these sometimes used to end in acts of violence, assaults or even murder.

Up until mid-May, things all looked very different. The PD members of parliament had practically brought political life in Albania to a standstill with their blockade mentality. They'd been boycotting parliament since February, and didn't register to take part in the elections. The PD had erected a protest tent in the middle of Tirana's central boulevard, from which PD politicians and their supporters bombarded the Albanian premier's office, other parliament buildings, and the whole of the city's six-lane main road with aggressive speeches and loud music that blared from meter-high loudspeakers until late in the evening. 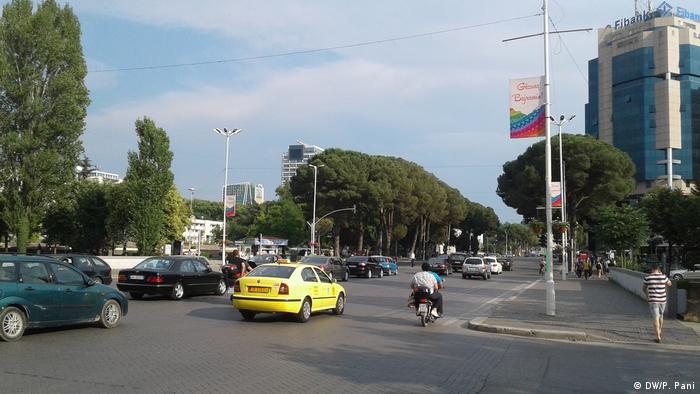 Until mid-May, a protest tent of the PD stood here on Tirana's central boulevard

It was only thanks to pressure from, and mediation by, representatives of the EU and the US State Department that the chairmen of the PS and its rival, the PD, sat down and talked. During his visit to Tirana in mid-April, the German foreign minister, Sigmar Gabriel, also called on the PD to end its parliamentary boycott. In May, Prime Minister Edi Rama and the leader of the PD, Lulzim Basha, agreed to form a cross-party transitional government, in which the opposition took over the office of deputy prime minister as well as four important ministries. They also agreed a series of other measures designed to guarantee fair elections.

As power-conscious political clans that are also practically indistinguishable, the Socialists and the Democrats have taken it in turns to govern Albania for the past two decades - with the help of the small LSI (Social Movement for Integration) as the majority provider.

Now, both of the large parties, the PS and the PD, are keen to govern alone - without the LSI as kingmaker. Prime Minister Rama said he would like to be the helmsman who takes Albania into the EU. He doesn't want any "temperamental children" on his lap (an allusion to the LSI) who would prevent him from steering in whichever direction he wants. PD chairman Basha also described the LSI as "the merchant of Venice" doing "dirty political deals."

It's not just their attacks on their former coalition partner that links the two big parties at the moment. They also coincide on many populist, unfeasible election promises: lowering taxes, a swift economic upswing and waging war on corruption and cannabis production. And of course there are their repeated promises to orientate Albania toward the EU and the West.

The principal measure for Albania in Brussels is whether the justice reform, passed by the parliament last summer, will finally be implemented, said Romana Vlahutin, the EU's ambassador to Albania, in a DW interview. It's a difficult undertaking, as many civil servants in the justice sector are thought to be corrupt and to have bribed their way into their positions. Politicians are also heavily involved in this web of corruption and bribery within the justice system.

Inside Europe: Stamping out corruption in Albania?

A first step toward justice reform was the setting up last week of an independent commission to examine the professional and personal suitability of some 800 of Albania's judges and public prosecutors. A "decriminalization law" for political and public representatives has also just been passed, resulting in some former delegates and others withdrawing their candidacies because they were suspected of various crimes or had a number of previous convictions. However, Afrim Krasniqi, the director of an independent institute for political studies in Tirana, says family members or other relatives are standing in their stead.

Besnik Mustafaj, a commentator and former foreign minister in the 2005-2007 PD government, does not believe that a grand coalition of PS and PD would be a desirable outcome for Albania. However, regardless of whether the favorite, Edi Rama, or the outsider, Lulzim Basha, is triumphant on Sunday, and regardless of whether the result is a grand coalition or a return to governing with the LSI as the majority provider once again, Albania's political path can only lead to the EU - because, in the long term, the prospect of EU membership is the only thing the feuding parties have in common.