Albania opposition protests for free elections and end to corruption

Albania's opposition has led an anti-government protest of tens of thousands in the capital, calling for free elections. There are concerns of possible fraud in the upcoming June elections. 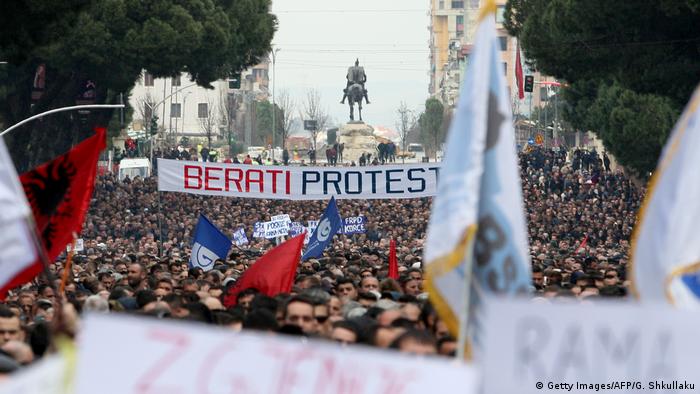 The head of Albania's main opposition Democratic Party, Lulzim Basha, led a protest in the capital on Saturday accusing the socialist government of trying to manipulate the voting process ahead of parliamentary elections to be held on June 18.

"Let us stay together to have free and fair elections which we can only achieve by kicking out this government of crime and (replacing it with) the technocrat government of free elections," Basha told the rally near the office of the prime minister and the parliament building. "Free elections, or no elections at all," he said. The Democratic Party has called for electronic voting in June to prevent vote manipulation. 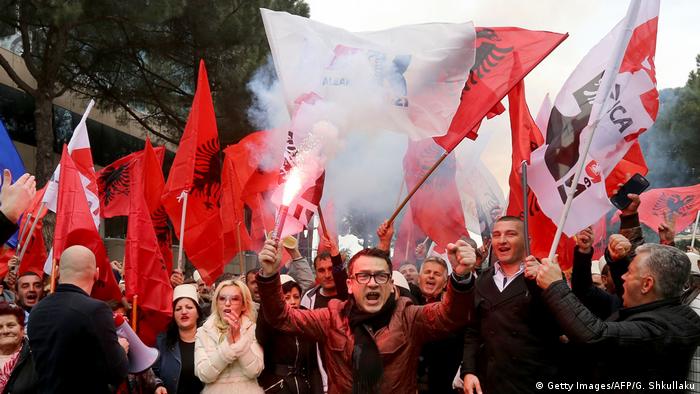 The government of  Prime Minister Edi Rama has said there is not enough time to implement electronic voting for the elections in four months time.

The protesters pitched a giant tent outside Rama's office. It was a reminder of the tents which Rama put up in the same place seven years ago after a disputed parliamentary election. Although the tent blocked traffic on a main street, police did not intervene. There was no move by police to disperse the protesters who said they would camp there until their demands were met.

Albania is a member of the North Atlantic Treaty Organization (NATO) and is a candidate to join the European Union. However, Brussels has expressed concerns about the possibility of irregularities in the organization of elections.

In his speech, Basha accused the government of failing to deliver on its promises to create jobs and health care. He also accused it of corruption and links to crime and drug trafficking. "He has plunged the country into poverty and corruption, has led it into an impasse, forcing many Albanians to leave their country," Basha said.

Basha also called for the implementation of recommendations of the Organization for Security and Co-operation in Europe (OSCE.)  In 2015 the OSCE called on Albania "to enhance the independence and professionalism of election commissions, to review electoral legislation so as to eliminate gaps and ambiguities, to strengthen the electoral dispute resolution system, to review campaign finance rules, and to continue efforts to improve the voter registration system."

Prime Minister Rama was in mainly ethnic Albanian Kosovo on Saturday and commented on his Facebook page "True reforms are not easy at all, and often very painful operations. But there is no safe future for the country, our society and children if we do not operate with courage on the rotten parts of the state organisation."

Albania has become a major cannabis growing region. The police seem to have no power over the situation. Is the Balkan nation losing the battle against the illegal drug trade? Lindita Arapi reports from Albania. (02.01.2017)

Albania's PM has warned that Islamists - and Moscow - may seek to grow their influence in the Balkans. Rama said Albania would continue to seek EU accession as a way of combating this, but was not hopeful of quick entry. (30.11.2016)