The continent was hampered, said Mahamat, "by "terrorism, intercommunal conflict and pre- and post-election crises."

He noted, however, progress in Central African Republic and Sudan, after its civic uprising and reiterated the AU's intention to find "African solutions to African problems."

South African President Cyril Ramaphosa — taking over the AU chair from Egyptian ruler Abdel Fattah el-Sissi — said he planned two summits in May focused on conflict resolution and the other on African continent free trade.

Mahamat, originally from Chad, said that root causes of African conflicts were poverty and social exclusion.

Visiting the summit, United Nations chief Antonio Guterres said silencing the guns was about human rights and sustainable development, and the AU's initiative had the UN's full support.

Reacting to AU complaints about being sidelined on Libya, Guterres spoke of a "new framework of cooperation" to overcome AU vagaries over how to fund its inclusion in peace keeping missions.

On Friday, the International Crisis Group think-tank had urged the AU to finalize an agreement that would see the UN financing 75% of peacekeeping missions, when endorsed by the UN Security Council.

Libya, a migration conduit, has been in turmoil since the 2011 overthrow of dictator Muamar Gadhafi and is now a battle zone for proxy forces, pitting General Khalifa Haftar against the UN-backed government of Fayez al-Serraj in Tripoli.

Ramaphosa had told Merkel he expected a "much clearer African position" on Libya to emerge after the Addis Ababa summit.

South Sudan's civil war, which began in 2013, has left 380,000 people dead and millions of people in dire poverty.

Also on Sunday, the AU announced that the Democratic Republic of Congo would assume the bloc's rotating chair in 2021, after South Africa. 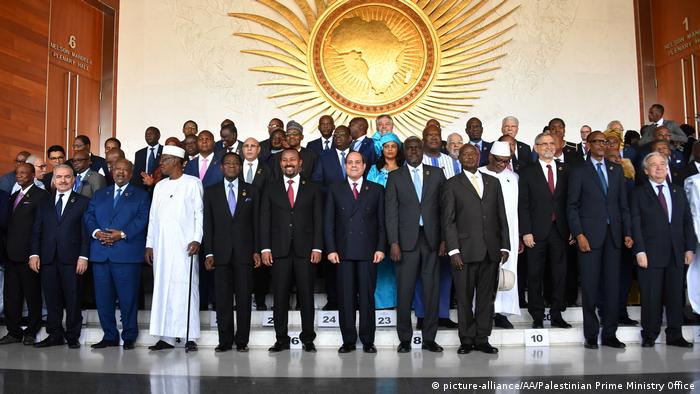