US Central Command said seven facilities have been handed over to the Afghan Ministry of Defense. 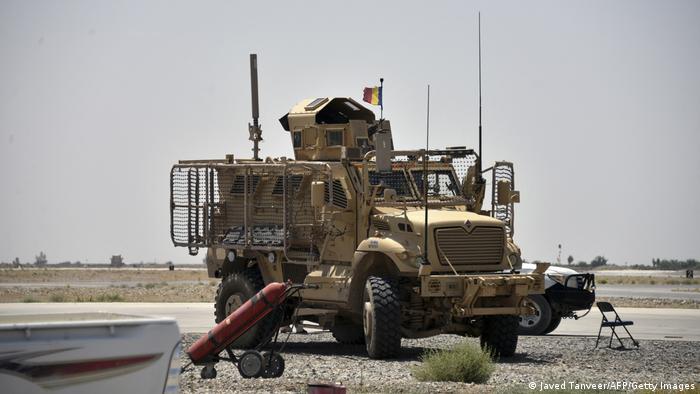 The US military said Tuesday that its ongoing troop withdrawal from Afghanistan is more than 90% complete.

US Central Command said it has handed over seven facilities to the Afghan Ministry of Defense.

Nearly 1,000 C-17 air freight loads of equipment have also been shipped out of the country.

The announcement comes several months after President Joe Biden said he would withdraw all US troops from the country by September 11. Other NATO countries are also moving forward with a military pullout from Afghanistan in coordination with the US.

Germany has withdrawn all troops from the country, with a German diplomat saying Tuesday that its consulate general in Mazar-i-Sharif in northern Afghanistan has been closed.

Last week, all US and NATO troops left Bagram Air Base in Kabul. Afghan officials claim US forces left the airfield without notifying the base's new Afghan commander.

Fighting has ramped up since the withdrawal began, with the fundamentalist Taliban taking over districts from the government in northern Afghanistan and other parts of the country.

Afghan security forces are committed to taking back districts that were recently captured by the Taliban.

"There is war, there is pressure. Sometimes things are working our way. Sometimes they don't, but we will continue to defend the Afghan people,"  Afghan National Security Adviser Hamdullah Mohib told reporters on Tuesday. "We have plans to retake the districts."

Thousands of Afghan troops fled into neighboring Tajikistan on Monday due to heavy fighting with the Taliban, but the government said those security personnel are returning to battle.

Tajikistan is also mobilizing 20,000 reservists to secure its border with Afghanistan.

The US invaded Afghanistan in 2001 to fight al-Qaida, a jihadist group that was behind the 9/11 terrorist attacks. The US also removed the Taliban from power in the country, and began training the Afghan security forces and police.