Ahmed Rashid: ′Afghanistan chaos will suck in neighboring countries′ | Asia | An in-depth look at news from across the continent | DW | 05.07.2021 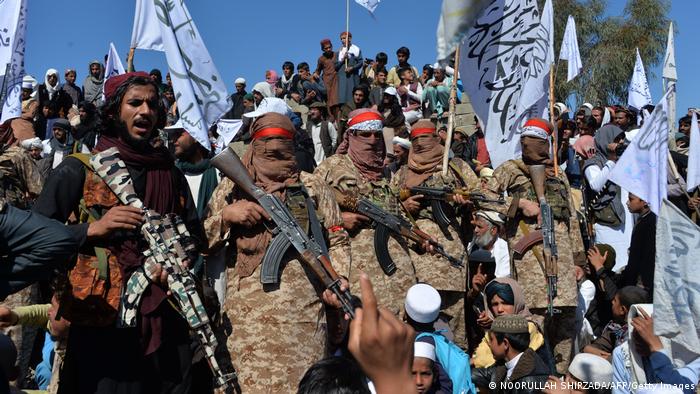 DW: What's your take on the current situation in Afghanistan?

Ahmed Rashid: The Taliban are emerging victorious not just in their traditional areas in the south of Afghanistan, like Kandahar or Helmand, but also in northern districts such as Mazar-e-Sharif. The government forces seem to be on the backfoot, while warlords are re-arming to fight the Taliban.

It's an extremely dangerous situation that can suck in the neighboring countries. If that happens, that will be the end of Afghanistan.

Why did the peace talks in Doha fail to yield the desired results?

The Americans gave away far too much in this deal with the Taliban and without anything in return. The Taliban got many concessions but Kabul got nothing. Former US President Donald Trump was in a hurry to end the negotiations as soon as possible and nobody could control him. 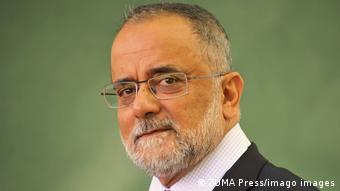 The Taliban's relaunch would have never happened without Pakistan's help, says Rashid

How do you look at the role of Afghan President Ashraf Ghani in all this?

Ghani has not been able to unite the people under a common position of dialogue with the Taliban. The militants know this and that's one of the reasons why they have refused to talk with Ghani so far, and also refused to accept the American plan for the Doha talks and the conference in Turkey.

Is Pakistan's support still a major factor behind the Taliban's advances?

As long as the Pakistani military and intelligence continue to give them the sanctuary, there is no need for the Taliban to accept any compromise or any deal or any dialogue with Kabul. Why should they when their leaders are safe and their families are safe? If Pakistan wants to show its sincerity, it needs to immediately force the Taliban leaders to either compromise or leave their sanctuaries in Quetta or in Peshawar.

The warlords never left after the Taliban defeat in 2001. Wasn't this part of the problem from the very beginning?

All these warlords were brought to Kabul by the Americans after the defeat of the Taliban. Many of them joined the government, often in senior positions. But there was no overarching security or political plan to unite these people. Elections were rigged by the warlords, by [former President] Hamid Karzai and then Ghani.

The real failure has been the lack of unity among the Afghan resistance, but it's also been an international failure. The NATO and the rest of the international forces should have paid attention to that from the beginning. They left the issue in the hands of the UN, but the latter lacked the support of the Americans, who walked away from Afghanistan to fight a new war in Iraq. Afghans were left very much on their own and that allowed the Taliban to come back.

So why did Washington keep supporting Pakistan?

They were supporting former President Pervez Musharraf, who used a dual strategy: he was backing American drone operations from Pakistani bases and at the same time supporting the Taliban.

The Taliban's relaunch would have never happened without Pakistan's help. By 2002, they had been totally wiped out, but by 2004, they were already a major force in Afghanistan. Their revival is a matter of neglect by the US and the stupidity of going to Iraq in 2003. It was in those first two years when all the progress was achieved in education and rebuilding. Then, the Taliban came back and endangered everyone.

China has a growing presence in the region and strong ties with Pakistan. What's their plan regarding Afghanistan?

Three years ago, when Beijing started to talk with the Taliban in China, and Chinese delegations were meeting the Taliban in Pakistan, it appeared that the Chinese might be very positive about making peace so their Belt and Road Initiative could go smoothly. The Taliban didn't agree with the Chinese and didn't accept their strategy.

I think the Chinese realized that they didn't want to get sucked into a never-ending conflict. They eventually stepped back and moved away from encouraging peace processes in Afghanistan.

Is an Afghanistan under the influence of India still among Pakistan's biggest fears?

Yes, but they also have this ambition not to govern Afghanistan but to make sure that the leadership in Afghanistan is always pro-Pakistan. Islamabad didn't like Karzai because he was too independent, and they don't like Ghani because his vice president keeps talking about the role of Pakistan in a negative way.

Pakistan will never be happy with anyone in Afghanistan because Afghans are nationalists, they are patriots. 'Who are these people sitting in Pakistan telling us how to rule ourselves?' is what most Afghans think. The Taliban cannot bring unity to Afghanistan because of their religious beliefs, which are not accepted by any other Afghan group.

Are the Taliban capable of running the country if they eventually take over Kabul?

The Taliban don't believe in democracy. They just want the collapse of the government so they can reconquer Afghanistan and reimpose their system with a few modifications. The media will be under their control and some women will have the chance to work, but in full burqa. What has changed? Absolutely nothing.

Ahmed Rashid is a Pakistani journalist and best-selling author of several books, including "Taliban: Militant Islam, Oil and Fundamentalism in Central Asia."

The interview was conducted by Karlos Zurutuza in Madrid, Spain.