The air base was once the epicenter of the US military's operations in Afghanistan. As foreign troops continue to withdraw, fears of a civil war "of concern to the world" mount. 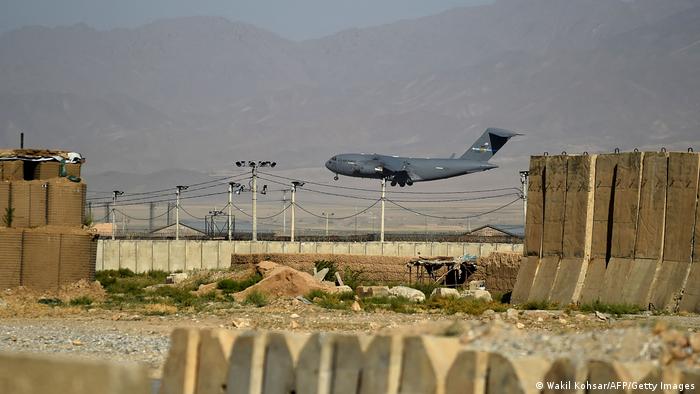 After 20 years, US forces packed their bags and materiel on Friday and vacated Bagram Airfield in Afghanistan, officials said.

The base was the epicenter of the US-led war in Afghanistan following the September 11, 2001, terrorist attacks on the World Trade Center and the Pentagon.

How did things unfold?

A US defense official who declined to be named told AFP: "All coalition forces are off Bagram."

As of this week, 19 nations announced the withdrawal of their troops, totaling 4,800 soldiers. On Wednesday, Germany and Italy declared the end of their mission in Afghanistan and Poland brought all their troops home.

The base was handed over to the Afghan National Defense and Security Force (ANDSF).

Afghan Defense Ministry spokesman, Fawad Aman, wrote in a tweet, "All Coalition and American troops have departed Bagram Air Base last night. The base was handed over to the ANDSF."

US General Austin Scott Miller gave his final press conference earlier this week. In it, he painted a grim picture of the security situation in the country.

Citing numerous fallen districts, General Miller said, "a civil war is certainly a path that can be visualized if this continues on the trajectory it's on right now, that should be of concern to the world.'' 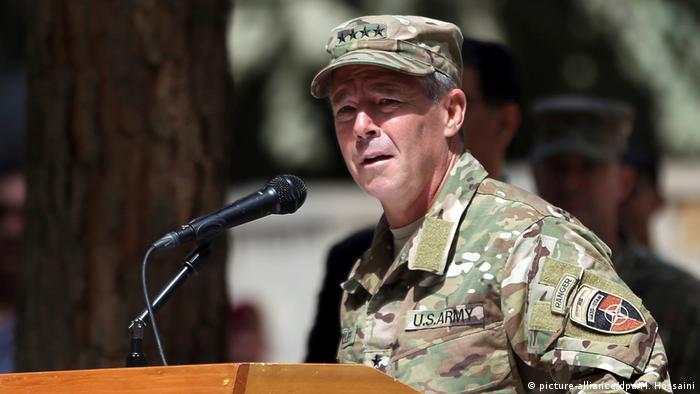 The Taliban said they "welcome and support" the US withdrawal from Bagram.

"Their full withdrawal will pave the way for Afghans to decide about their future between themselves," Taliban spokesman Zabihullah Mujahid told AFP.

Russian Foreign Minister Sergey Lavrov said, "NATO forces have pulled out from Afghanistan in a hasty manner. They are not trying to meet any objectives here they are just going away as far as they can and that leads to the rise of ISIS right on the borders of countries we see as our close neighbors."

Turkish Defense Minister Hulusi Akar said Friday talks regarding Turkey's proposal to secure and operate the airport near the base are ongoing. At present, there are 500 Turkish troops in Afghanistan.

"There must be some political decisions at the United Nations and NATO, and an agreement must be reached with the Afghan government," Akar said, noting Turkey seeks financial and logistical support from other nations to continue handling security at Karzai International Airport.

Despite the withdrawal, Miller noted the US "still retains all the capabilities and authorities to protect the forces."

The White House said later on Friday that all US forces would be out of Afghanistan by the end of August. US President Joe Biden rejected speculation that the withdrawal could be completed ahead of the July 4 national holiday.

In the future, the US can launch airstrikes against the Taliban, al-Qaida or other militant groups such as IS present in the country but will do so with aircraft based outside the country.

With Miller's departure from Afghanistan, US Central Command (CENTCOM) top official Marine General Frank McKenzie will be in charge of overseeing that effort.

Inside Afghanistan, Navy Rear Admiral Peter Vasely will be responsible for security at the US Embassy in Kabul. Vasely is in Kabul and has been working with General Miller to facilitate that transition.

Approximately 650 US troops will remain to secure the US Embassy compound.

Until September, CENTCOM can send up to 300 more soldiers to Afghanistan to help with security, including at the nearby airport. 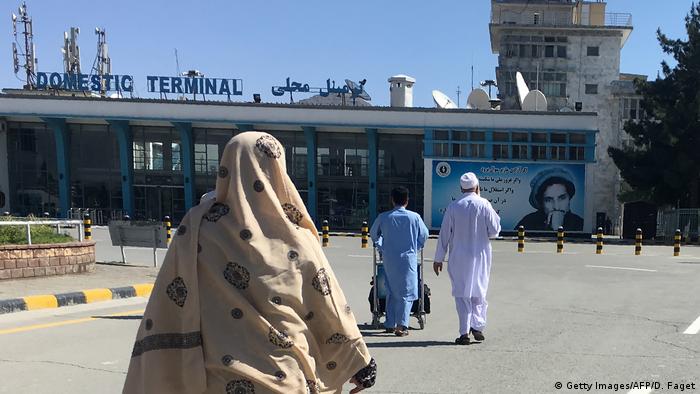 Security at Hamid Karzai International Airport is critical for the US to maintain a diplomatic presence in Afghanistan. Turkey will continue to be responsible for security at the airport, with an agreement between the US and Afghan governments not yet finalized.

The US will keep a Counter-Rocket, Artillery, Mortar (C-RAM) system at the airport with the troops required to operate it, as per an agreement made with Turkey.

A symbol of foreign invasion

The enormous Bagram base less than an hour north of Kabul saw over 100,000 troops pass through during the peak of the war effort in 2012.

There is immense symbolism in the US departure from Bagram as it is the second time a foreign military has come and gone, using the airfield as a base of operations for a war effort in Afghanistan.

Bagram was constructed in the 1950s, later used by the Soviet Union in 1979 when it invaded Afghanistan to back a communist government. Bagram was used as a base of operations to fight the US-backed mujahedeen, whom then-US President Ronald Reagan called "freedom fighters" on the front line of one of the final Cold War battles. 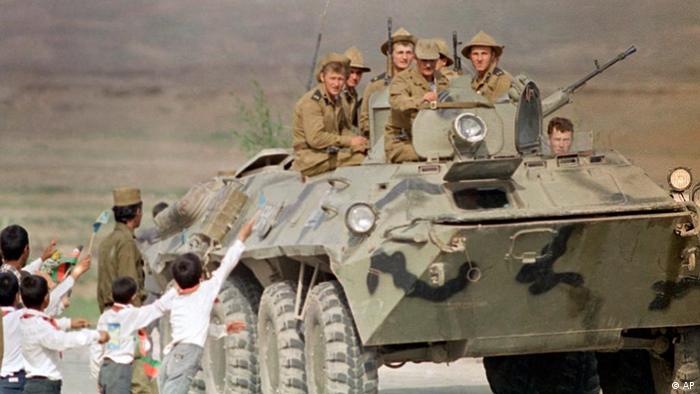 In this 1988 file photo, Afghan children and a soldier bid farewell to Soviet troops riding atop an armored personnel carrier

In 2001, US and NATO forces arrived in Afghanistan and found Bagram in ruins. The mostly crumbling buildings had been hit by rockets and mortars after battles between the Taliban and its rivals who came to form the "Northern Alliance" that aided the US pushing the Taliban out of Kabul.

The enormous base features two runways, the most recently built in 2006 at a cost of $96 million (€81 million).

Additionally, there are 110 revetments or aircraft parking spots, three large hangars, a control tower, numerous support buildings, a 50-bed hospital with a trauma care unit, three surgical operating rooms, a modern dental clinic and a prison much feared by Afghans.

Hamburg: How are Afghan immigrants looking at NATO troop withdrawal?

Afghan immigrants living in the German city of Hamburg are wary of the deteriorating security situation in Afghanistan. They told DW that the Taliban's gains have dashed their hopes of returning to their country one day.

German parties weigh in on withdrawal from Afghanistan

A deployment focused on reconstruction turned into war: The Bundeswehr has left Afghanistan after 20 years. Deutsche Welle asked all parties in parliament to take stock.