A Taliban ministry has asked TV networks to stop broadcasting programs that the ultra-conservative group deems immoral. They have said that the directives are not obligatory, but rather "a religious guideline." 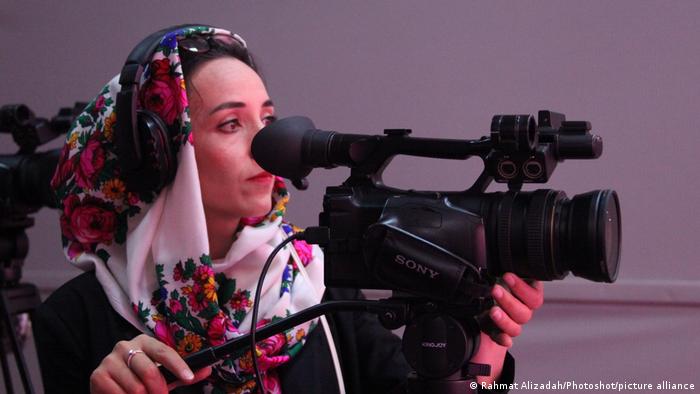 The ultra-conservative Taliban authorities issued a series of "religious guidelines" on Sunday which, among other things, called on Afghanistan's television networks to not broadcast soap operas or dramas featuring women actors.

The directive came from the Ministry for the Promotion of Virtue and Prevention of Vice and was the first of its kind issued to the country's media networks.

The new guidelines came despite pledges from the Taliban that they would be more moderate in their exercising of power this time around.

What do the guidelines consist of?

The ministry said that films or shows that were against Islamic or Afghan values should be banned.

This includes any media that depicts the Prophet Muhammad or other revered figures.

The guidelines also set out that women journalists appearing on television should wear hijabs.

The depiction of male bodies, including unclothed torsos, was also deemed inappropriate by the ministry.

''These are not rules but a religious guideline," ministry spokesman Hakif Mohajir told news agency AFP.

Another Taliban spokesperson confirmed to Spanish news agency EFE that the guidelines were not obligatory, but rather suggestions to be kept in mind during transmissions.

The Taliban returned to power in August, twenty years after the US-led forces kicked them out.

Their previous stint in power saw them ban TV and movies as well as most other forms of media.

The one permitted media source was the Voice of Sharia radio channel that broadcasted Islamist propaganda.

During the subsequent two decades of relative press freedom, several homegrown TV networks were set up showing a range of shows including televised singing competitions and imported soap operas from Turkey and India.