Afghan asylum-seeker offers to pay Elin Ersson′s fine | Asia| An in-depth look at news from across the continent | DW | 21.02.2019

An Afghan migrant in Germany is willing to pay a fine imposed on activist Elin Ersson. The Swedish activist was charged with violating aviation law after keeping a plane from departing with an Afghan deportee on board. 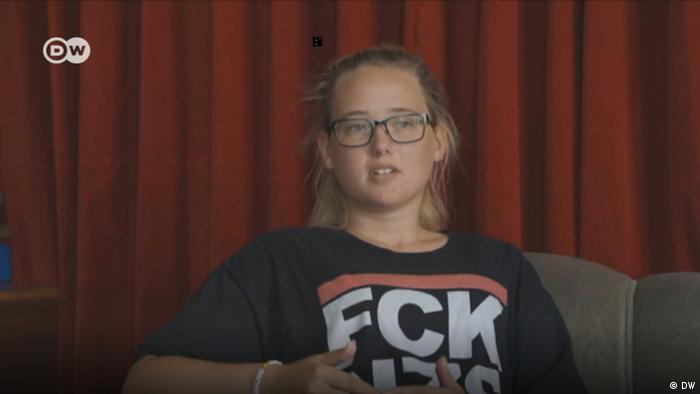 In July 2018, Swedish activist Elin Ersson stopped a plane from taking off with an Afghan asylum-seeker on board. On Monday, a Gothenburg court fined Ersson 3,000 kronor (€285, $325) for violating Swedish air safety regulations. Her case highlighted controversy surrounding European asylum policy and deportation law.

Arif Talash, an Afghan asylum-seeker living in Germany, told DW on Thursday that he would be willing to pay Ersson's fine.

"I heard about Elin Ersson's story on social media, and I deeply admire and appreciate her efforts," he said.

Talash, 29, is part of a Frankfurt-based group of activists who support asylum-seekers while raising awareness about the dangers faced by deportees returning to Afghanistan. They also advise refugees on their legal rights and provide guidance in asylum cases.

Talash said he encouraged Ersson to continue doing more for asylum-seekers. "I am ready to pay the fine imposed on Elin Ersson on her behalf," he added.

Ersson livestreamed her protest preventing a Turkish Airlines flight from leaving Gothenburg airport with an Afghan asylum-seeker on board.

"I'm not going to sit down until this person is off the plane, because he will most likely get killed," she said in the video.

She succeeded in getting the man off the plane, and the protest video went viral. Ersson became a hero in activist circles – but she also faced heavy criticism.

It turned out that the young Afghan asylum-seeker Ersson was attempting to rescue, Ismail K, wasn't on board the plane. He was deported from Stockholm a few days after her protest.

And the Afghan deportee she had succeeded in removing from the flight had been previously charged with assault. He was also deported from Sweden a few weeks later.

Nevertheless, Ersson's actions inspired many people. She was invited to international conferences and became an outspoken voice for the rights of asylum-seekers in Europe.

Talash said that Ersson inspired his group of activists with her "brave and valuable support of human rights."

Ersson avoided a jail sentence for her protest. It remains unclear if she will end up paying the fine, as her lawyer has issued an appeal.