Deportation protester Elin Ersson: ′Too much emotion — too few arguments′ | Europe| News and current affairs from around the continent | DW | 26.07.2018

Deportation protester Elin Ersson: 'Too much emotion — too few arguments'

Elin Ersson made global headlines when she refused to take her seat on a plane to save an Afghan man from deportation. Political scientist Andreas Heinemann-Grüder tells DW such protests need organizing to be effective. 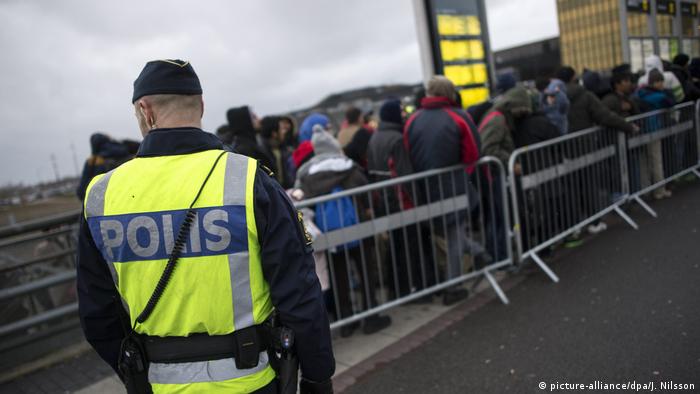 DW: You've seen the Facebook video that Swedish Studen Elin Ersson filmed on a plane, where she broadcast in real time how she was trying to stop the alleged deportation of an Afghan national by refusing to take her seat and preventing the aircraft from taking off. What was your first impression of that incident?

Andreas Heinemann-Grüder: I saw a young woman who was standing up for someone else. The circumstances were unclear at first. She was trying to get the other passengers on the plane on her side. But the strange thing was that she doesn't know the Afghan she was trying to protect — and he wasn't on the plane. That's why she chose the Afghan who did happen to be on the plane. Her stance was clear. She doesn't believe any Afghans should be deported as their home country is too dangerous.

But then I thought, a wave of emotion is about to roll over me and I should take a position. What I was missing was a different perspective. In the video, you only see the perspective of the person acting, and I don't know anything about her.

In the video, Ersson says she's doing what she can to change her country's laws because she thinks it's not right to send people "to hell." What do you make of her position? Are people allowed to disobey certain laws in order to change other ones they don't like?

In a democracy, everyone has the right to voice their criticism of the law. Whether this now includes the right to self-empowerment depends on the circumstances and the degree to which justice is being violated. You don't always have the right to civil disobedience and resistance just because you don't like a law. When a law is made to justify genocide, for example, that has a different dimension than the case in this situation, where the circumstances are completely unclear. 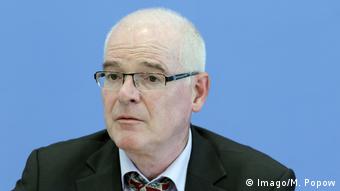 Heinemann-Grüder is a political scientist at the University of Bonn

Church asylum, or sanctuary, is another way to protect people threatened with deportation. That's mostly a last-ditch attempt to have the authorities re-examine an asylum case, especially against a backdrop of present danger to the asylum seeker or his or her family. That's something that interior ministries in Germany are de facto involved in. So there are forms of civil disobedience that are respected by the state to some extent. But this doesn't give churches carte blanche to operate outside the law.

What do you make of this case generally?

I have my doubts. For one thing, Ersson was acting alone and not as part of a group. Also, she wasn't familiar with the concrete case. Was the Afghan in danger? Where in Afghanistan was he being deported? Not all parts of the country are dangerous. I think Ms. Ersson displayed too much emotion, and had too few arguments. I think she was mainly addressing the online community, and at the same time, she wanted to raise the profile of her activist organization.

Her case showed that with small actions you can have a great media impact. What sort of influence, what effect do social networks have on activist groups?

We witnessed the significance of social networks during the Arab Spring. The activists were able to quickly create a groundswell of support, and it quickly became a very emotionally charged situation. At the same time, social networks contributed to the polarization of supporters and opponents. The danger I see with these short episodes that are based on relatively few facts is that they become a flash in the pan. It's something you see time and again with such forms of protest. They quickly create a lot of emotional heat, but then they burn out just as quickly because they don't have the organizational backbone to keep them going.

That's what we saw in the Arab Spring. The winners were the organized actors, and not the many Facebook and Twitter users.

In the case we're discussing here, I think it's highly likely that Elin Ersson won't reach her goals. She can too easily be discredited because of her lack of professionalism. The whole protest could be dismissed as the actions of a do-gooder. She may end up doing more harm to her cause than good.

Prof. Dr. Andreas Heinemann-Grüder is a political scientist at the University of Bonn. His research focuses on peace and conflict, authoritarian political regimes and comparative federalism.