The man whose deportation Elin Ersson tried to prevent

By refusing to take her seat on a flight, Elin Ersson planned to prevent the deportation of Ismail Khawari back to Afghanistan. However, the man was not on board and has now been deported after all. DW spoke with him. 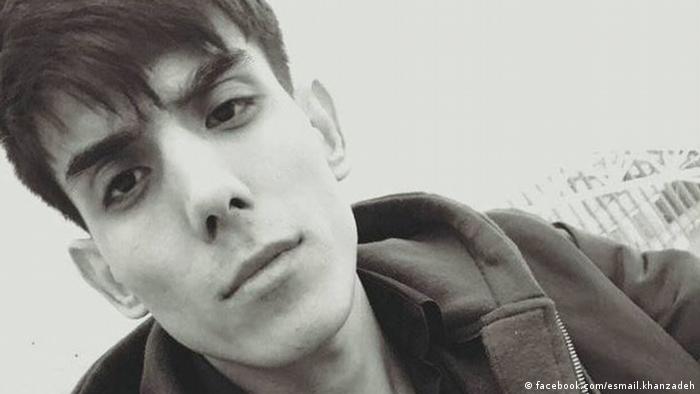 Ismail Khawari was deported from Sweden back to Afghanistan

Elin Ersson's protest made headlines around the world. Using Facebook Live, she broadcasted in real time how she was trying to stop the alleged deportation of an Afghan national by refusing to take her seat and allowing the plane to take off.

Before the 21-year-old activist boarded the plane, she believed she would find two men set for deportation: one around 50 years of age, and the other, 26-year-old Ismail Khawari.

Khawari's family had contacted Ersson and her network of activists shortly before he was due to be deported. Together, they figured the young man was slated to travel onboard a Turkish Airlines plane from Gothenburg to Istanbul. Ersson bought a ticket and boarded the plane.

Ismail Khawari, however, was not on board. He was deported from Stockholm to Kabul the following day. According to Ersson, the older man was on the plane.

Swedish authorities told Deutsche Welle that they do not comment on individual cases. However, they did say they would investigate whether Ersson had committed a criminal offense with her protest. Meanwhile, DW was able to talk to Ismail Khawari and wanted to find out how he was doing.

Deutsche Welle: Elin Ersson's video of her protest against the deportation of Afghan nationals was shared around the world. She had actually boarded the plane for you and even held up a photo of you to draw attention to your imminent deportation. Do you know Elin Ersson personally?

Ismail Khawari: No, I don't know this young lady but I thank her for her efforts. Unfortunately, I didn't meet her personally but she showed a great deal of humanity. I didn't find out about this until after I arrived in Kabul. I think my family was in contact with her and suspected that I should be deported on the same plane. My phone was switched off at the time.

Does your family live in Sweden?

Yes, my mother and my two sisters live in Sweden. I was born in Afghanistan although I don't know where. When I was six years old, we fled to Mashhad in Iran. I lived there for about 14 years before going to Europe to follow them.

Did you integrate well? What was your life like in Sweden?

I wasn't allowed to work in Sweden and I didn't learn anything either. Although I lived there for a long time, I don't speak the language. I had a lot of psychological issues and I didn't go out.

Why were you marked for deportation?

I was just sitting at home in Sweden. After I was rejected for asylum three times, I went to Germany hoping to perhaps apply for asylum there. After a few months I realized that this was not going to happen and so I went back to be close to my family. When I arrived back in Sweden, the police arrested me.

I was then held in deportation detention for eight months, first in Malmö, then Gothenburg and finally in Stockholm. It was terrible there. They treated me very badly; I was barely able to stand it. It's horrible and almost creepy. They call it deportation custody but it's more like a prison where you're treated like cattle. The guards are racist and refuse to help you. They just sat around and played their own games.

Do you have friends or acquaintances in Afghanistan?

No, I don't know anybody here. I know one other boy from deportation custody but no one else. I don't know where to go now.

Migrants whose asylum applications are rejected in Germany face the threat of deportation. Many live in the country for years on end, going from one temporary residence permit to another. Now, the German government has drafted a bill to change that.