After growing up as a boy in Lahore, Alia feels finally comfortable in her own skin as a woman in Cologne. But she has also experienced acceptance in her old country while dealing with discrimination in her new one. 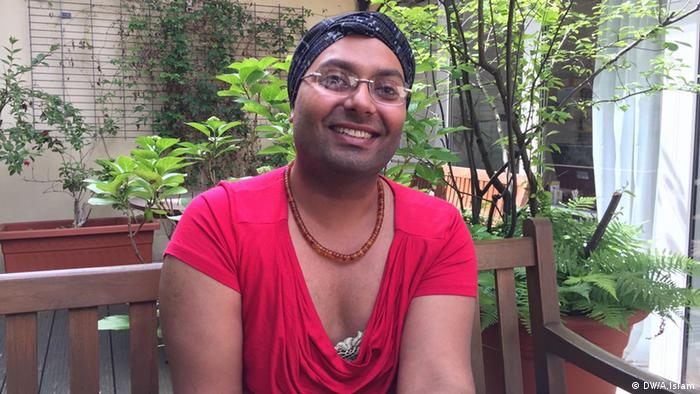 Even before he entered school, Aliraza knew he was stuck in the wrong body. Playing and running around with other boys was not for him. He was interested instead in dolls, jewelry and make-up. At age five or six, he was able to put into words what was happening - and told them to his mother. She didn't take him seriously, thought it was just a phase many children go through. She let Aliraza do as he pleased. "She thought that I'd grow out of it - and at some point she would have a young man," Aliraza said.

Alia laughed as she recounted this. The thought was now so absurd for her. She had left Aliraza behind so long ago. She is thousands of miles away from her hometown, Lahore, studying environmental science in Cologne. She lives now openly as a woman - wearing make-up and shaving, walking with a feminine sway - though her body is technically still that of a man.

That should also soon change. "I'm already taking hormones," she said. "And I hope that I can have an operation in two years." Her eyes light up when she speaks about it. For Alia, to be a woman means at the same time to be free.

On stage but out of view

But it wasn't until last year that Alia found the courage to tell her mother that, after all, she really was a woman. "I was simply afraid to tell her," she recounts, "afraid that my mother would say 'you're no longer my child. I'm throwing you out.'" These fears were proven unfounded - her family accepted her - but Alia's experience is more of an exception than the rule. 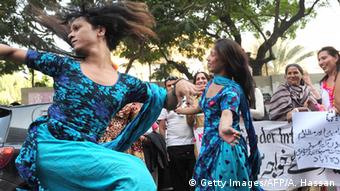 A dance during a transgender rally in Karachi

Transgender people in Pakistan are often celebrated as singers and dancers at festivals, but elsewhere they are marginalized. "They are made outcasts by their government, by their society and even by their own families," said Saroop Ijaz, a lawyer with Human Rights Watch in Pakistan.

Pakistan's Supreme Court ruled in 2009 that transgender be recognized as a third gender. Members of the country's transgender community - called hijra - was given the right to an inheritance, an education and healthcare as well. But this has hardly changed the reality for many. In many cases, matters have gotten worse. "Violent assaults of transgender people are happening more and more often," said Ijaz. "There are injuries and even deaths."

Weeks ago, the murder of Alisha, a 23-year-old Pakistani activist for transgender rights, made international headlines, shining a tragic light on the day-to-day discrimination that transgender people face in the country.

She was shot in cold blood, reports Qamar Nasim, a human rights activist and, like Alisha, a member of the Trans-Action-Alliance. "She was shot at nine times. Alisha was then brought to one of the biggest hospitals in the region, but at first she was denied any professional help." The staff couldn't decide which doctor should treat her, whether she should be treated as a man or a woman, or which ward she should be taken to. She soon died of internal injuries.

"While Alisha laid there dying, people where standing around and making jokes," Ijaz added. "It shows just how deep this rot in Pakistan goes." Nasim counts that, between January 2015 and May 2016, 300 transgender people were attacked or raped in the Alisha's home province of Khyber Pakhtunkhwa. 46 were killed, he added.

Alia was never physically attacked, though she has always dealt with prejudice and discrimination, even in Germany. People often stare at her. Children point to her on the street and whisper. "A drunk man once called me repulsive and told me that I should go back to India."

She believes the transgender community can only achieve its accepted place in society through cautious and fundamental change, in both Germany and Pakistan. "Children should become familiar with the topic in grade school. They should learn that there are also transgender people, and that we're people just like other men and women."

Some hopeful news came out of Pakistan this week, after 50 Islamic clerics declared in a fatwa that transgender people can rightfully marry under certain conditions. The legal opinion is not binding, but the activist Nasim views it nonetheless like a window being opened for the first time in a dark room. "We can see the light. We can breathe the air."