Transgender people ′not even considered humans′ | Asia| An in-depth look at news from across the continent | DW | 15.04.2014

India's Supreme Court has recognized the country's transgender community as a third gender. Activist Mohsin Sayeed tells DW the verdict is a step forward for all of South Asia but warns against complacency. 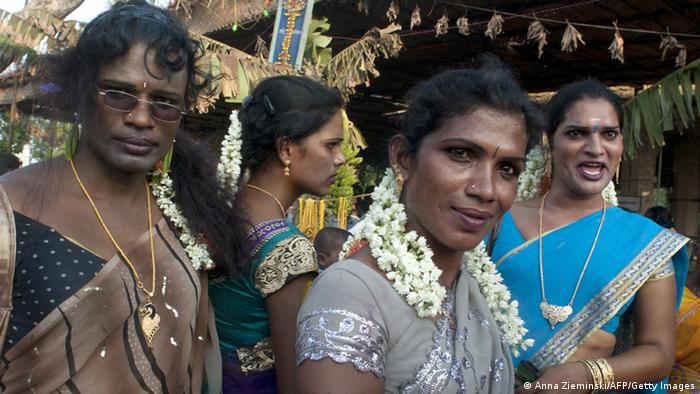 On Tuesday, April 15, India's highest court said the South Asian nation's transgender community would from now on be treated as a third gender, which is neither male nor female. The ruling has paved the way for equal rights for India's three-million-strong transgender community. The Indian Supreme Court also said that the transgender members of society will be given access to public social welfare schemes which are offered to other minority groups.

Transgender people are called "hijras" in Hindi. The term is loosely used for transgender men and women, eunuchs, transvestites, and also for natural intersex people and male cross-dressers.

Pakistani rights activist, Mohsin Sayeed, who has been campaigning for equal rights for transgender people, gays, lesbians and bisexuals for many years, hailed the Indian court's ruling in a DW interview. The expert, however, says a lot more needs to be done to improve the situation of the transgender community in South Asia. 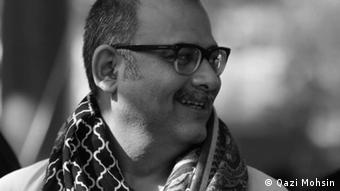 Mohsin Sayeed: The verdict is definitely revolutionary in spirit. We must not forget that India has a very progressive constitution, which guarantees freedom of expression and equal rights to people of all faiths. But we also know that not everything enshrined in the constitution is practiced in India. Also, it is the same court which in 2009 repealed a British colonial era law banning gay sex and then reinstated it last year. So, it is one step forward and two steps back.

What hurdles - other than legal impediments - do transgender people face in South Asian countries ?

The Indian court's ruling does not mean that the people's attitudes towards the transgender community will change overnight. It will take a lot of time. In the entire South Asian region, discrimination against the transgender people is deeply ingrained in people's minds. They are economically and socially marginalized, and are not even treated as humans. In Pakistan, for instance, five years ago, the Supreme Court allowed transgender individuals the right to have national identity cards. Can you imagine this? Prior to that, they could not travel; they could not have passports, and they were not eligible for any kind of job. They still don't get respectable jobs, and are forced to beg on streets or become prostitutes. These "hijras" live in ghettos because they can't live in normal neighborhoods.

Who do you hold responsible for this discrimination?

Everyone. All sections of society look down upon these people. People think that being a gay or a lesbian is a disease. Transgender people are considered diseased. Social, religious and economic factors contribute to these despicable attitudes.

Most members of India's transgender community are not keen on voting in the upcoming parliamentary elections despite winning the right to vote. Activists say this reflects their lack of trust in the electoral system. (26.03.2014)

The UN says the Asia Pacific is at a pivotal juncture in curbing the AIDS epidemic, with progress in reducing new infection rates stalled, amid barriers of discrimination, stigmatization and a lack of political will. (29.11.2013)

How are members of the homosexual community treated in India and Pakistan? Is their plight different from that of the transgender people's?

They are treated equally bad. But that is a different topic. The problem is that people in South Asia cannot distinguish between gays and transgender people. Transgender individuals are believed to be gays and vice versa. This reflects the society's paranoia and hatred of the "other" - anyone who is different from the rest of the lot; anyone who is not part of the mainstream.

You campaign for the rights of transgender people in Pakistan. What can Pakistan learn from the Indian apex court's decision, and what should the activists in the Islamic country do more to help improve the status of GLBT people?

It is very important that transgender people be recognized as a third gender. Legally, it will improve their standard of living and social status. However, the issue of gays and lesbians in Pakistan should be treated differently. The gay community in Pakistan is big. Quite a lot of people now openly confess to being gay. But I think that any public camping for the rights of gays and bisexuals in Pakistan will do more harm than good.

At the moment, Pakistan is dealing with bigger problems like religious extremism, poverty, and illiteracy. Once Pakistani society reaches a level where people begin to at least talk about these issues openly, then we should carry things forward. At the moment, the movement for the gay and transsexual people's rights is dubbed as anti-Islamic. Activists risk their lives. When I write in support of transgender community, gays, and bisexuals on social media, the feedback I get from even "educated" people is totally violent and abusive. If these people react to the issue in this manner, imagine what the Taliban would do! I feel we should keep the profile of the campaign low for now. But this doesn't mean we shouldn't do anything about it.