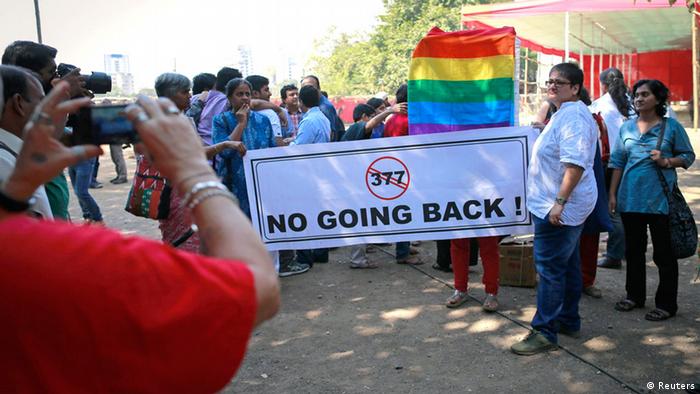 Four years ago Deepti Shah, a gay rights activist broke out into a song and dance along with her friends outside the Delhi High Court. In a judgment that followed years of judicial battle, the court decriminalized homosexual relations between consenting adults, thus overturning a colonial-era legislation that ended state-sanctioned homophobia.

On Wednesday, December 11, it was quite a different situation. Shah broke down inconsolably along with hundreds of others who had waited patiently outside the Supreme Court, braving the winter morning chill. They could not believe their ears when they heard the courts decision that the old law was still constitutionally valid and could only be changed by parliament. They were crestfallen and brimming with anger.

Turning back the clock

"This ruling effectively renders LGBT persons vulnerable to discrimination, violence and harassment. It is a blow not just to our rights but to human rights," Shaleen, a gay rights activist, told DW.

India Muslim Personal Law Board member Zafaryab Jilani welcomed the verdict on gay sex. "The heritage and culture of the country has been protected by this order," Jilani told DW. 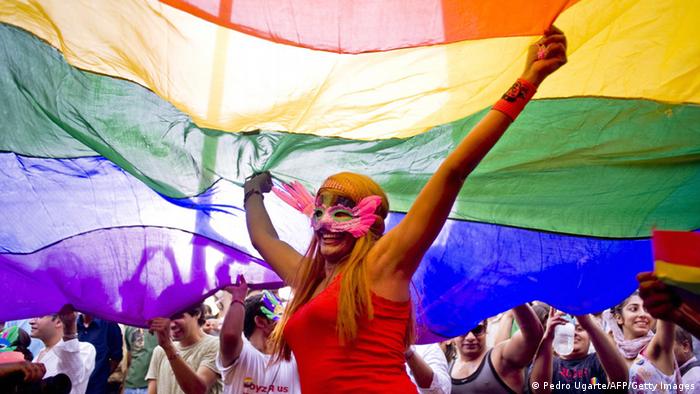 But for the gay and lesbian community across India, Wednesday was a "black day," as one person told DW. Though looking visibly forlorn and livid, many vowed to begin the fight all over again, especially seeing as how the country's largely closeted homosexual community has been successful in raising its profile in the last couple of years.

"This is one of the most retrograde and regressive orders. It is a step backwards to medievalism and more importantly is a stigma to the 33-million strong gay community in India," prominent gay activist Ashok Row Kavi told DW.

What angered homosexuals and transgenders across the country most was that the ruling effectively tagged them criminals once again. They were also angry over the court's decision to pass on the responsibility to parliament in this case.

Section 377 of the Indian Penal Code, that the court has upheld, rules that sex between two consenting adults in private is an offence which carries punishment of up to ten years.

"When the High Court legalized same sex-relations between consenting adults, it came as a boost to the nascent gay movement in India. Do you expect parliament to move on this quickly? Look at the backlog of legislation that is still pending," transgender rights activist Lakshmi Narayan Tripathi told DW.

After the legal victory in 2009, the gay community grew in confidence, holding gay pride events, opening exclusive restaurants and staging film festivals across major cities. The fight for societal change and acceptance was gradually building.

"But look now … we are branded as criminals. What business does the state have to peek into my bedroom when I have consensual sex? I am not going to be a heterosexual because of this verdict," said Sunil Menon, founder of "Sahodaran," one of the oldest counseling centers for homosexuals in south India. 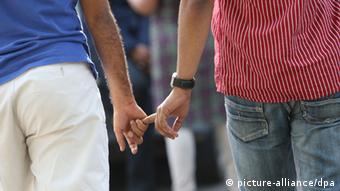 India's LGBT community had only just started to bud

The New Delhi-based Naz Foundation, a gay-rights advocacy group, which filed suit in 2001 challenging the archaic law, said it would fight against the Supreme Court order inside and outside the courts.

"We will challenge this through a review petition. The journey is going to be a long and tough one but we are all in this together and there is no letting up," Shashi Bhushan, a coordinator for the foundation told DW.

A big battle lies ahead for the gay community. And thousands have pledged to continue their struggle with redoubled vigor.

While sex between men is still illegal among most of its neighboring countries, Thailand - the region's most gay-friendly country - could be about to allow same-sex marriage. (26.08.2013)

European parliamentarian Michael Cashman tells DW what the EU can do to help LGBT people against restrictive national laws. More importantly, he tells DW what it cannot do and how the EU parliament hopes to change that. (30.11.2013)

Germany has granted a young doctor asylum due to his sexual orientation, after he faced persecution and social exclusion in Russia. Thanks to a recent EU ruling, other gays and lesbians will likely to follow. (08.11.2013)