Thailand could soon legalize same-sex marriage | Asia | An in-depth look at news from across the continent | DW | 26.08.2013

While sex between men is still illegal among most of its neighboring countries, Thailand - the region's most gay-friendly country - could be about to allow same-sex marriage. 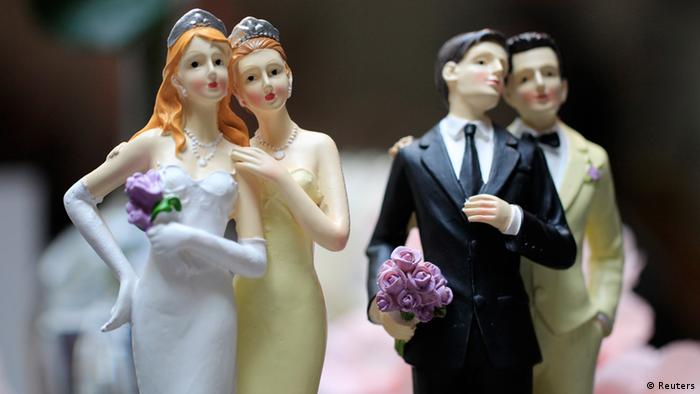 Decriminalized in 1956 - before Britain and the US - there has long been a great deal of tolerance towards homosexuality in Thailand.

Over the past twenty years, even larger changes in attitudes have been observed, including the lifting of a military ban on gays and homosexuality no longer being seen as a mental illness.

The popularity of Thai "lady-boys" in the entertainment industry has also contributed to a wider acceptance of alternative lifestyles.

But still most Thais are conservative at heart and proposals to allow same-sex marriage are the ultimate test of their tolerance. 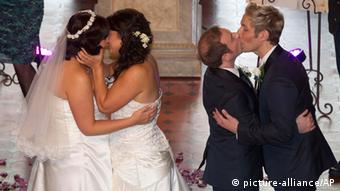 Last year MPs and several LGBT (lesbian, gay, bisexual, transgender) groups sought to draft a law that if passed, would make Thailand the first Asian country to allow gay marriage. To make it to a parliamentary reading, it either needs the support of 20 MPs or a petition of 10,000 public signatures.

"Right now we have about 4,000 signatures," said Democrat MP for Songkhla province Wiratana Kalayasiri, who heads a committee steering the draft bill. "Same-sex people need the same rights as straight people and I support them."

Kalayasiri believes that public opinion is split between the generations.

"Those who are against the bill tend to be over 45. Most young people support it. That's why public participation is essential for it to be successful," he told DW.

The trouble is most Thai MPs are over 45 and initially responded angrily to the proposed law. Kalayasiri thinks most of them are now more supportive. He told Reuters he believed the bill would be passed within a year.

But a recent government survey found that only 40 percent of Thais support gay marriage. Within the LGBT community, there is disagreement about whether the draft law goes far enough.

"It has been rushed somewhat," said Danai Linjongrat, Director of the Rainbow Sky Association of Thailand. "There have only been four or five public hearings across the country."

Linjongrat says three proposals were considered; the first would see a brand new civil partnership law for LGBT individuals, the second ensures a new partnership law for all couples and the third would amend the current marriage and family clause under the civil code.

His organization supports the second but says the bill set to go before parliament follows the first. 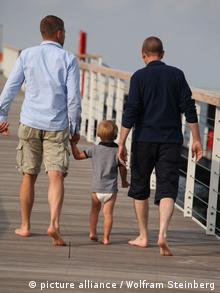 "This draft feels like another form of discrimination and separation. Under current laws, you can marry at age 17. But under the proposed civil partnership law, it would be 20 for same-sex couples," he told DW.

The bill would also force transgenders to register their birth gender on their marriage certificate, preventing them from changing official documentation later, said Linjongrat.

"The ideal partnership law should ensure equal rights of both partners, regardless of gender identity and allow equal rights relating to adoption and divorce."

Another prominent activist Anjana Suvarnananda recently told journalists if changing the law meant altering Thailand's civil code - "the Bible" as she described it - there would be a bigger uphill battle.

Groups behind the proposed bill have studied examples from other countries where the passing of same-sex marriage laws have hit the headlines over the past few months.

After seven years of deep political conflict in Thailand which polarized the country, some activists think the draft law could benefit from a feeling that the political class needs to show more unity.

"It could be a symbol of reconciliation, showing MPs in a good light that they can work together for the good of the country," said LGBT activist Linjongrat.

"It would also help improve Thailand's human rights record which would be seen positively by the international community."

Is same-sex marriage legal in your country? Should same-sex couples have equal rights?

New Zealand has become the first Asia-Pacific country to legalize same-sex marriage, and the 15th in the world. Dozens of people across the country exchanged vows as the new law came into force. (19.08.2013)

British lawmakers have passed a bill legalizing same-sex marriage in England and Wales. The bill is expected to become law later this week, paving the way for the first same-sex weddings to be held in 2014. (16.07.2013)

The first same-sex couple has married in the US state of California after a five-year ban on gay marriage was overturned. The union was made possible after a US appeals court lifted the state's 2008 voter-approved ban. (29.06.2013)