Indian transgender community not keen on voting | Asia | An in-depth look at news from across the continent | DW | 26.03.2014

Most members of India's transgender community are not keen on voting in the upcoming parliamentary elections despite winning the right to vote. Activists say this reflects their lack of trust in the electoral system. 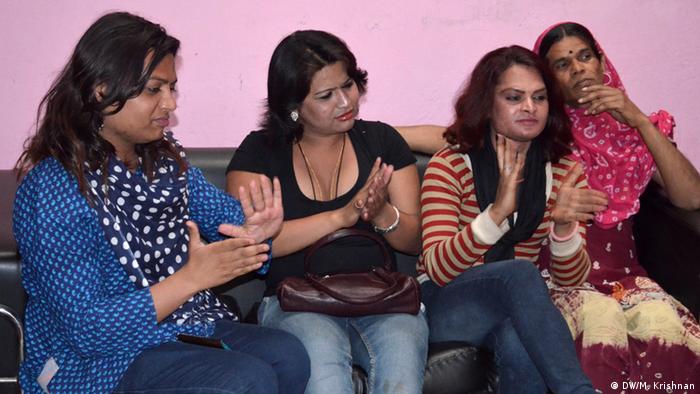 The election fever is high in India these days with various political parties and their candidates trying to reach out to voters ahead of parliamentary elections due in April-May. But Sanjana, a 25-year-old transgender, seems uninterested in the campaign.

"Our existence hardly matters to these politicians," Sanjana told DW. "I recently got a voting card, but I won't participate in the elections. And why should I? Has any political party done anything for us in all these years?" asked Sanjana.

"They want our votes, but do nothing to solve our problems. At the time of elections, these political parties come running to us. We want everyone to recognize and respect our identity first," D' Souza told DW. 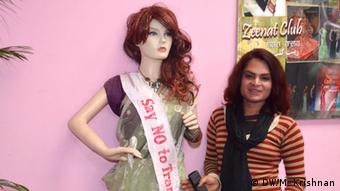 Sanjana and D' Souza are members of India's three-million-strong transgender community called "hijras" in the Hindi language. The term is loosely used for transgender men and women, eunuchs, transvestites, and also for natural intersex people and male cross-dressers. Most of these people are either sex workers or beggars.

In 2011, the Indian election commission decided to allow the transgender people to vote in general elections as a separate group and they are expected to cast their ballots for the first time in the upcoming polls. But election officials say only a handful of them have enrolled in the 'others' category on ballot papers.

"This is not encouraging. We have done our best to go to these people and register them for polls but they don't seem very interested," a senior election commission official told DW on condition of anonymity.

Activists say a lack of interest in the elections reflects the community's anger at a system which has never treated them as equal citizens and deprived them of a dignified life.

Opinion: India should vote for change

India goes to the polls on April 7. When the results are out on May 16, Indians will have taken a crucial decision: to vote for change or to merely vote out the incumbent government, writes DW expert Grahame Lucas. (28.03.2014)

After ten years at the helm of Indian affairs, Manmohan Singh is set to step down as Prime Minister following the parliamentary elections in April-May. DW takes a look at PM Singh's political legacy. (24.03.2014)

While the world celebrated love, Hindu fanatics used Valentine's Day to show their hatred of modernity. While a favorite target tends to be shops selling gifts, this year the focus was on a book about Hinduism. (14.02.2014)

"Transgender people continue to live on the margins of society and are constantly harassed by the police. Also, it seems as if the community means nothing to political parties, probably because of their small population," Anjan Joshi, who works for the non-governmental Society for Peoples' Awareness, Care and Empowerment organization, told DW.

The transgender people's indifference to the elections also stems from the fact that their interests are not reflected in the manifestos of the mainstream political parties. "If we don't figure in their agenda, why should we bother voting for them?" said Flora, another member of the community. 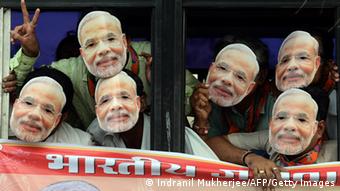 Many of them also fear their problems will aggravate should the Hindu nationalist Bharatiya Janata Party (BJP) come to power. The BJP supported the apex court's ruling.

In 2002, Shabnam Mausi became the first "third sex" Indian to be elected to the Madhya Pradesh state assembly. But Mausi's story has clearly not restored the Indian transgender people's faith in politics and the electoral system. Activists believe there is a lot more to be done by the government and politicians to win their trust and votes.