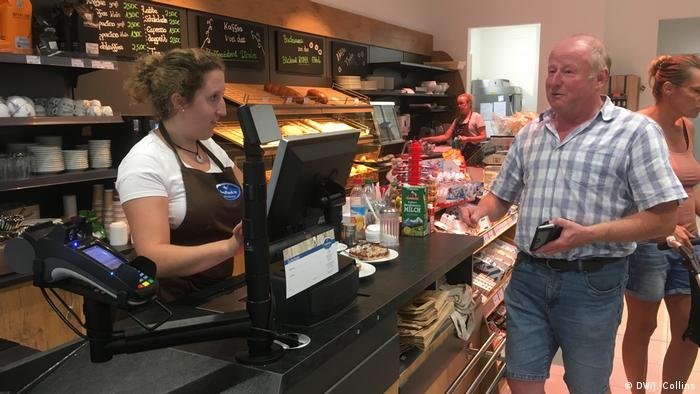 The local grocery store in Grafenaschau looks like most other buildings in the tiny Bavarian village. It has a large pitched roof with broad eaves and is half timber, half stone. The style is as typical as lederhosen, wheat beer and white sausage in this particular part of Germany.

"It's Alpine but not 'yodel style.' We didn't want it to be really over-the-top Bavarian," jokes Hubert Mangold, as he heartily greets people on his way into the store. He's diplomatically referring to kitschier houses with brightly painted shutters, where everything's just a bit too much.

But it's not just the style of the building that reflects the strong sense of custom and regional identity in the southern German state of Bavaria. Most of the products on offer are from nearby and are produced organically using traditional methods.

Dressed casually in denim shorts and a plaid shirt, Mangold, who is the local mayor, points out locally sourced "hay-milk," schnapps and liquor from a nearby distillery, regional, in-season fruit and vegetables, and "in demand" traditionally milled flour.

"We have to get the flour in every week because it's flying off the shelves," explains Mangold animatedly in his thick local dialect. There's reason for excitement. 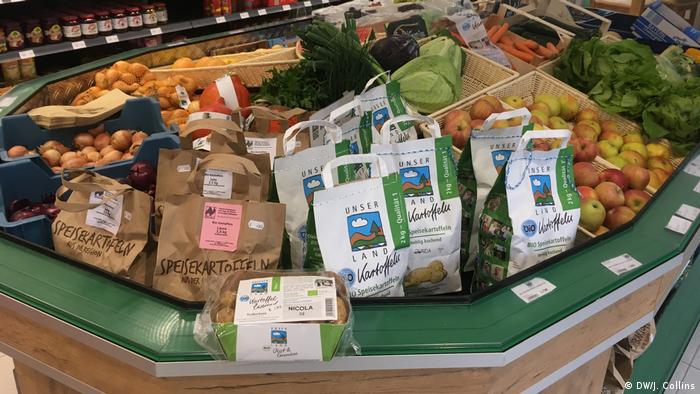 The mini supermarket has been open just a few months but has been in the making since the last of the village stores closed down a few years ago. It means villagers don't have to make the 10-kilometer car journey to Murnau, the closest town, something many are happy about.

"It's super that there are regional products," says one woman just after she bumps into a friend. "Also for the community. You always bump into someone and that's just great."

But it's also better for the environment — an issue Mangold feels strongly about.

"It's completely connected to climate change. Before you had to travel to Murnau at least once a week to do a grocery shop. Now people can leave their car at home. Every journey to Murnau equals CO2," says the mayor.

Climate and environmental protection is at the heart of many projects in the picturesque village of 600.

The local council wants to make Grafenaschau energy-independent using solar power and has also planted flower meadows as a home for disappearing insects and bees, as well as setting up beehives for locally produced honey that can be sold in the village shop. 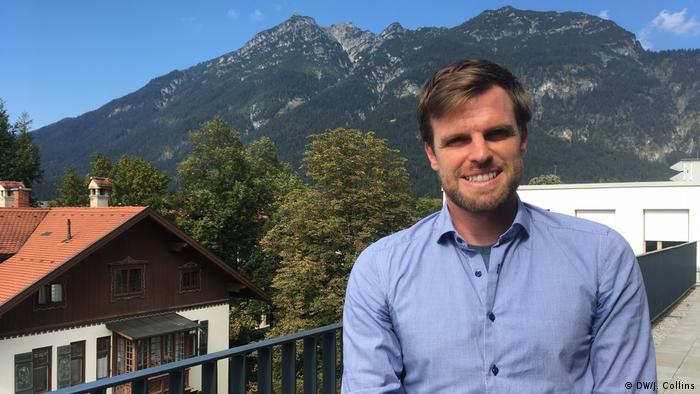 Florian Diepold (pictured) is the climate protection manager for Garmisch-Partenkirchen, an alpine region in Bavaria

There are similar stories across this part of Bavaria, where many communities are trying to make their villages and towns more sustainable. A number of councils are working together to implement eco projects, including a regional green energy transition that would make a number of municipalities in the area fossil-fuel free by 2035.

"The small local councils in particular are very keen to take on a pioneering role here," says Florian Diepold, climate protection manager of Garmisch-Partenkirchen, an administrative district near the German Alps. "There are so many small projects happening, like the one in Grafenaschau with its village store and attempt to produce its own energy."

But getting a project like the community-owned shop off the ground brings its own challenges. Running such a store is a lot more hands-on than managing a big chain where everything arrives with barcodes and all the product information is digitized.

"You really have to do much more yourself because you're moving away from the structures that are already there," says Diepold. 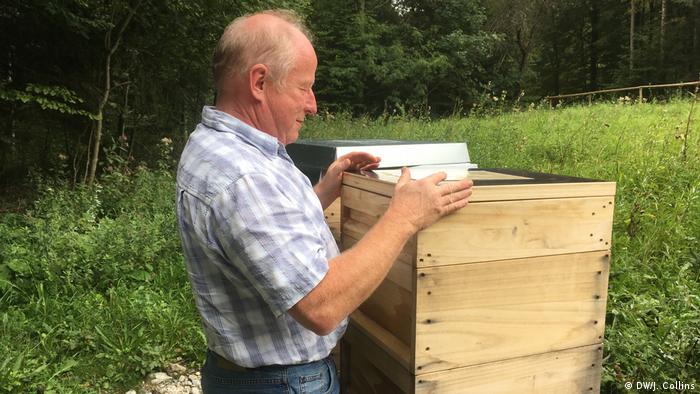 That includes negotiating prices with regional farmers and suppliers for each product. That price then has to be entered into the cash register and the products reordered manually. There is no standard, uniform system across the various organic suppliers.

"You have to make sure you get your reorders in, you have to pick things up yourself. It's a lot of work," confirms Mangold. But a group of locals pitches in and they always make sure they are "climate neutral".

"We get our fruit from the Gardener Hall in Munich," says the mayor. "We have someone who has to go to Munich anyway and he brings the fruit to us. We don't create any additional CO2 emissions ... that's the idea."

But then there's the financial risk. The store belongs to the locals, some of whom are shareholders and are at risk if it fails. Mangold believes Germany's federal and state governments could be doing more to support local councils in fighting against climate change and boosting environmental protection.

"Big politics has been asleep on the job, without a doubt ... That's what we really need, more financing — that the Bavarian state supports us," says Mangold.

Climate protection manager Diepold says that most of what local councils are doing to protect the climate is totally voluntary, and that a lack of support from the federal and regional governments when it comes to laws and finances means they're limited in what they can do.

He says his position as climate protection manager, for instance, is based on temporary contracts, which the local council has to vote to extend, although they are not obliged to do so.

"It would be really positive for our work if there was some kind of legal basis for climate and nature protection inserted into the Basic Law [Germany's foundational legal document guaranteeing fundamental rights]," says Diepold.

Back at the store, Mangold buys a coffee and a plum crumble — a specialty of the region — and jokes with the young local woman ringing up his order. He has lived here nearly all of his life, as have most people in the village.

Some move away for a time to study or work, but many come back to raise their children in Grafenaschau, because as Mangold says, "Where else would you want to live? It's beautiful here."

And he wants it to stay that way. In recent years, he says they've been dealing with more extreme weather events, including heavy downpours and landslides.

"Really, the best we can do is to fight the causes of climate change and to encourage people to set an example with climate protection," says Mangold.

It's sustainable, cozy and on wheels. And while it may not offer all the amenities you can dream of, Germany's only self-sufficient hotel near Berlin lacks none of the essentials. So, come on in to find out for yourself. (09.11.2018)

Why Germany's socialists are failing