5 million Syrian children in need due to war 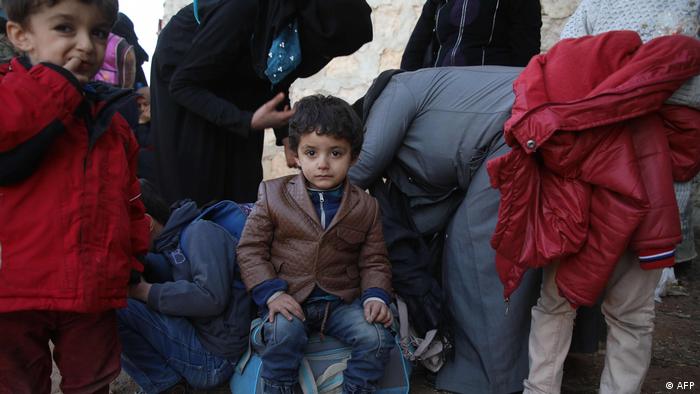 The UN children's organization UNICEF issued a plea on Friday to support Syrian children as the war in Syria nears the start of its 10th year.

"A child dies every 10 hours as a result of the war," the organization said.

The report also estimated that over 5 million children are in need inside Syria and 2.5 million more in neighboring countries.

In a video posted to Twitter, UNICEF also noted that all children in Syria under the age of nine have known nothing but war in their lifetime.

"Humanitarian help may not be able to end the war, but it can minimize the suffering of those most affected," said Christian Schneider, the head of UNIEF Germany.

He noted in a tweet that the war would enter its 10th year on Sunday and added his hope that "the terrible anniversary date would no longer have meaning in 2021."

The ongoing war began in March 2011 with protests against President Bashar Assad and quickly snowballed into violent fighting that drew in several countries and militant groups.

Russia and Iran joined the war throwing their support behind Assad. Western forces, including the United States, provided military aid to rebel fighters, partially as an attempt to fight the so-called "Islamic State" terror group, which at the height of its power controlled wide swaths of Iraq and Syria. 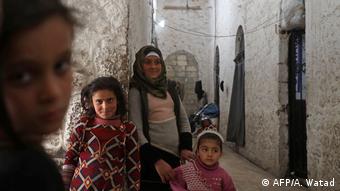 Most recently, the fighting in Syria has been concentrated in the northwestern province of Idlib, close to the border with Turkey.

In recent weeks, some 900,000 individuals, including more than half a million children, have been forced to flee the area due to confrontations between Turkish troops and Syrian government forces.

Turkey, which hosts some 4 million refugees, recently allowed asylum-seekers within its border to travel onward towards Europe, causing thousands to amass on the border to Greece. Germany has urged the EU to take in around 1,500 child refugees.

UNICEF's Syria 9 noted that since 2014, some 2.6 million children have been displaced within Syria, with some 2.5 million registered as refugees in neighboring countries. A total of 2.8 million children are out of school.

The EU has also offered migrants on the Greek islands money for a voluntary return to their home country. Some 5,000 refugees, currently housed in overflowing camps, could take up the €2,000 offer. (12.03.2020)

Russian and regime bombardment have killed 14 people, including children, in Idlib province. German officials have called for the offensive to end, saying the humanitarian situation "is already catastrophic." (03.02.2020)

Officials said Ukrainian grain shipments are set for export within days under a UN-backed deal, after a Russian strike on the port of Odesa cast doubt over Moscow's commitment. DW rounds up the latest.