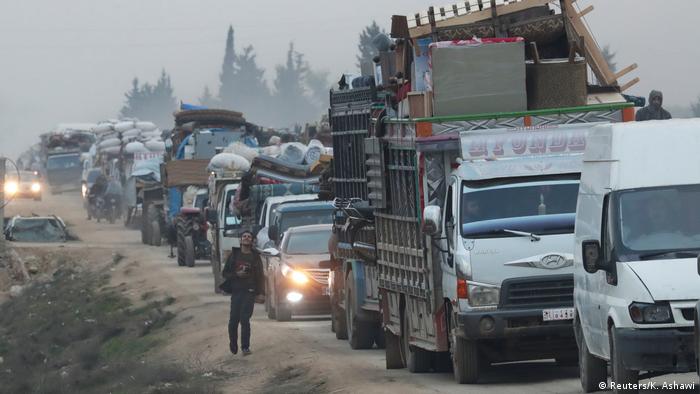 Two suicide car bomb attacks were staged by the jihadi group Hayat Tahrir al-Sham on the edge of Aleppo, Reuters reported late on Saturday — part of Syria's northwest, which includes Idlib province, where rebels have their last footholds.

Aleppo has been under control of President Bashar Assad's forces since its recapture and the defeat of rebels in its eastern suburbs in 2016.

Syria's state news agency SANA said troops had responded to the insurgent attack in the Jamiyat al Zahraa area on the western edge of Aleppo by firing artillery and rockets, and destroying car bombs before they reached their apparent targets.

Read more: Syria — what do the USA, Russia, Turkey and Iran want?

Meanwhile, Turkish-based rebels had attacked Syrian government positions near al-Bab, a city some 50 kilometers (35 miles) northeast of Aleppo, according to the Britain-based Syrian Observatory for Human Rights.

The two sets of clashes follow the seizure of the town of Maarat al-Numan in Idlib province by Assad's forces on Wednesday as part of a two-week offensive, backed by Russian air power, to secure the main highway between Damascus and Aleppo. 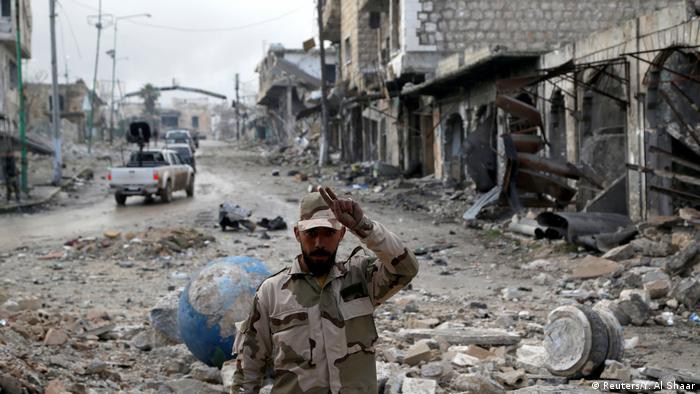 Late on Wednesday, warplanes had also struck Ariha, another town in Idlib province, killing at least 10 civilians and wounding 24 people, including a doctor, according to the Observatory.

Russia's defense ministry denied it had struck near a local hospital, describing such claims as "provocation."

Children make up half of displaced

Save the Children, also citing partner advocates, warned on Friday that half of the nearly 400,000 people displaced by the offensive were children.

Convoys of trucks and other vehicles carrying civilians had crammed roads in areas between Aleppo and Idlib on a scale "unlike anything they had seen before."

UNICEF said daily 6,500 children had had to flee the past week's violence.

The cycle of seeking shelter "only for bombs to follow" was "all too familiar" in northwestern Syria, Lowcock said.

President Recep Tayyip Erdogan of neighboring Turkey warned Friday that Ankara could use military force to stabilize Idlib as tens of thousands fled toward the border. 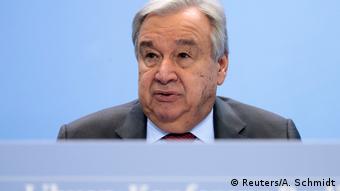 Turkey already hosts 3.5 million Syrian refugees and has troops stationed at 12 observation posts inside Idlib province, itself home to roughly 3 million people, most of them displaced from other parts of Syria.

UN chief Guterres on Saturday called for an "immediate cessation of hostilities" in northwestern Syria.

The Syrian Observatory said the past week's fighting in Idlib and on Aleppo's western fringe had left 205 government fighters and 220 anti-regime combatants dead.

Syria began its descent into civil war in early 2011, when government security forces shot and killed protesters. But if President Bashar al-Assad thought a show of force would end the protests, he was wrong. (14.08.2017)

Fact check: Children used as a propaganda tool in the Israel-Gaza crisis 18.05.2021