Numbers, facts, people: it was a year of milestones in the classical world - and as always, Germany calls the tune. 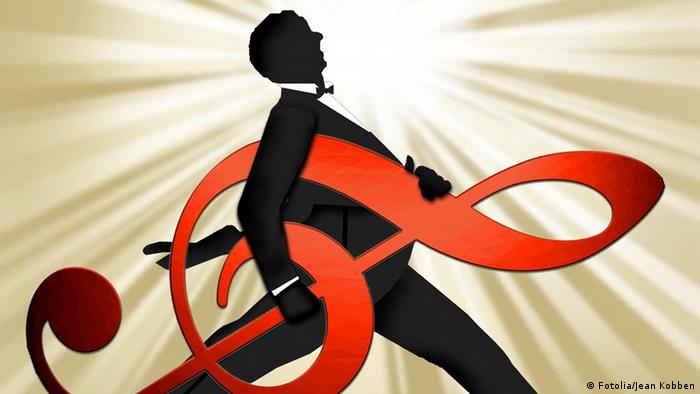 Two of the most influential musicians of the 20th and 21st centuries took their final curtain calls in 2016. In January, the French composer and conductor Pierre Boulez (90) passed away. And in March, it was Nikolaus Harnoncourt (86), the Austrian cellist, conductor, music researcher and a founder of historic performance practice.

Both were visionary artists, both iconoclasts with an enduring influence on the classical music scene: Boulez first and foremost with new and Harnoncourt with early music. And both were quotable: "Blow them all up!" Boulez once famously said, meaning the world's opera houses which he felt were hidebound to stale tradition. For his part, Harnoncourt, who detested the soft-contoured, beautiful orchestral sound of his colleague Herbert von Karajan, expressed his principles with: "Music may also sound ugly" and "To be beautiful, music has to move on the outer edge of catastrophe."

Also deceased: Peter Maxwell Davies in March, Master of the Queen's Music at the British court and the composer of symphonies, solo concertos, operas, ballet, and film music. Davies was 81. And at age 51, South African tenor Johan Botha died in September, a celebrated singer of Wagnerian roles. 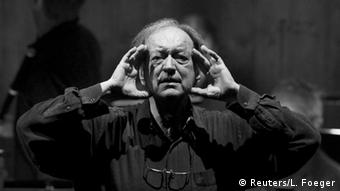 Harnoncourt, a visionary in classical music

At the Bayreuth Festival, things were the same as always - yet somehow different this time. Rigorous security resulted in the "Green Hill" being partially fenced off, leading to a non-festive overall ambience. The festival opened on July 25, only days after terrorist and other attacks in the Bavarian cities of Würzburg, Munich and Ansbach. In acknowledgement of those tragedies, there was no motorcade of celebrities and no red carpet reception - for the first time in living memory.

But as it so often does, the real scandal in Bayreuth erupted beforehand. Three and a half weeks before premiere day, star conductor Andris Nelsons, slated to conduct the new production of "Parsifal," threw in the towel. "Different opinions in various matters" was the vaguely-worded explanation at the time.

It was the newest and most traumatic in a long history of personnel changes at the Wagner Festival. German conductor Hartmut Haenchen had to step in, and with little rehearsal time, delivered a distinctive and warmly received interpretation of the score. Stage director Uwe Eric Laufenberg had no such luck. He later retaliated in the press, calling his (mostly German) critics "prejudiced," "quick to condemn" and "thinking inside the box." 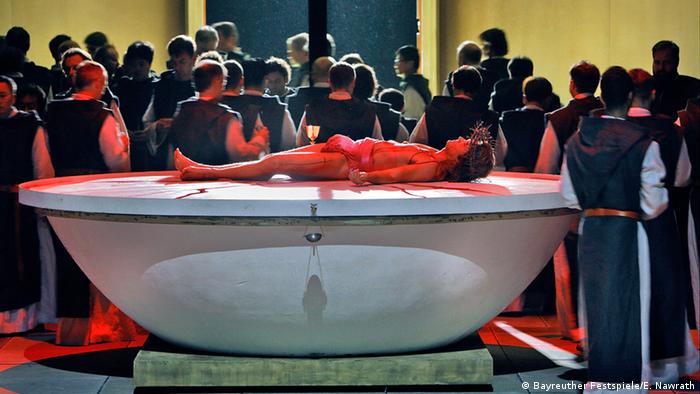 With its criticism on Christianity, the Bayreuth production of Wagner's 'Parsifal' took aim at the core message of the narrative

The thorough restoration of the Bayreuth Festspielhaus has been partially completed, with the southern façade now restored to view. The total costs were once estimated at 30 million euros ($31 million), and work was to have been completed by 2023, but both the budget and the date are likely to be overrun, as was announced in late 2016.

The program of the world's biggest and most renowned classical music extravaganza, the Salzburg Festival, was varied this year, including operas by Mozart, Gounod and Strauss, world premieres of works by Thomas Adès and Friedrich Cerha and a portrait of the composer Peter Eötvös. The Schleswig-Holstein Music Festival, in contrast, revolved around one central theme: Joseph Haydn. In 2017, the festival will turn its attention to the composer Maurice Ravel. 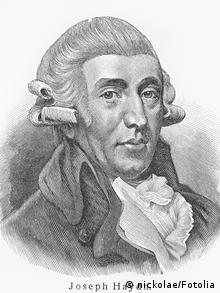 Papa Haydn was celebrated in the North of Germany this year

Kissinger Sommer, in northern Bavaria, celebrated its 30-year jubilee and bade farewell to its artistic director Kari Kahl-Wolfsjäger, who had led the festival from the beginning.

At Bonn's Beethovenfest, director Nike Wagner presented a program with the theme "Revolutions." The performers were high-caliber, the ideas thought-through and professionally executed. Nonetheless, the festival in the composer's home city saw reduced attendance, with only roughly 70 percent of the available tickets sold.

The trend will doubtless be reversed in the following season with its motto "The Eternal Beloved" - if merely for logistical reasons: The series of events is being cut back from four to three weeks, and the main performance venue - the World Conference Center in Bonn - has one-fourth fewer seats than the Beethoven Hall, as it is undergoing restoration for the next three years.

In May, the Eight Bridges Festival in Cologne and its theme of "Music and Politics" were well received, but future municipal funding initially seemed uncertain - and with that, the future of the event. The crisis was averted; in 2017 this festival of new music will continue under the motto "Tone. Sentence. Sound."

A number of annual prizes reflect the societal prominence of classical music. One of Europe's highest in cash terms (75,000 euros, or $78,000) is the Kairos Award of the Alfred Toepfer Foundation, going this time to the Greek-Russian conductor Teodor Currentzis. That is outdone in numbers and gravity however by the Polar Music Award of the Royal Swedish Music Academy (107,000 euros/$112,000), of which Cecilia Bartoli was the benefactor. German conductor Thomas Hengelbrock won the Karajan Musik Prize, set to 50,000 euros ($52,000) earmarked for music education. 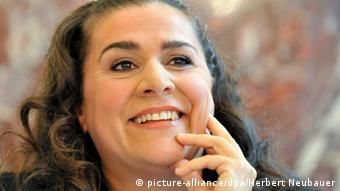 The 10,000 euro ($10,000) Beethoven Prize for Human Rights, Peace, Freedom, Combating Poverty and Inclusion was awarded in December to the Turkish pianist and composer Fazil Say.

The 10,000 euro Leonard Bernstein Award went to the German-French horn player Felix Klieser. Together with the National Youth Orchestra of Germany and the conductor Alexander Shelley, rock singer Campino won an ECHO KLASSIK 2016, as did the Austrian pianist Alfred Brendel for his lifetime achievement.

The classical music industry remained an important economic player in 2016. An originalmanuscript by Johann Sebastian Bach went over the hammer at Christie's auction house in London for 2.5 million pounds ($3.06 million). A proud - or embarrassing, depending on one's perspective - sum of 789 million euros ($824 million), ten times the original estimate, has been spent on the Elbphilharmonie concert venue in Hamburg. Meanwhile, in the capital city, the ticket price for the restoration of the 250-year-old State Opera Unter den Linden is now reported to surpass the original estimate to the tune of 160 million euros ($167 million). The estimated renovation time has stretched from three to seven years, causing furious controversy in Berlin and accusations of severe planning mistakes. Doubts have been raised as to whether the Staatsoper can actually reopen as planned on October 3, 2017. 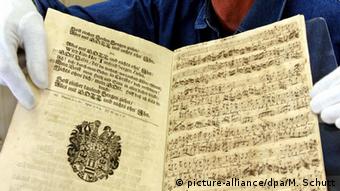 Bach's expensive manuscript in the original

2016 saw the announcement of James Levine's successor as artistic director of the Metropolitan Opera in New York: the French-Canadian conductor Yannick Nézet-Séguin will assume complete responsibility in 2020. Finally, in December the Barenboim-Said Academy in Berlin commenced its educational operations. Financed by the German government, the humanistic education of students from the Middle East is meant to offer a glimmer of hope in the intractable peace process there.

Conductor Daniel Barenboim has been bringing musicians from Israel and Arab countries together for many years already. His new academy in Berlin will allow them to develop musical skills - and new ideas for peace, too. (11.07.2016)