Conductor Daniel Barenboim has been bringing musicians from Israel and Arab countries together for many years already. His new academy in Berlin will allow them to develop musical skills - and new ideas for peace, too. 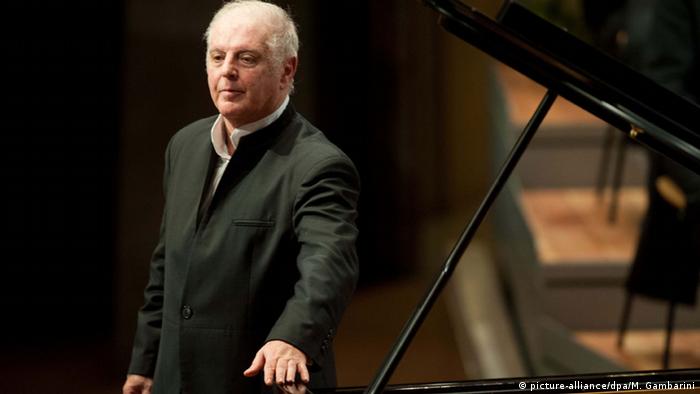 The Barenboim-Said Academy is a new type of music academy to open in Berlin. It is named after the conductor and music director of the Berlin State Opera, Daniel Barenboim, who initiated the project with the late Palestinian-American literary scholar Edward Said, who passed away in 2003.

Thirty young students from the Middle East will begin studying there in the fall of 2016. As of 2018, the academy will welcome between 80 and 90 students.

Daniel Barenboim aims to train them according to the spirit of a youth orchestra he founded with Said in Weimar in 1999, the West-Eastern Divan Orchestra, which combines musicians from Israel and Arabic countries.

The building of the academy will also include a new chamber music hall. Along with Culture Minister Monika Grütters, Barenboim invited the press to visit the building still under construction, which is where DW met him to discuss the vision of the Barenboim-Said Academy.

DW: Mr. Barenboim, in her opening speech, Minister Grütters referred to you as the architect of castles in the sky that are now materializing. Your utopia aims to build bridges through music. Yet we are living in a period where conflicts and wars keep multiplying. Do you feel your initiatives were all in vain?

Daniel Barenboim: I do not think so - on the contrary. When you're sick and you realize your medicine isn't working, you have to try something different. That's what we are doing right now. What has been done over the years in the Middle East had not been productive and has not brought peace. That's why we are trying something else. 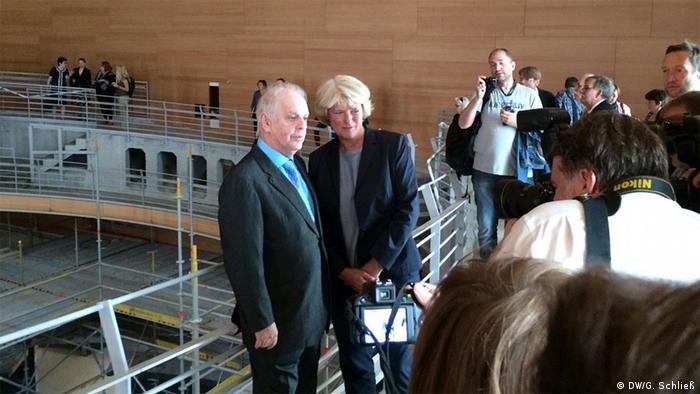 You have been working on building bridges with music and education for a long time already.

I believe education is much more important than we assume. Today, everyone tends to focus on the economy. Of course, the economy is important. People need to have enough to eat, and have work and money. But there are other things that are important. In the Gaza Strip for example, the average age of the population is 16 or 17. If you don't do anything to educate the people there, what kind of future will they have?

You have written a manifesto called "Musical education as humanistic education" and this is a focus of the Barenboim-Said Academy. What are your concrete plans for the academy?

The musical program is based on a very normal curriculum: Along with learning the main instrument, the piano, there will be theory on music history, harmonies, counterpoints, and so on. Yet beyond that, there will be a well planned program in philosophy, which will allow students not only to learn the history of philosophy, but also to explore how anyone can use these ideas to improve themselves, to be happier, to better understand each other.

Why is this kind of musical education so important for professional musicians?

Music is very abstract. When we talk about music, we're not discussing the music itself, but rather how we react to it. That means that a musician who doesn't develop his interior life cannot relate to any associations and remains totally abstract. That's not art. No one can be an artist without a rich inner life. Yet it is difficult to create connections between these two aspects. That's what we're trying to achieve.

You have managed to involve many major actors in the Barenboim-Said Academy: the Minister of State, the Foreign Minister, the City of Berlin and countless foundations. That's unusual, even sensational for Berlin. What signal will this send to the world?

I think the State Minister has expressed this very clearly today - and I am very grateful for it - when she said that this is a sign that the German government believes that this institution can provide a new way of promoting understanding between people and moving towards peace in the Middle East. We are trying to do something new, and the German government has totally supported us. You can imagine that this makes me very happy and even a bit proud. 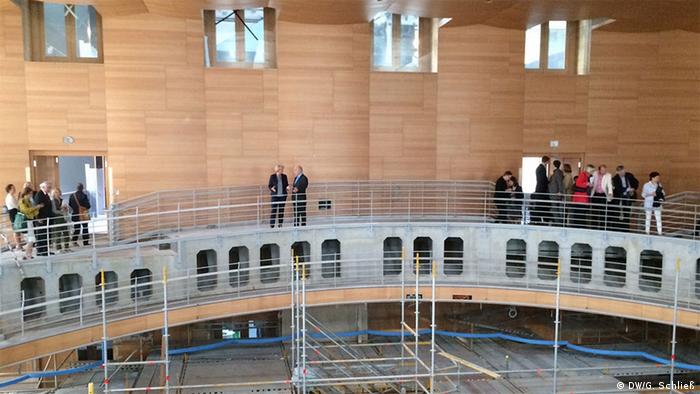 EU brings youth orchestra back from the brink

The EU Youth Orchestra has been saved at the last minute with the EU announcing its renewed support. Threatened with closure after its funding was withdrawn, the orchestra's future was secured with "creative solutions." (02.06.2016)

'The Secret Handshake': Why an Israeli and an Iranian band are touring together

The political situation between their home countries is tense, but that didn't stop an Iranian and an Israeli band from jamming together. Now the musicians are joining forces on tour in Germany. (20.11.2015)