Three and a half weeks before opening day, conductor Andris Nelsons has surprisingly cancelled his contract with the famous Bayreuth Festival. Both parties agreed to otherwise remain silent on the issue. 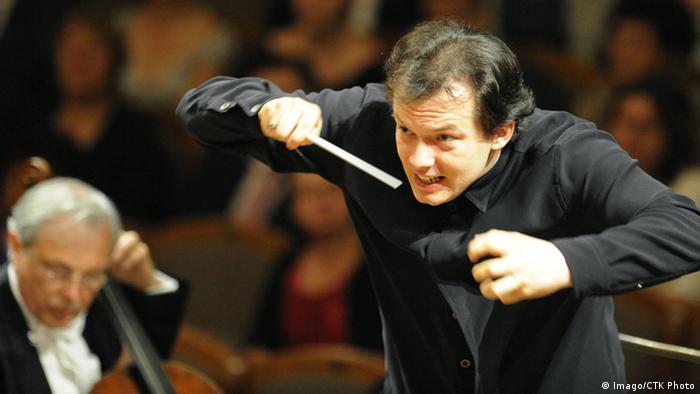 Nelsons was to conduct in the new production of Richard Wagner's opera "Parsifal" on opening day, July 25.

The conductor made his request with "the highest respect" for the festival management, for stage director Uwe Eric Laufenberg, for the assistant conductors, cast, orchestra and chorus.

A statement released by Nelsons' management remained vague as to the reasons for the contract rescission: "Owing to a differing approach in various matters, the atmosphere at this year's Bayreuth Festival did not develop in a mutually comfortable way for all parties."

Beyond that statement, both parties have agreed to make no further commentary on the issue.

Nelsons' planned appearance in the soon-to-begin season had been eagerly anticipated. The current principal conductor of the Boston Symphony Orchestra and future "Kapellmeister" of the Gewandhaus Orchestra Leipzig has been warmly celebrated in Bayreuth in the production of "Lohengrin" that was introduced in 2010.

Independent press reports pointing to tensions in recent days between Nelsons and Christian Thielemann, the conductor and Music Director of the Bayreuth Festival, could not be confirmed.

Behind bars: 'Tristan and Isolde' at Bayreuth Festival

With two lovers and a bitter end, Richard Wagner's "Tristan and Isolde" has intoxicated the world of opera since 1865. The opera opened the Bayreuth Festival on July 25 in a grim new interpretation. (26.07.2015)