The red carpet reception has been canceled at the Bayreuth Festival, in response to the recent Munich shooting spree. DW's Rick Fulker, a regular at the event, explains what else has changed as security is tightened. 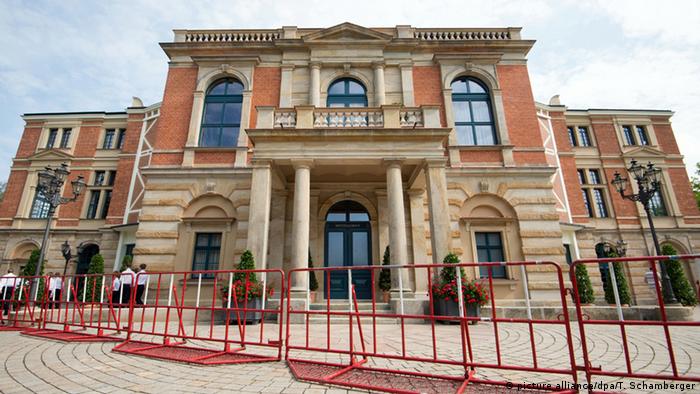 On opening day of the Bayreuth Festival, the Festspielhaus is not fenced off - as one might have thought, since pictures of a fence in front of the theater had circulated during the rehearsal period.

The road leading up to the famous Green Hill, where the theater is located, is open to traffic. However, it will be blocked off Monday evening before and during the opening night performance of Richard Wagner's opera "Parsifal," which begins at 4:00 pm. Until then, the site is freely accessible.

Nevertheless, everything seems a bit different this year.

The ritual most familiar to television audiences and the boulevard press in Germany - the red-carpet welcoming of celebrities, traditionally including Chancellor Angela Merkel - will not take place this year for the first time in memory.

It is a gesture of tribute to and mourning for the victims of the mass shooting in Munich last Friday, when an 18-year-old killed nine people and himself near a shopping mall.

A formal reception hosted by Horst Seehofer, the governor of Bavaria, has also been canceled. In fact, the conservative leader of the Christian Social Union (CSU) won't even be in attendance. 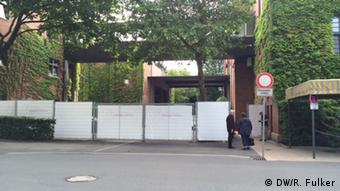 The backstage area at the Festspielhaus isn't particularly inviting

As though to underscore a sense of foreboding, there was last night's explosion at a pop music festival in Ansbach, which, like Bayreuth, is another mid-size city in Bavaria located just 135 kilometers away (84 miles).

Picking up my press tickets this season was a quite different experience. Unlike the front door, the entrance to the backstage area of the Festspielhaus is completely blocked off. Instead, journalists enter the press office through a narrow passageway to the right they've identified themselves and their names have been checked off a pre-approved list.

Although some guests are keen to make the best of it and enjoy the show, there's a palpable tension in the air.

No longer among friends in Bayreuth

Conducting interviews on site was a familiar experience me, since I've attended the festival every year since 1989 with only two interruptions - yet somehow very dissimilar this time. The interview room is still where it's always been, but getting there has changed.

I wasn't admitted through the press entrance, but thorough a side-entrance instead. I identified myself, filled out a form and was given a clip-on pass. Then a receptionist who speaks less than perfect German called upstairs, and the press representative came down to escort me back upstairs to the press office.

While waiting for her to come down, I was under the constant probing glance of a security officer who was standing off to the side. I conducted four interviews in three sessions my first day here, and each time it was the same routine: miscommunication with a receptionist, a call upstairs, and visual inspection by security personnel.

The cozy atmosphere that once existed here, the feeling of being among friends, has been sacrificed to security concerns. Perhaps to the relief of most in this country, which has seen four incidents of violence in one week: an axe attack on a train in Würzburg, the mass shooting in Munich on Friday, a stabbing in Reutlingen on Sunday and an explosion at a festival in Ansbach on Sunday night.

Whether all that has an influence on the perception of the performances remains to be seen on opening night and over the course of the festival.