18th Century Salons Back in Fashion in Berlin

In their heyday, Berlin's salons were places where people who wanted to take part in the free exchange of ideas got together. The 18th century trend has been reintroduced in the capital and its gaining in popularity. 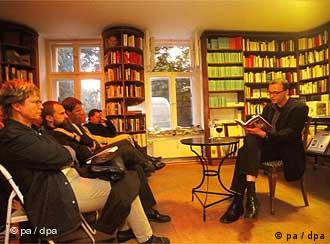 Kiki Bohemia sits at the small organ between the door of the children's room and the television. With closed eyes, the thin woman with the dark flowered dress sings songs she has written. About 40 guests sit on an array of collapsible or wooden chairs. Some lean on the double doors that lead into the study.

Sometimes a small smile will creep across the faces of the audience members, otherwise everyone is quiet -- they just listen.

This is the precise idea of the living room concerts where people who are interested in music meet, says organizer Elena Brückner.

The idea originally came from Holland. Brückner heard out about the salons from a friend, and since March this year she has been organizing the living room concerts in Berlin.

She invites three musicians or bands to play at each event, and up to 40 listeners may attend. A host introduces the performers and heads up the events. "That is exactly the point, to bring people together, to lead to something. That is the salon idea," Brückner said. 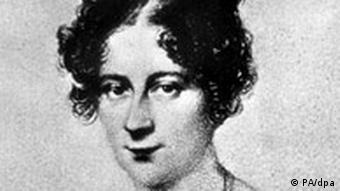 Britta Ganseboom brings people together who share similar interests. Their hobby is literature. In May 1995, she established the first literary salon, which she has organized every week since then.

"Salons are an old concept, which I thought you could fill with new contents. So, artists and people interested in art can get together and make contact," Ganseboom said. It's also important that different generations get together, she added.

Bettina Pohle organizes Berlin's future salon. The salons, to which artists, politicians, journalists, business people and scientists are invited, only meet eight times a year. After a small reception, the participants have dinner together, followed by discussions on the future.

What makes the future salon special is the personal connection, according to Pohle. She invites the 50 guests individually to the events. And usually they are people who are interested in exploring the issues thoroughly and in earnest.

Pohle has been putting on the future salon since 1999, and she believes that no other metropolis is as well-suited to it as Berlin.

"That in Berlin the salon culture has blossomed again certainly has very much to do with the history of this city, besides that it's also the capital now. There's always something going on, but still there's the need to step back and to find this precious room of intimacy and the new," she said.

Whether the salon participants have tickets or personal invitations in their hands, they are in the company of people who are like-minded. Exclusively, so to speak, in the best sense of the word.

Remembering the Theorist of the Banality of Evil

A political theorist with a flair for controversy, Hannah Arendt was one of the greatest thinkers of the 20th century. Oct. 14 marks the 100th anniversary of her birth. (14.10.2006)

Though it was Leipzig's Auerbachs Keller that was among Goethe's favorite haunts, today the city's literary audience is attracted to a number of other underground bars for unconventional book readings. (29.04.2006)

Bold and eccentric, Emil Nolde is one of Germany's most famous expressionist painters. Upon his death 50 years ago, his home in Seebüll near the Danish border became a museum that's stark, idyllic -- and easy to miss. (13.04.2006)