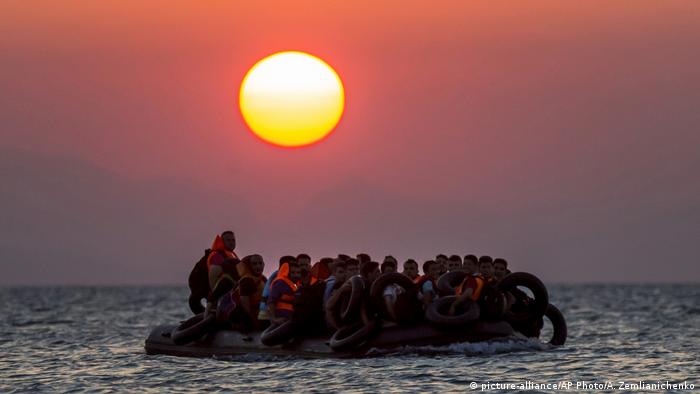 Eleven migrants, eight of them children, drowned off the west coast of Turkey after a boat taking them to Greece sunk in the Aegean Sea, the Turkish coast guard said late Saturday.

The coast guard said it responded to reports of screaming near the resort town of Cesme, just across from the Greek island of Chios, where refugees are crowded into unsanitary camps.

Eight of the 19 migrants aboard the small vessel swam ashore or were saved.

No information about the nationality of those on the boat was provided. Migrants from Afghanistan, Syria and Iraq make up the majority of those making the dangerous crossing to Greece.

The Turkish coast guard regularly intercepts migrant boats heading to Greece as part of a deal with the European Union. In 2019, Turkish authorities reported nearly 60,000 apprehensions at sea while a similar number arrived in Greece, according to the UN. There were 71 reported migrant deaths in the Eastern Mediterranean last year.

Earlier Saturday, Greece's coast guard said 12 migrants were found dead in the Ionian Sea and 21 others were rescued after their boat took on water and sank. Rescue operations are continuing to find nearly 20 others believed to have been on the boat.

Germany's federal police chief said a lack of pre-deportation facilities is hampering the deportation of rejected asylum seekers and illegal foreigners to third-countries. (25.12.2019)