Asylum applicants in Germany's eastern states are far more likely to be the victims of hate crime than those in the west, according to a study. Researchers have a theory as to why that might be the case. 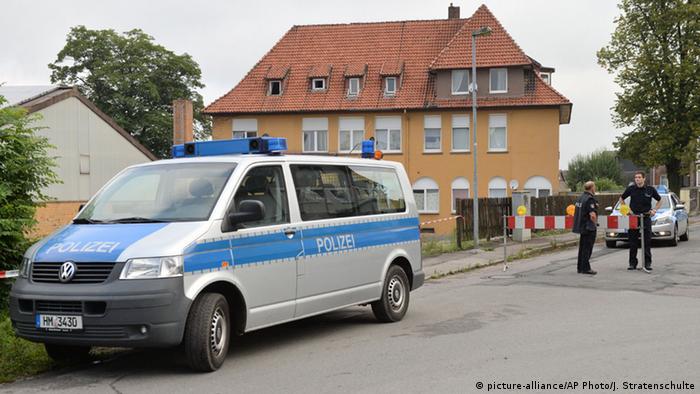 Asylum-seekers in eastern Germany are 10 times more likely to be hate crime victims as those who live in the west, a study published on Sunday found.

Researchers from the Leibniz Centre for European Economic Research (ZEW) looked at 1,155 incidents that took place between 2013 and 2015.

The Mannheim-based center found that they were most frequent in the Sächsische Schweiz-Osterzgebirge administrative district near the Czech border, with 9.76 attacks per 100,000 people in 2015.

All three areas are in the part of Germany that was once part of the country's Soviet-controlled East, and which have traditionally had fewer immigrants than the West.

According to the study, there were 118 districts across Germany in which not a single attack was reported. Of those, only four lay in the eastern states.

The study's authors said that the number of immigrants in a particular district is not the decisive factor in the level of hate crime. More important, they say, is the amount of experience that residents have with immigration.

In western parts of Germany, residents have long had more experience with foreigners, such as the Turkish guest workers who arrived in the country in the 1960s.

Economic conditions in the region also play only a minor role, the authors said. Hate crimes against foreigners had "primarily no economic motive," they stressed.

Instead of focusing on economic improvements, the researchers said, there was a need to increase the awareness and compassion of locals when it came to the plight of asylum-seekers.

The authors also said hate crimes were more likely in areas where comparable offenses have already been committed in the past and where "xenophobic views appear to be hardened."

Germany's prisons already struggle with overcrowding and violence. Under a new proposal, they are also set to house asylum-seekers obliged to leave the country. Is the penitentiary system becoming a political plaything? (10.02.2019)

There was a sharp fall in recorded right-wing extremist violence in 2017, according to a media report citing official figures. But the same sources say the risk of attacks remains high. (06.07.2018)