YPG returnees: Counterterrorist fighters under suspicion | Germany | News and in-depth reporting from Berlin and beyond | DW | 05.01.2020 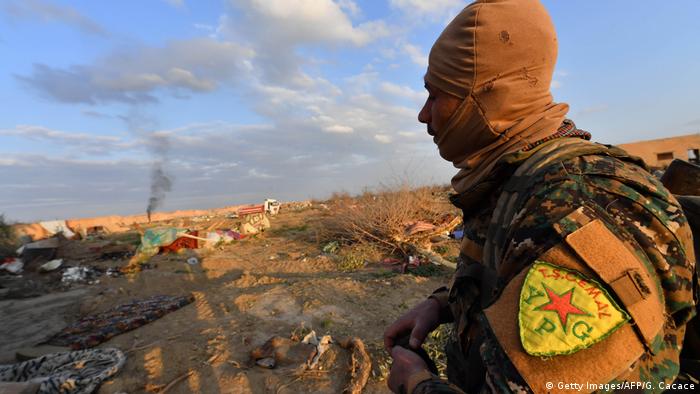 On Friday, October 4, around nine in the morning, the doorbell rang. In front of it stood half a dozen police officers with a search warrant issued by the Federal Court of Justice in Karlsruhe, Germany's highest court when it comes to criminal and civil law.

After that, Jan-Lukas Kuhley lost track of time. He can't recall how long the investigators rummaged through everything in his shared student apartment — but it felt like an eternity.

At the same time, Kuhley's parents received a visit from the police. Another residential community that he had recently moved out of was also searched. The reason for the large-scale action: Suspected violation of paragraph 129b of German federal law, which pertains to membership in a foreign terrorist organization. The slim student had joined the YPG Kurdish self-defense units in Syria in 2017 as a volunteer. He was actively involved in the fight against the so-called Islamic State for several months — in a unit that operated with guns and armored vehicles. Sometimes the situation was life-threatening, he told DW.

When the officers left Kuhley's apartment, they had seized several cell phones, his laptop and various media. Over a cup of tea in his kitchen, the political science student tells DW he was not completely surprised by the apartment search; he knows other YPG returnees who have had a similar experience. But he cannot understand such an investigation on the grounds of suspected terrorism. "The YPG bore the brunt of the fight against IS," Kuhley emphasizes. It received support from the international coalition against IS, "in which the Bundeswehr (Germany's armed forces) is also active. We also carried out counterterrorism in Germany's interest." 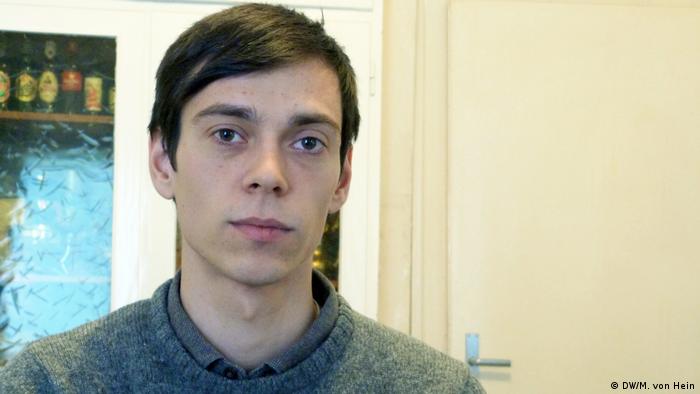 "I don't feel like a terrorist. I fought against terrorists," says Jan-Lukas Kuhley

For the German authorities, however, Kuhley's motivation is irrelevant. What counts for them is that he received military training from a foreign militia and gained combat experience. According to its own statement, the federal government does not distinguish "between supposedly good and bad terrorists." At least that is how the government answered an official request for information by Left Party members of parliament, the Bundestag, in 2015. Speaking to DW, Left Party parliamentarian Ulla Jelpke described the "surveillance and spying on returnees and their families" as akin to collective punishment.

In practice, there is indeed a distinction between returning IS adherents and YPG returnees: According to the security authorities, 122 people had returned to Germany from the terrorist caliphate as of mid-October 2019; the Federal Prosecutor's Office has filed charges against 23 of them for membership in a foreign terrorist organization.

The authorities estimate the number of YPG returnees to be well over 100. However, while around 30 investigations have been initiated, not one YPG supporter has been charged to date. The Federal Ministry of Justice confirmed to DW in writing: "According to the current practice of the Federal Prosecutor's Office, the investigation proceedings are generally terminated." The prosecutor can refrain from prosecuting alleged crimes if they were committed abroad. The fact that it investigated German YPG fighters without charge appears to have political reasons. 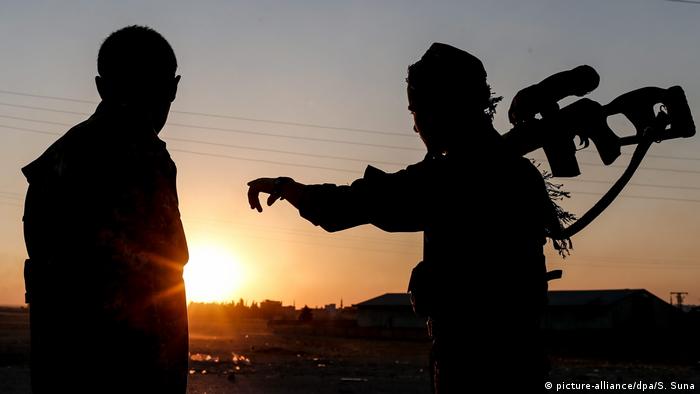 Without the YPG, military victory against the "Islamic State" would not have been possible

Key allies against IS

The YPG's central role in the military victory over IS is key in the decision not to prosecute, DW has learned from legal experts with knowledge of the situation. Indeed, the YPG itself has acknowledged it has paid a high price, suffering more than 10,000 casualties. Its fighters are still the backbone of the Syrian Democratic Forces (SDF), founded in 2015 and trained and armed with the help of the United States. On Syrian soil, they have been America's most important partner in the fight against IS.

The view of NATO partner Turkey, however, is quite different. The YPG is the Syrian offshoot of the Kurdistan Workers' Party (PKK), which the Turkish government has banned and long called a terrorist entity. For decades, the PKK has fought in Turkey for an independent Kurdish state, sometimes engaging in terrorist practices. Tens of thousands of people on both sides have died in this still-unresolved conflict. The ideologically socialist PKK has been banned in Germany since 1993 and has been on the EU terror list since 2002. It is also banned in the United States. The YPG, in contrast, is completely different: It is not illegal in Germany or in other European countries. The United Nations does not classify the militia as a terrorist group, either.

However, a dilemma arises for the German judiciary: Ideologically, the YPG defers to the imprisoned PKK founder Abdullah Ocalan. In the cemeteries of its fallen fighters, his portrait flutters on flags in the wind. In the Rojava area in northern Syria, the YPG is trying to implement Ocalan's vision of a state. This model of a society organized from below makes the northern Syrian Kurdish region an attractive place for left-wing idealists from all over the world — including Jan-Lukas Kuhley.

In Germany, the responsible federal prosecutor's office in Karlsruhe has so far mainly investigated returned YPG fighters if they have publicly and emphatically confirmed their membership in the militia. That was also the case with Kuhley: The search warrant approved by the Federal Court of Justice, which DW was able to see, expressly refers to a DW article about Kuhley's time with the YPG. 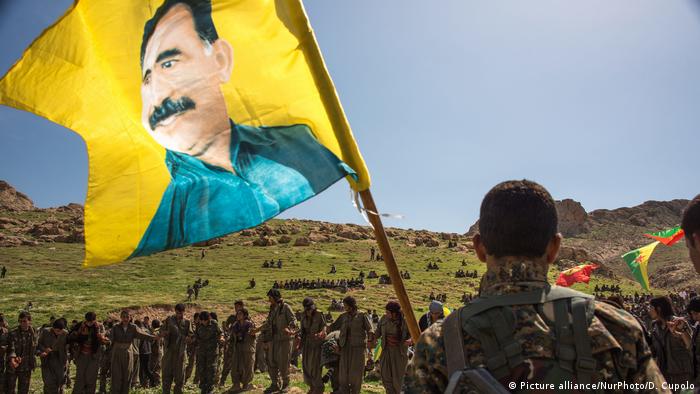 Under German law, authorities are required to initiate an investigation if they learn of a possible crime — something experts refer to as the "principle of legality." In the case of the YPG, the public prosecutor's office considers membership in the militia to be indirect membership in the banned PKK.

The chairwoman of the interior affairs committee of the German Bundestag, Andrea Lindholz, emphasized to DW that "a state firmly based on the rule of law is characterized by the fact that it considers each individual case separately and does not make blanket decisions." Lindholz, a member of Chancellor Angela Merkel's conservative CDU/CSU bloc, says that the YPG is not classified as a terrorist organization. She describes the PKK, however, as "the most powerful foreign extremist organization in Germany." The federal government itself "does not expect armed attacks by PKK fighters in Germany or against German targets." That, too, features in the government's response to a request from several left-wing members of the Bundestag in 2015.

The Interior Ministry and the Federal Criminal Police Office also confirmed to DW that none of the YPG returnees is currently classified as a threat. In stark contrast, almost half of IS returnees — 53 of the 122 known cases — are officially considered as Gefährder, a criminal designation for suspects considered threats to public safety. The German government provided the information in mid-November in response to an official parliamentary inquiry from the Left Party in the Bundestag. 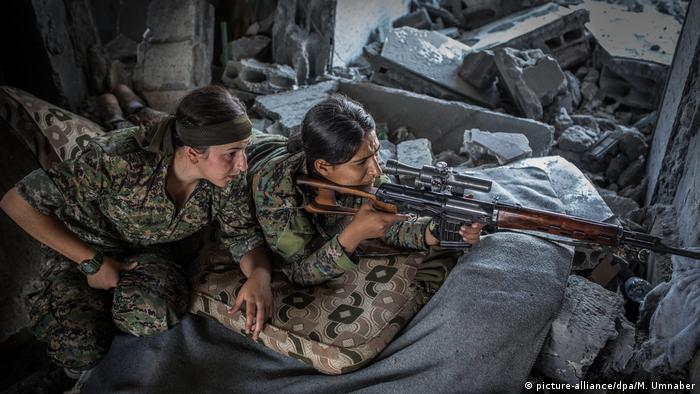 The YPG also includes women's combat units (YPJ), such as these soldiers pictured during an anti-IS action in Raqqa, Syria, in 2017

Omid Nouripour, the foreign policy spokesman for the Green party parliamentary group, warns against glorifying the Kurdish self-defense units. He points to allegations by human rights organizations that the YPG is also recruiting child soldiers. Regardless, Nouripour also emphasizes that the Kurds "did the dirty work for the West against IS." Therefore, the German government must decide "whether these people have fought for us or against us."

However, foreign policy considerations also play a major role in the decision. At the beginning of December, during the NATO anniversary summit in London, Turkish President Recep Tayyip Erdogan once again asked his partners to classify the YPG as a terrorist organization. Germany is in a tough spot: Relations with Turkey are very close, as it is not only a NATO ally but also a very important economic partner. Moreover, without the refugee pact with Turkey, the number of refugees arriving in Germany would probably not have decreased. Lastly, around 3 million people with Turkish roots live in Germany.

For the Green MP Nouripour, it is clear: "The German government is trying to find a balance between the YPG on the one hand and Turkey's wishes on the other. That cannot succeed."

The consequences of this legal and political dilemma are felt by people like Jan-Lukas Kuhley — even if the investigation against him is likely to be ended in exactly the same way as against the other YPG returnees.

Turkey has begun an assault on US-backed Kurdish fighters in northeast Syria that many fear will destabilize the region. The offensive threatens to create a huge chasm between Turkey and the US. (09.10.2019)