Berlin has tried to reassure the public that suspected German Islamic State supporters being deported from Turkey do not pose a security threat. Critics say the government should have brought them back sooner. 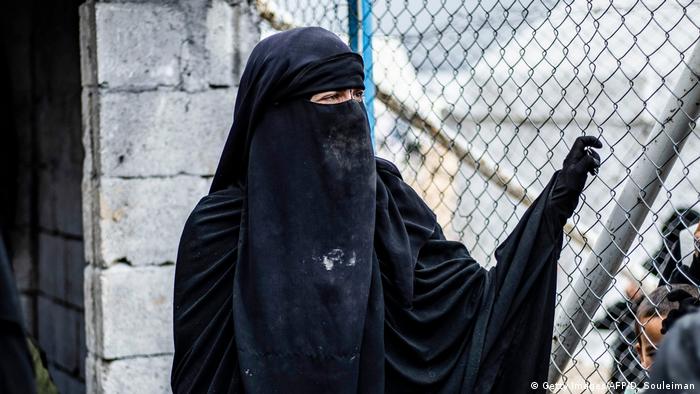 A family of seven German Islamists arrived in Berlin on Thursday after the Turkish Interior Ministry announced earlier this week that it would start deportations of captured "Islamic State" supporters.

There are no German arrest warrants for the family of German-Iraqi Kanan B., meaning they will be free to return to their homes in the central German state of Lower Saxony, though under police observation.

According to Turkish authorities, Kanan B. tried to travel to Syria with his family about a year ago, but it is not known if he arrived. The family, consisting of two parents, two adult children, plus three minors, had been in custody in the Turkish city of Izmir since March.

German authorities said they do not believe Kanan B.'s family ever joined Islamic State, but that he was part of the "Salafist spectrum," which means the family members are thought to observe a particularly conservative interpretation of Islam. 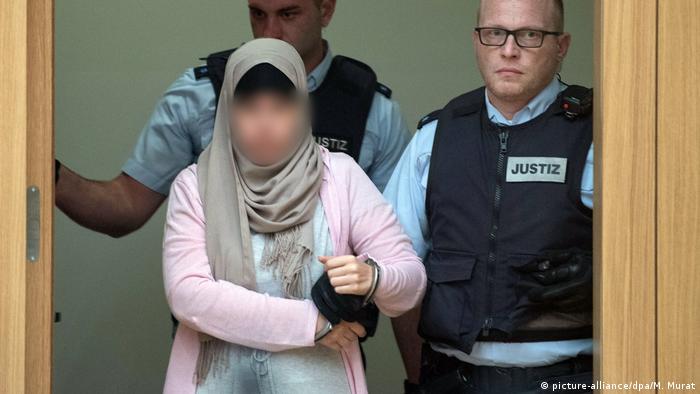 Several IS returnees have already been put on trial in Germany

No need for panic

"They did not take part in the fighting," he told the Deutschlandfunk radio station. "They won't be sent to prison but they have to be kept under surveillance." He added that the cases would be thoroughly assessed and that such procedures were routine for German security forces. Schuster also rejected reports that the Turkish announcement caught German authorities by surprise and that Ankara did not provide adequate notice ahead of the deportations.

The other two Germans being returned by Turkey in the coming days are "a little more difficult," Schuster said. The two women are already under investigation in Germany and are to be picked up by authorities at the airport, questioned and searched. Prosecutors will then decide whether there is enough evidence to issue an arrest warrant.

German opposition parties have been critical of the government's failure to face the problem sooner. Stephan Thomae, deputy leader of the Free Democratic Party (FDP), acknowledged that Berlin had little choice but to accept German citizens deported by another country, but "the government kept its head in the sand for a long time, didn't want to have anything to do with these cases," he told DW. "That is coming back to bite them now. It would have been better if the government had made contact with Turkey much earlier to discuss such processes."

Some critics have argued that German prosecutors have little chance of bringing cases against IS members because of the difficulty proving their suspected roles in the war in Syria.

But lawyer Mahmut Erdem insisted that it was "not impossible" for convictions to be made. Erdem represents several families whose relatives have left the country in an attempt to join IS, and works to bring them back from prisons in Turkey or Syria.

"We have to be able to bring the victims of these perpetrators to Germany as witnesses before a proper court," he said. "Why aren't Yezidi women questioned as witnesses?" He also pointed out that Kurdish groups had offered to help find evidence against foreign IS fighters.

Read more: Who was IS leader Abu Bakr al-Baghdadi?

Ninety-five German suspected IS supporters are believed to be in custody in Turkey, Syria, or Iraq. German police have active investigations against 33 of them and arrest warrants have been issued in 26 cases, according to the dpa news agency.

Meanwhile, dozens of IS members have already faced court in Germany after voluntarily returning, and even those against whom there is no evidence of actual crimes are usually put under surveillance by state police or domestic intelligence agencies.

Thomas Mücke, founder and head of the Violence Prevention Network, said it is possible to deradicalize IS returnees, as it is with any extremists, and that his organization has visited several in prison. "We have had experiences with 36 IS returnees," he told DW. "With young people, we can do a lot."

He pointed out that his organization had successfully helped a 17-year-old who had been put into a suicide command unit. "Today he is 24 and living a completely normal life in Germany," Mücke said.

He added that it would have been better to bring more people back to Europe, rather than leaving them in Turkish or Syrian prisons, surrounded by other extremists.

"That would've been more organized than is the case now," he said.

A police operation involving hundreds of officers has resulted in the arrest of two suspected Islamists. At the center of the investigation is a married couple who attempted to join "Islamic State" in Syria. (21.02.2019)

Konstantin G. fought the "Islamic State" side-by-side with the Kurdish YPG, who were the local allies of US forces on the ground. He was killed in October, reportedly by a Turkish air attack. DW spoke with his parents. (05.11.2019)

An "Islamic State" fighter from the US has already been deported and plans are to repatriate a German and a Danish citizen later on Monday. Ankara is also preparing to return scores of other Europeans. (11.11.2019)