Yes, climate change fuels forest fires — but that′s not the only factor | Environment | All topics from climate change to conservation | DW | 19.10.2017

Wildfires have devastated forests and communities around the world this year. Climate change is certainly to blame — but it's not the only reason. Unfortunately, irresponsible human activity also plays a major role. 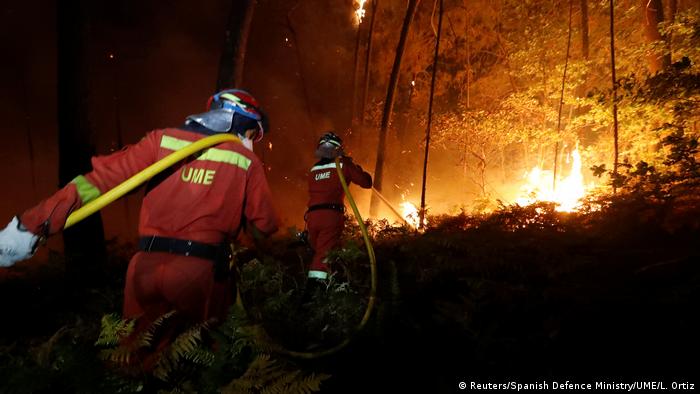 The warming climate has played a substantial role in the devastating wildfires around the world in 2017. However, the real causes of such tragedies are often left in the shadows — and in most cases they can be traced back to human activity.

Pyromaniacs, negligent forest visitors tossing a smoldering cigarette butt into the bushes or farmers burning trash without the required control measures are just some of the reasons fires are sparked and end up burning thousands of forest hectares around the world every year.

Fire and forestry experts have pointed out that forest fire intensity could be reduced with appropriate land management and policies that take climate change into account. These, again, are human factors.

Recent wildfires in California, Chile and Portugal, to name just a few, are proof of the increasing risk presented by forest fires at a global scale. If nothing changes, this threat could only worsen in the coming years. 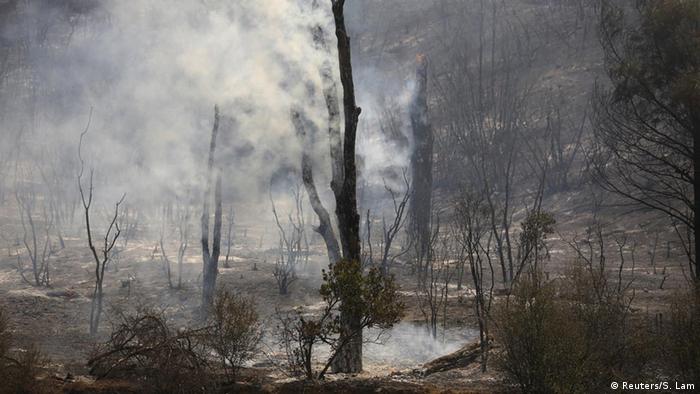 Humans responsible for majority of fires

"Humans are responsible for most fires around the world, although this can vary significantly depending on the region," Lindon N. Pronto, fire management and climate specialist at the Global Fire Monitoring Center (GFMC), told DW.

In the United States, humans have been responsible for more than 80 percent of wildfires,according to a 2017 study. The US National Park Service has an even higher estimate, up to 90 percent. 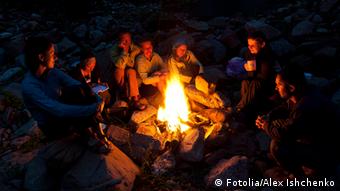 In Europe, around 97 to 98 percent of wildfires are caused by humans, according to the Global Fire Monitoring Center.

In countries like Spain, data from the Spanish Ministry of Agriculture, Food and Environment shows that arson represents nearly half of the fires caused by humans.

However, contrary to widely held beliefs, fires set for personal or economic gain, or as a result of pyromania, account for a very low percentage of fires in the country.

"Burning stubble in a field without authorization is an illegal action and is considered as an intended cause of fire, and it's the most common one," said Monica Parrilla, forest campaign manager with Greenpeace Spain.

Wildfires can be sparked by many factors — and sometimes, the source remains unknown. But what is certain is that poor land management can intensify the tragedy.

Fire has been used for centuries as a helpful tool in agriculture, but the rural exodus has left areas of dense vegetation to grow out of control, increasing the risk, Pronto explained.

"The fires burning in Southern Europe are affecting landscapes in which 30 to 50 years ago wildfires would hardly have stood a chance," he said.

Moreover, large rural areas in countries like Portugal have been reforested with economically profitable, but highly combustible, species such as eucalyptus, Adelia Nunes, geography expert and author of several studies on the topic, told DW.

Insufficient forest management and abandoned rural areas, together with the effects of climate change, result in an explosive combination, she said.

"In Spain, we talk about the rule of 30: temperatures above 30 degrees, winds above 30 kilometers per hour and relative humidity under 30 percent," said Parrilla.

Under such conditions, she added, firefighting is an almost impossible task.

In California, the hot and dry climate also increases the risk of fire. But instead of thinking ahead and adapting to the consequences of global warming, the state's population is expanding toward high-risk areas.

"We are failing to adapt to the environmental conditions that are feeding fires," Pronto said.

Technological upgrades to fire and emergency services are not enough to stop this deadly trend, Parrilla warned. Instead, governments must adapt their policies to global warming.

Not much can be done to avoid forest fires in the upcoming years, Nunes said; prevention is a long-term challenge. But she stressed that it's time to start moving in the right direction and improve land management, particularly in areas close to rural villages.

"In Portugal, we should also start planting native species like the European oak. They're less economically productive than eucalyptus, but far more resistant to fire," she said.

Pronto believes a good start for places like Portugal and Chile would be to curtail plans to plant dense forests of non-native, flammable tree species for profit.

But for now, it's time to act quickly to limit soil erosion and water pollution with caused by ashes, Parrilla said.

"And then, there is a need to raise awareness and change our minds," Nunes said. "There is an extreme lack of education regarding fire."

France has asked other EU members for help in fighting several wildfires in the southeast of the country, including one near Saint-Tropez on the French Riviera. At least 10,000 people have been evacuated from the area. (26.07.2017)

Southern Europe is sweltering under a heatwave nicknamed "Lucifer," with temperatures well over 40 degrees Celsius (104 Fahrenheit). This has led to forest fires, triggered weather alerts and damaged crops. (07.08.2017)