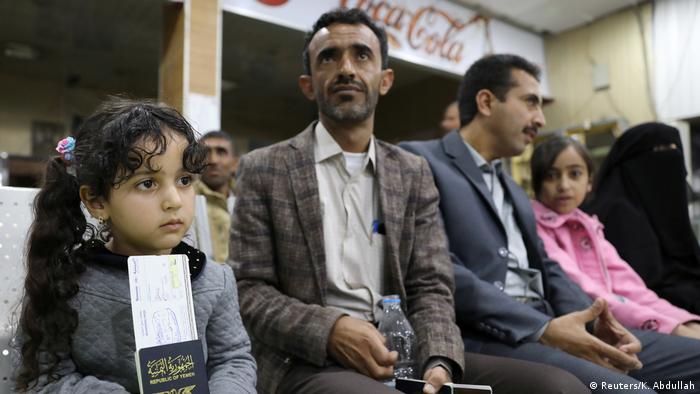 A United Nations flight carrying Yemeni patients in critical need of medical care left the country's rebel-held capital Sanaa on Monday, in the first such aid flight in over  three years.

Eight patients and their relatives took off on a flight from Sanaa to Amman after years of negotiations, according to the World Health Organization (WHO).

The WHO said the medical operation is expected to continue with another three flights this week, bound for Amman and Cairo and carrying a total of 30 patients.

Most of the patients on the first flight include "women and children who suffer from conditions such as aggressive forms of cancer and brain tumors, or who need organ transplants and reconstructive surgeries," the WHO tweeted.

"This is the first of what we hope will be a number of flights in the medical air bridge," UN Resident Coordinator for Yemen Lisa Grande told AFP news agency.

Saudi Arabia controls Yemen's airspace and has prevented any flights from leaving the capital since August 2016.

In November, Yemen's internationally recognized government, backed by a Saudi-led military coalition, agreed to allow patients to be flown out of Sanaa. The coalition has been fighting Iran-backed Houthi rebels since 2014.

The Health Ministry belonging to the Houthis, which control the Yemeni capital, criticized the UN's move to only take eight patients, however. They said in a statement that the UN had initially agreed to airlift 30 patients, but used one of its own aircraft with a smaller capacity insted of using a larger plane belonging to Yemen's national airline.

The ministry said that 32,000 people are in need of urgent medical treatment.

The resumption of flights "comes too late for thousands of Yemenis who died waiting to leave the country for urgent life-saving care ... Many more are still waiting to get the health care they need," said the Norwegian Refugee Council representative in Yemen, Mohammed Abdi in a statement.

However, the UN has touted the move as a positive step towards calm in Yemen.

"It is clear there are literally thousands of patients who haven't received the treatment they need because of the blockade," said Grande. "With the first flight we've opened the door."

The move to allow the medical flights was widely seen as a confidence-building measured aimed at ending the five-year war that has killed thousands and displaced millions in what the UN has dubbed the world's worst humanitarian crisis.

Read more: Longing for peace: The young Yemeni pushing for change from abroad

The flights are also a possible step towards reopening the capital's airport, which is one of the top UN priorities in the region and a key demand of the Houthis.

Yemen has been steeped in conflict since the Houthis ousted the government of President Abd Rabbu Mansour Hadi from Sanaa in late 2014. A Saudi-led military coalition stepped in in 2015 to try to restore Hadi's leadership.