Yazidis fear ′IS′ radicals in Greek refugee camp | Europe | News and current affairs from around the continent | DW | 03.11.2018

Having fled the murderous threat of the "Islamic State" (IS) group, Yazidi families from Iraq now live in fear in refugee camps in Greece. Judit Neurink reports from Malakasa. 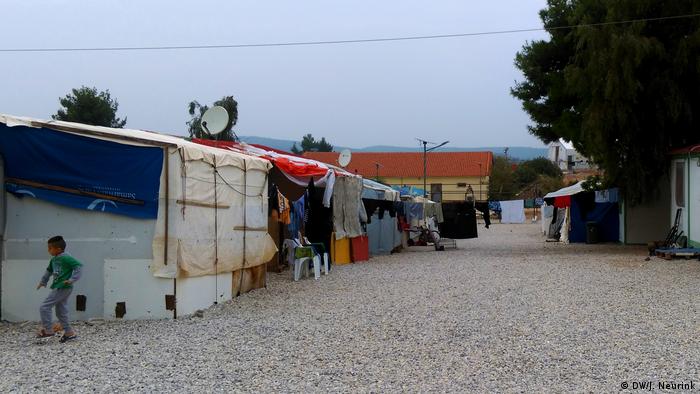 "If the Afghans know I am Yazidi, they will burn me alive. They don't see us as human beings." Kheiri Zabri, 37, casts a worried look as his caravan's curtains move in the wind in front of the open window. Since December, he has been living in a camp in Malakasa, just outside the Greek capital, Athens, with his wife Zairan and their three young daughters. There are hundreds of other refugees in the camp, many from Afghanistan and Syria.

Last month, a fight broke out one night in front of his caravan involving a hundred or so Syrians and Afghanis. A 31-year-old Syrian refugee was killed, and eight others were wounded. Dozens of those involved were arrested by the Greek police. The small camp is overflowing with people seeking refuge, with newer arrivals living in tents as extra housing is constructed.

Zabri told DW that neither the police posted outside the camp nor the army from the base next door interfered and he and his family now live in fear, as do the other three Yazidi families in the camp seeking asylum. They are all members of an Iraqi religious minority that was persecuted by IS. 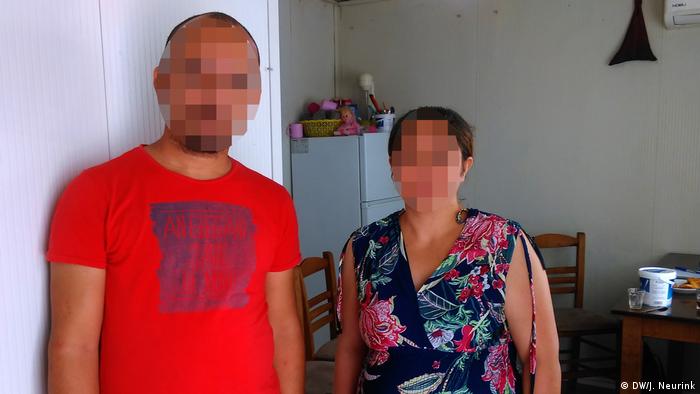 In the camp, large groups of single men live next to families. "They play football at 3 a.m. We cannot even complain, as they attacked our neighbors when they did," Zabri said. But there is more to it than bullies scaring other refugees. In Iraq, Zabri did not show fear when IS attacked their village on August 3, 2014. His was one of two Yazidi villages where the men stood up to the radicals. The villagers fought until they ran out of ammunition, losing 40 men, two of them family members. Another cousin was beheaded in Mosul.

He found refuge in a camp in the Kurdistan region of Iraq, but left when his trust in the Kurds' commitment to keeping the Yazidis safe was shattered after Kurdish troops quit the province of Sinjar just before IS arrived in 2014. And even though seven family members lost their lives in 2015 crossing the Aegean from Turkey to Greece, last year Zabri again set aside his fear when he boarded a smugglers' boat with his wife and child. "We decided it was better to die, if we could not live in safety somewhere else."

But it seems they've moved out of the frying pan into the fire.

"Many people here are the same Daesh we fled from," Hussein Khidher, 29, told DW, using the Arabic name for IS. Word in the camp is that the attacker who killed the Syrian man last month was with IS.

"They call us kafir, unbelievers," his wife Ilhan added, working on the tiny kitchen unit to prepare a simple lunch of meat and rice. She recounts the warning she received from a Syrian woman in the camp, who had fled the Syrian town of Deir el-Zour, which is under IS control. "She warned me not to speak badly about Daesh in public, as there are so many of them here."

Her husband remembers the conversations he overheard while waiting in line for food at the Moria camp on Lesbos, where they spent their first two months in Greece. During Ramadan, radical Muslims in the camp tried to punish people for not fasting, which led to an exodus of Kurds and Yazidis, some of whom ended up in the Malakasa camp. 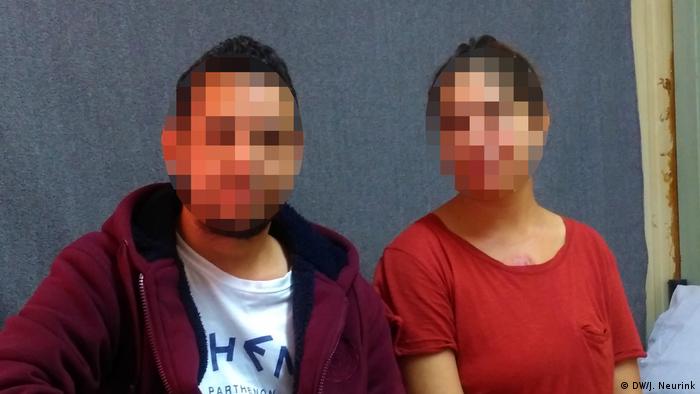 Khidher, who speaks Arabic and Farsi, heard Arabs and Afghans call others unbelievers. "They even called Greece and other European countries the home of unbelievers. So why do they want to be here? Because their governments are looking for them, as they are criminals."

Ayad Khidher Khano, 27, arrived in the Malakasa camp a year ago. He was a "kitchen boss" in the Lesbos family camp. "The situation there is the same as in Sinjar," he told DW. "The Daesh we had in Iraq are now here. I can show you someone who planted bombs in Falluja." Falluja was the first city IS captured in Iraq in 2014.

The memory of seeing 27 members of his extended family killed by IS in Sinjar in August 2014 is still fresh in his head. "And they used knives, to save ammunition."

The call for prayer sounds loudly over the camp from a tent in the corner that is being used as a mosque. "I am proud to say I am a Yazidi. But not here. Here I say I am Kurdish," Khano said. The other families do the same, only telling translators they trust about their real identity. Yet his Syrian neighbor from Deir el-Zour recognized him from the red and white thread around his wrist, a Yazidi custom. "He told me our women are under their control in Syria, that his brother has one as a slave."

Apart from killing over 6,000 men, IS kidnapped over 6,000 Yazidi women and children and forced them to become slaves and fighters. Only half of them have so far been able to escape, and most of the Yazidi families in the Malakasa camp still have family members who are missing. 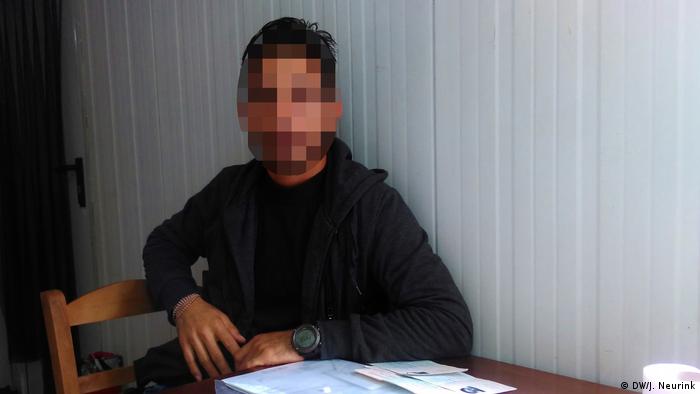 Khano says he reported the threats and his fears for his family's safety to aid organizations and the Greek Ministry for Migration. "But nobody takes care of us. They say: 'We cannot do anything for you.'"

When asked, Carolina Nikolaidou, International Organization for Migration (IOM) spokeswoman in Athens, pointed out that the Greek authorities decide which refugee goes where. But she suggests that Yazidi families posing as Kurds may have led to some confusion. In order to calm things down in the Malakasa camp, the ministry is planning to move some nationalities out, but it is not yet clear if this move will involve the Yazidis.

Greek media reported that after the riot in the Malakasa camp, the authorities looked into claims that Islamic radicals connected to IS were involved, but did not find any concrete proof. On Lesbos, Greek police told the Ekathimerini.com website that "498 foreign nationals had been arrested for various crimes since the beginning of the year, but none had credible links to Islamic terrorism."

Yazidi activists, aware of the IS threat, have tried to secure a way out. But when European Parliament members helped arrange for 700 Yazidis in Greek camps to be taken in by Portugal, the deal broke down because the EU and the Greek authorities refused to give special treatment to particular groups of refugees.