Xi warns Biden against 'playing with fire' over Taiwan

The call between the leaders comes amid a potential visit to Taiwan from House Speaker Nancy Pelosi. Xi Jinping reportedly told Joe Biden that China was opposed to Taiwan's independence as well as outside interference. 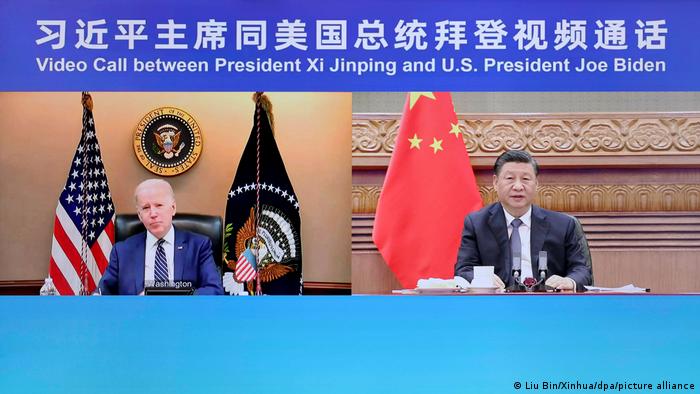 The fifth call of their presidencies was planned long in advance and covered a variety of topics, including Russia's invasion of Ukraine

Chinese President Xi Jinping and US President Joe Biden held the fifth phone call of their presidencies on Thursday against the backdrop of US House Speaker Nancy Pelosi potentially planning a visit to the self-governed Taiwan, which is claimed by China.

Biden was joined in the call by Secretary of State Antony Blinken and other top officials. The call lasted two hours and 17 minutes, according to the White House.

"The conversation between the two about Taiwan, it was direct and it was honest," a US official said.

Chinese state media reported that Xi warned Biden against "playing with fire" over Taiwan, with him saying that the US should follow the "one-China principle" as Chinese authorities were strongly opposed to Taiwan's independence as well as the interference of any external forces.

"Those who play with fire will only get burnt," state media quote Xi as warning Biden. "[We] hope the US side can see this clearly."

A statement by the White House said President Biden was committed to the United States' policy on Taiwan and strongly opposed unilateral efforts to undermine the peace and stability between the island-state and China.

According to the press statement, the two presidents spoke on "a range of issues important to the bilateral relationship and other regional and global issues."

After the call, Taiwan thanked Biden for his support and said it would continue to deepen its security partnership with the US, the foreign ministry said in a statement on Friday.

Why is Taiwan such a sensitive issue for US-China relations?

China has vowed to reunite democratically governed Taiwan with the mainland, even if it means using force.

In light of Russia's recent invasion of Ukraine, concerns about China's turning that threat into reality are rising.

"This is about keeping the lines of communication open with the president of China, one of the most consequential bilateral relationships that we have, not just in that region, but around the world, because it touches so much," White House national security spokesman John Kirby told reporters on Wednesday prior to the call of the presidents. 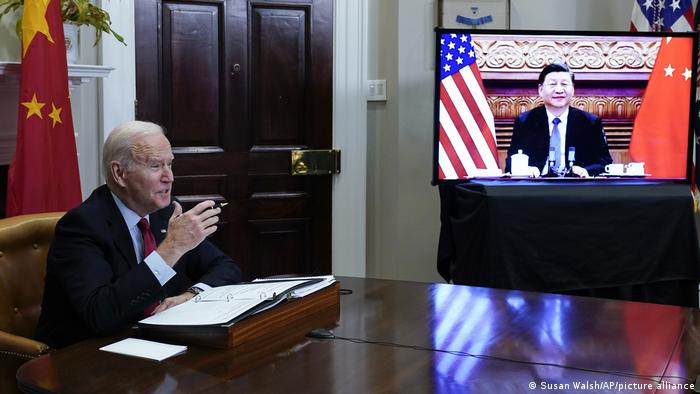 China has warned of "serious repercussions" should Pelosi visit Taiwan, as this would be a dramatic symbol of support for the island and the first time a US House of Representatives speaker has traveled there for 25 years.

Pelosi is known to be a longtime critic of China and has condemned human rights violations in the country.

Washington follows a "one China" policy and recognizes Beijing instead of Taipei diplomatically, meaning that Taiwan does not have any official relations with the United States. China demands that countries choose between holding formal relations with either Beijing or Taipei. However, the US also provides considerable political and military support to Taiwan while stopping short of formal diplomatic relations.

"If the US insists on going its own way and challenging China's bottom line, it will surely be met with forceful responses,'' Zhao Lijian, a spokesperson for China's Foreign Ministry, told reporters earlier this week. "All ensuing consequences shall be borne by the US.''

Biden last week told reporters that US military officials believed that it was "not a good idea'' for the speaker to visit the island at the moment. Kirby said the administration had been in touch with Pelosi's office to make sure she has "all the context" she needs to make decisions about her travel.

China warns US it should not play with fire: DW's Michaela Kuefner

Bonnie Glaser, a China expert at the German Marshall Fund of the United States, told the news agency Reuters that Biden and Xi would need to focus their call on de-escalation, including possible mechanisms to reduce the risk of mishaps.

Meanwhile, Taiwan said that just ahead of Thursday's call its military fired flares to warn away a drone possibly probing the defenses of a strategically located and heavily fortified island close to the Chinese coast.

Neither the Chinese or US side made any comments on whether Russia's invasion of Ukraine was discussed in the over two-hour long call.

Japan's Defense Ministry has said Russia's invasion of Ukraine could encourage China to act against Taiwan. Meanwhile, South Korea will ramp up military drills with the United States.