Outrage is growing among Africans everywhere after a new spate of xenophobic attacks in South Africa. Politicians and citizens alike are calling on South Africa's government to act decisively to prevent further violence. 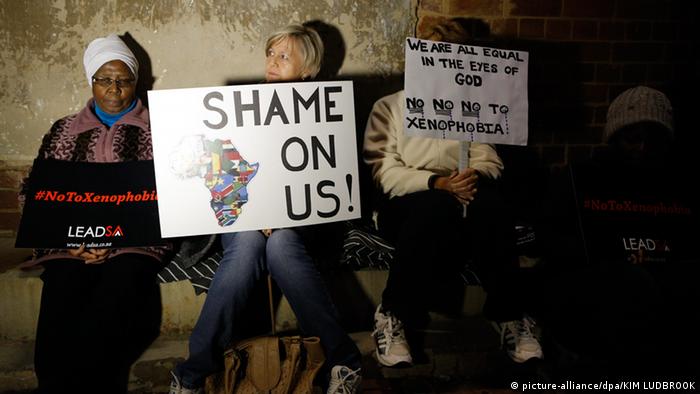 Taking to the social platform Twitter, Nigerian Foreign Minister Geoffrey Onyeama vented his anger at the attacks which also targeted Nigerians living in South Africa. "Received sickening and depressing news of continued burning and looting of Nigerian shops and premises in South Africa by mindless criminals with ineffective police protection," he wrote. "Enough is enough." Without getting into details, Onyeama said that Abuja would take "definitive measures."

Nigerian President Muhammadu Buhari who was expected in Cape Town on 4 September 2019 to attend the African edition of the World Economic Forum said he would send his envoy to South Africa to discuss the matter.

Pressure is growing at home for him to take a decisive stance. Former presidential candidate Oby Ezekwesili called on Twitter for stronger intervention by the government: "The maiming and killings have gone on for too long without effective response. The bilateral relations with South Africa is [sic] troubled. It is time to be candid," Ezekwesili wrote.

Resentment has been growing between the two countries owing to an increase in attacks against immigrants in South Africa. It has long reached the general population. The National Association of Nigerian Students spearheaded protests that involved the picketing of South African companies operating in Nigeria. 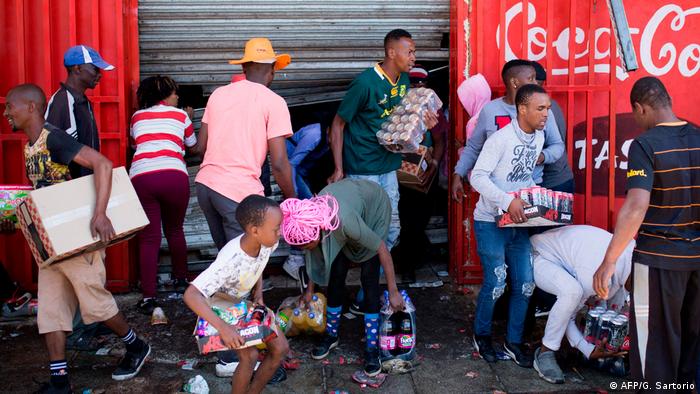 Looting continued in the night to Tuesday

Many young black South Africans came to Nigeria to study when the majority was oppressed by a white minority. Scholarships granted by the Nigerian government allowed them to frequent some of the best schools in the country. It is a very different situation for Tobore Ovuorie, who was hoping for to study in South Africa. Recent events have changed his mind: "Maybe it is God that does not want me to go there, so let me look elsewhere for scholarship. Those of us interested in going there for a PhD degree are now looking for somewhere else to go," he told DW.

Others, like student Jennifer Acho, point to thriving South African businesses in Nigeria. "We allow their businesses to operate here in Nigeria without any hindrance, whereas they are killing our own people over there," she told DW.

Zimbabweans are one of the bigger groups of African immigrants in South Africa and have accordingly been targeted too. Everson Chakadya's brother, a truck driver, is among the victims of xenophobia in the neighboring country. "A month ago, he was petrol bombed at a road intersection. He was beaten up and left for dead. He lost all the goods he was transporting. ... I don't think such behavior should be tolerated," Chakadya told DW. 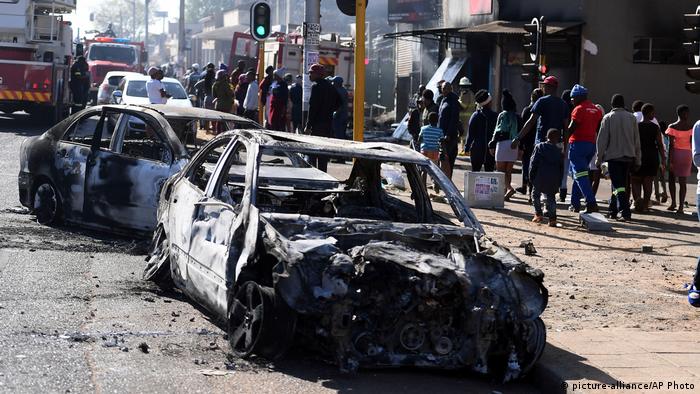 Violence against foreigners threatens to destabilize relations with other African countries

Zimbabwe’s Government Spokesperson Nick Mangwana said today that he expected the South African government to protect its immigrants. But he also warned Zimbabweans: "If you are going into a place where there are criminals you have to be cautious, sensible and responsible."

Officials in Lusaka reacted with outrage after Zambian truck drivers were attacked in South Africa on Monday. According to the national broadcaster ZNBC, Information and Broadcasting Services Permanent Secretary, Chanda Kasolo called the events "unfortunate and barbaric," adding that South African authorities needed to "take charge of the situation."

More than 20 people were arrested in connection with the attacks on trucks and a wildcat strike by South African truckers to protest against their foreign colleagues. At least 70 people were arrested when hundreds of people marched through Johannesburg's Central Business District (CBD) on Monday, plundering shops and torching cars and buildings. Despite heavy armed presence by security forces, protests and looting continued through the night from Monday to Tuesday in the township of Alexandra.

The South African government insists that the events are not a result of xenophobia, being criminal in nature. Employment and Labor Minister Thulas Nxesi has invited those African countries whose nationals were targeted to join South Africa in solving the problem. "It's not a simple matter. It's a very complex matter. And we hope that as we are interacting with our counterparts, we are going to be able to find a solution," he said.

Political figures in South Africa have condemned the latest attacks on foreigners in Durban. At the same time, their anti-migrant rhetoric ahead of elections on May 8 is fueling the country's simmering xenophobia. (02.04.2019)