South African government accused of xenophobia over its treatment of migrants | Africa | DW | 13.08.2019

Outrage is growing over what is seen as the targeting of undocumented migrants in South Africa. After a raid and the arrest of about 500 people, the government is being accused of using the migrants as scapegoats. 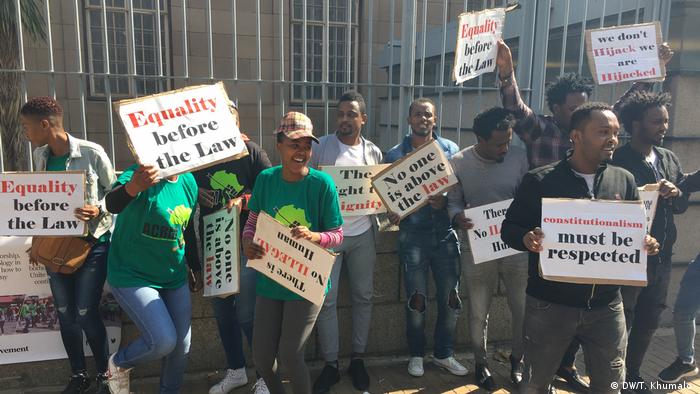 The arraignment on Monday of hundreds of African migrants considered illegal by the authorities was met with forceful protests outside the Johannesburg magistrate court. The African nationals had been arrested during a raid of migrant-owned shops in the city the previous week. Police charged them with flouting immigration laws by entering the country illegally.

Several court rooms were packed to the brim as hundreds of the arrested immigrants appeared in groups. They looked traumatized, shocked and depressed. Many who had no documents were immediately sent to the Lindela repatriation center, from where they will be deported to their countries of origin.

Dozens of immigrants and concerned South Africans protested in solidarity outside the court. Organizations representing migrants were angry with the police and the government, especially after the state prosecutor conceded in court that some of the arrested immigrants were in possession of documents. He said they were being kept in police custody to allow the authorities to verify the documents' authenticity. The non-governmental organization African Diaspora Forum described the arrests as "xenophobic, chaotic, brutal, inhumane and illegal." 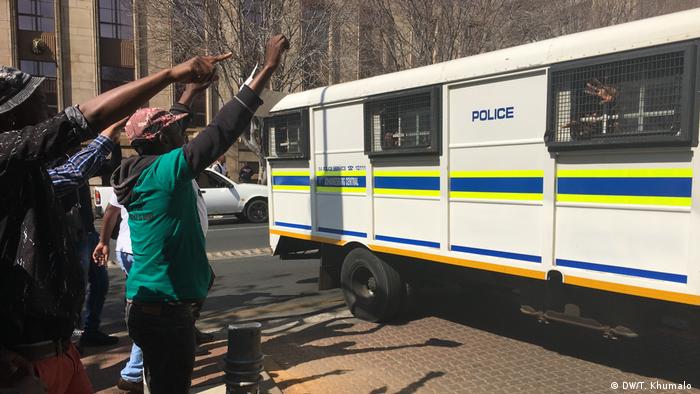 Demonstrators showing solidarity with arrested migrants outside the court in Johannesburg

Tadesse Yemane, an Ethiopian immigrant, was at the court in solidarity with the arrested migrants. "I object to the narrative that these people are criminals. They didn't do anything. They were just rounded up by the police while inside the restaurants and their working places," he told DW, adding that they were not even given a chance to show whether they were carrying the required documents or not. "They are just law-abiding citizens who happen to be victims of police brutality," he said.

The African Civil Revolutionary Movement (ACRM), a South African political party that seeks to unite migrants, criticized the government for trying to use them as scapegoats for its failures. "People were released even before appearing in court, they arrested them before confirming allegations. Some were unlawfully kept in custody when they had legal documents," said Tenage Kumbe, the ACRM's chairman, who called the government "biased." 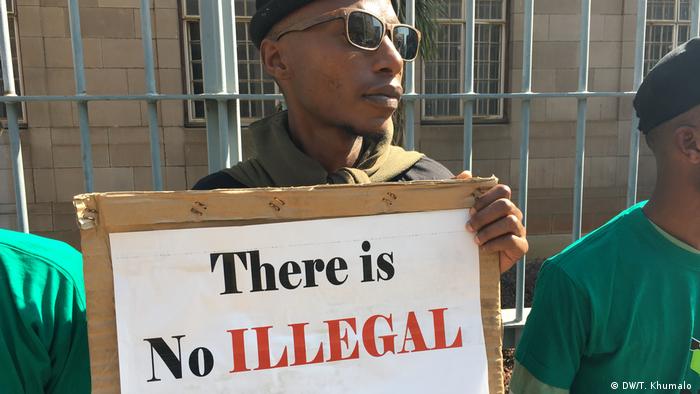 Civil society says the government is using migrants as scapegoats

The case also has repercussions outside the country. A student movement in Nigeria threatened to target South African nationals and companies in retaliation. South Africa's minister for international relations and cooperation, Naledi Pando, felt compelled to issue a statement denying that her government is targeting foreigners and their businesses. She stressed that the police had to maintain law and order after immigrants attacked them when they were carrying out the raids. "You cannot behave in that way towards the police service. The police have a duty to maintain law and order and that must be respected by every person who is a resident in our country," Pando said.

Recently, the Nigerian Senate spoke out strongly against the deaths of some of its nationals in South Africa. With Nigerian President Muhammadu Buhari expected to visit South Africa in October, international relations experts say that President Cyril Ramaphosa would be well advised to prepare a good explanation for the government's perceived xenophobia.

Just weeks after a fresh wave of anti-immigrant protests, South Africa's Institute for Race Relations has released a report highlighting immigrants' entrepreneurial skills and their sizable contribution to the economy. (13.03.2017)