Wrestling with the past: The burden of the Jewish legacy

The documentary "Tacheles: The Heart of the Matter" tells the story of a third-generation Jew who tries to free himself from the Holocaust legacy by playing a computer game. 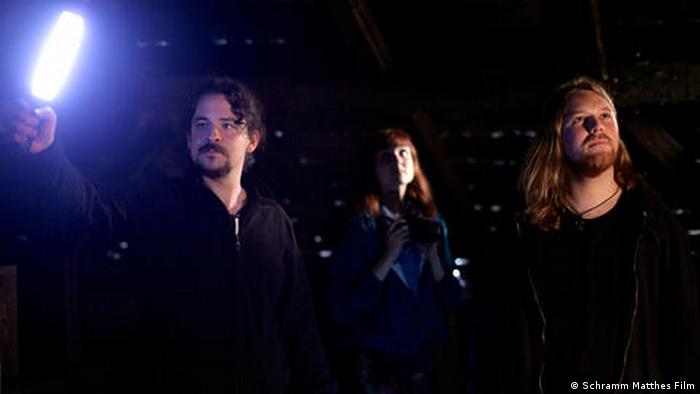 'Tacheles: The Heart of the Matter' is now playing in German cinemas

Those who speak "Tacheles" get straight to the point. This is a common definition of the Yiddish term, which has its origins in the Hebrew tachlit (meaning "goal" or "purpose"). In the documentary Tacheles: The Heart of the Matter (German: Endlich Tacheles) by renowned Berlin filmmakers Jana Matthes and Andrea Schramm, people also speak plainly.

"Why am I the least Jewish Jew in the world?" asks Yaar in the movie. He is a young Jew from Berlin and the film's main protagonist. "Let's start with the fact that I'm not circumcised. We never celebrated festivals, never ate kosher. My girlfriend is German.I don't know anything about Judaism, don't even know the prayer that's said on Shabbat," he answers, adding, "and yet I was sometimes the Jew pig in school."

These frank words are what prompt the viewer to think about Yaar, his ancestors, the Holocaust and, in the end, about guilt, responsibility and reconciliation. What do young people of the third generation have to do with the Shoah today? That is the precarious question that the film explores in a way that is as unusual as it is emotional. 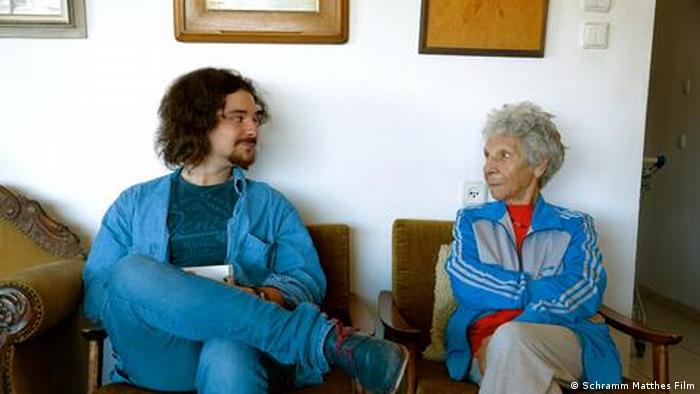 Yaar and his grandmother, Rina, journey to the past

Dealing with suffering through provocation

Yaar was born in Jerusalem and came to Germany when he was 5 years old. In Germany, his divorced parents constantly confronted him with their past and that of his grandparents. He accuses his father — who is still traumatized — of suffering from the Holocaust, although he did not experience it personally. Now, the 21-year-old wants to become a computer game designer.

Out of rebellion, he and his friends Sarah and Marcel plan to create a computer game called "When God Slept." In it, the roles are reshuffled: the player acts as a Jewish girl as well as a Nazi who protects Jews. The girl in the game is the alter ego of Yaar's grandmother, Rina, and is supposed to defend herself against her fate. Her antagonist is an SS officer inspired by a relative of Marcel. The unique element: Yaar aims to give him the role of a "human Nazi" — a "good Nazi" — who saves Jews by opening up the train doors while en route to a concentration camp. 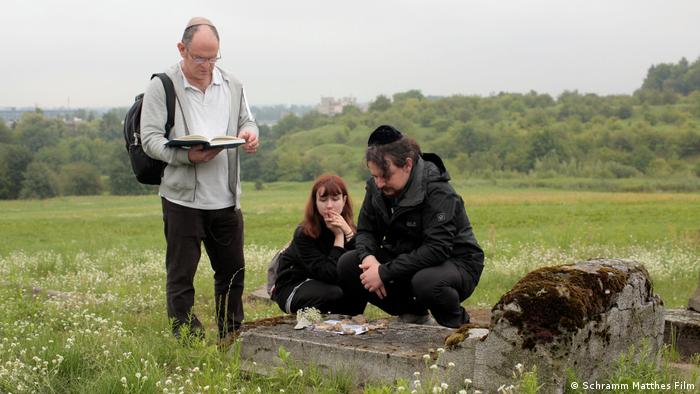 Yaar visited the grave of his great-uncle

Yaar, as a young Jew, banks on the story to help free himself from his ancestors' experience of the Holocaust. "Provocation is my way of dealing with it," he says. He feels he has nothing to do with the history that happened over 80 years ago. In the course of developing the game, he traveled to Israel and Poland — specifically, to Krakow, the city where his grandmother, who lives in Israel, came from. There, he got caught up in his own family history.

For the directing duo Schramm and Matthes, this very conflict was food for thought for a film they had been wanting to make for several years on the subject of contemporary Jewish life in Germany. Yaar, who was interning at their film company, was the ideal candidate for the film. 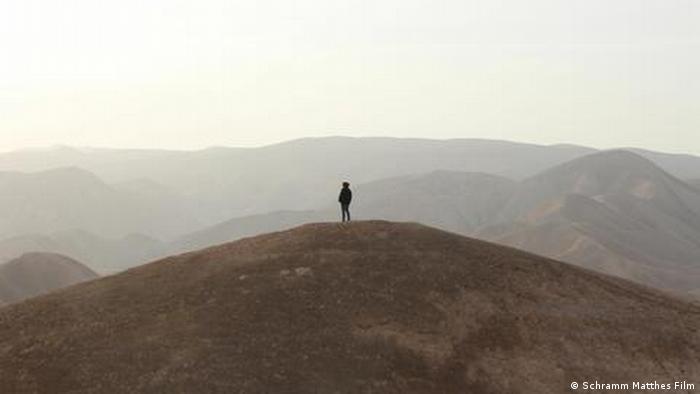 In Israel, protagonist Yaar confronts his past

"At first, he was supposed to research the topic. From the beginning, however, we noticed that there was a tremendous amount of pressure on him and that he was struggling with his Jewish heritage. When he then told us his story, it quickly became clear that his own story was much more interesting," explains Matthes. "Yaar also realized that he could not free himself from the history until he had processed it himself; once he had grasped and understood it."

The story took on greater dimensions and was the reason why the originally planned short TV feature became a 104-minute documentary. There is also a 50-minute educational film version available to domestic and foreign educational institutions for teaching purposes, which includes English subtitles. After a long production period of four years, which was confounded by funding constraints and the COVID pandemic, the film premiered at the DOK.fest in Munich in May 2020 and was nominated in June as one of 12 films for the German Documentary Film Award. It has now been released in German cinemas. 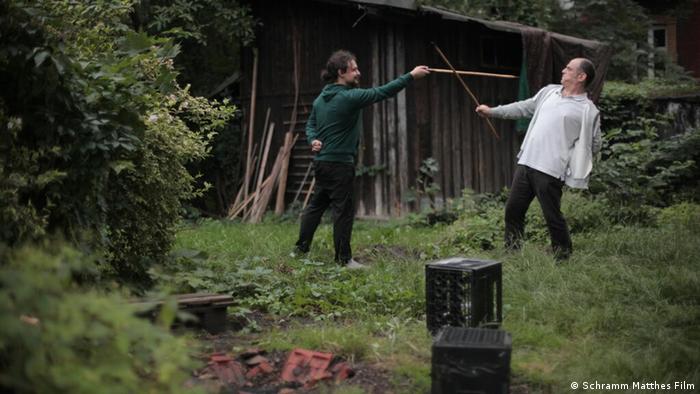 Meanwhile, Yaar is finishing his studies as a game designer. He has since moved on from his original idea for the game "When God Slept."

"One would have to see if a story like that could be created without idealizing Nazis," says Matthes, referring to a potential computer game remake. After all, an interactive game as a new form of remembrance is an appealing way to introduce young people to this significant topic.

This text was translated from German by Louisa Schaefer.

Under the motto "Sweet 'n' Jewcy," Germany's largest Jewish film festival will present a wide variety of topics. As one filmmaker puts it, "Israel has many stories to tell."

Award-winning filmmaker Samuel Maoz shares with DW the personal story behind his latest film, Foxtrot, and why his allegory of Israeli society made him an enemy to many in his home country.

9 facts you need to know about Berlin's new Staatsoper

After closing for renovations in 2010, the new and improved Staatsoper is finally re-opening. Here are some things about this historic venue you may not have known.

Israel's president, Isaac Herzog, told Germany's lower parliamentary chamber that to create a better future, the past must not be forgotten, referring to the Holocaust.